There were a total of 16 gates along the inner and outer city walls. Most were demolished one by one from 1922 through 1974. A few inner city gates still remain: Zhengyangmen (Qianmen) at the center of the southern wall of the inner city; Southeast Corner Tower, sometimes incorrectly referred to as Dongbianmen, at the southeastern corner of the inner city wall; and Deshengmen, at the center of the northern wall of the inner city. Deshengmen was partially destroyed in 1923, but the fort is still intact. This is the best gate to visit in Beijing. It is open to the public and has an excellent museum about Beijing city walls, the Deshengmen Gate Exhibition of City Military Defense. It is also the location for bus departures for the Badaling Great Wall. Deshengmen is located at 39°56'54"N 116°22'24"E.

Along the outer city walls, no towers remain intact, but the Yongdingmen gate in the center of the southern wall was rebuilt in 2004 to 2005.

Only a few fragments of the city walls themselves remain; the largest is at the eastern end of the southern inner city wall. This span is in between the Southeast Corner Tower and the previous location of Chongwenmen to its east. It is about 1230 meters (4000 feet) long. At its eastern end, adjacent to the corner tower, a span of about 210 meters (700 feet) has been rebuilt and is open to the public. It is located just behind the Beijing Rail Station, at 39°54'1"N 116°25'40"E. Other wall fragments exist at the southern end of the western wall and at the southern end of the eastern wall.

Only the corner tower and about 188 meters at the eastern end has been restored. The unrestored part is relatively easy to access if you don't mind a little bit of climbing. 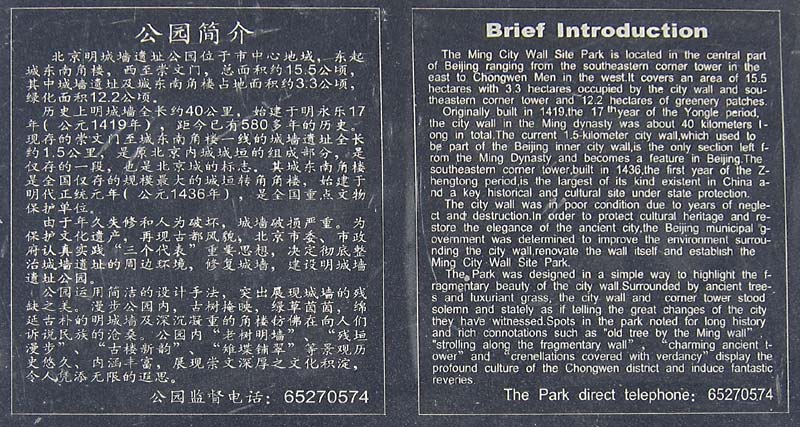 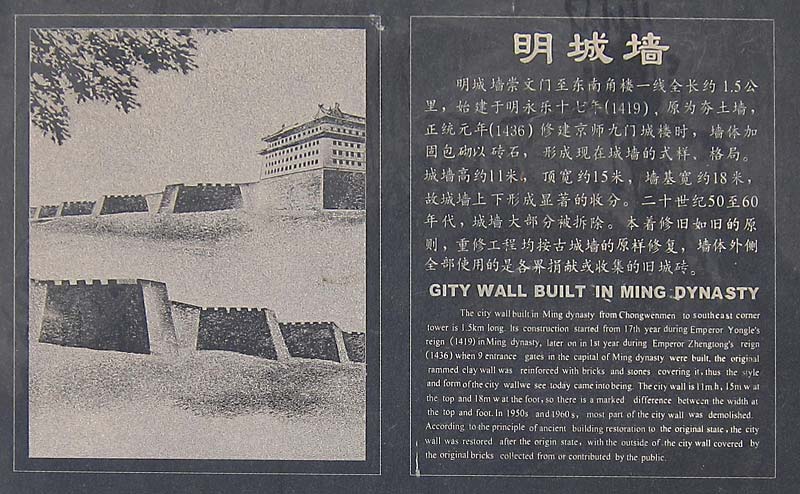 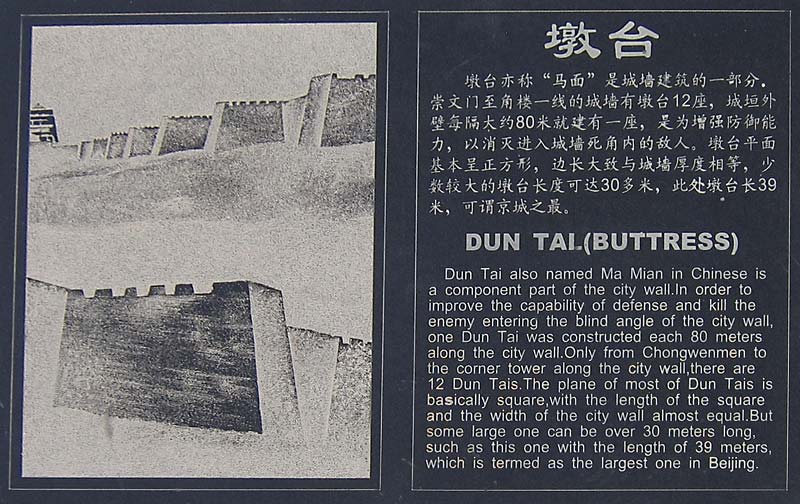 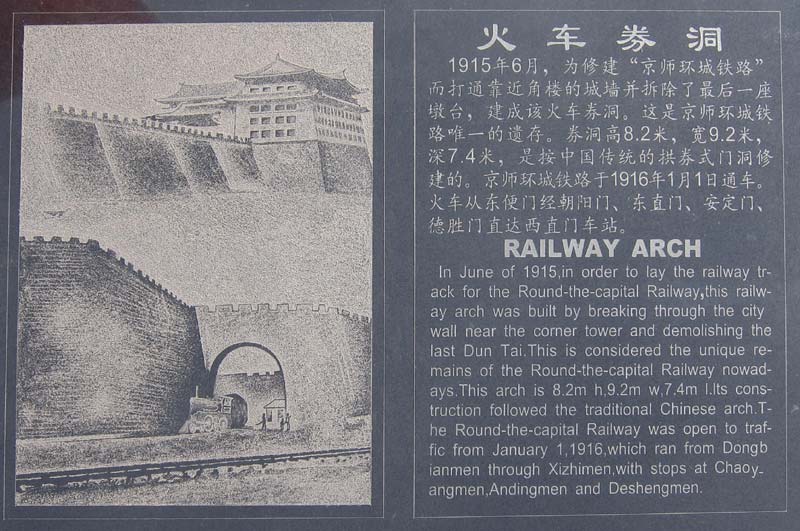 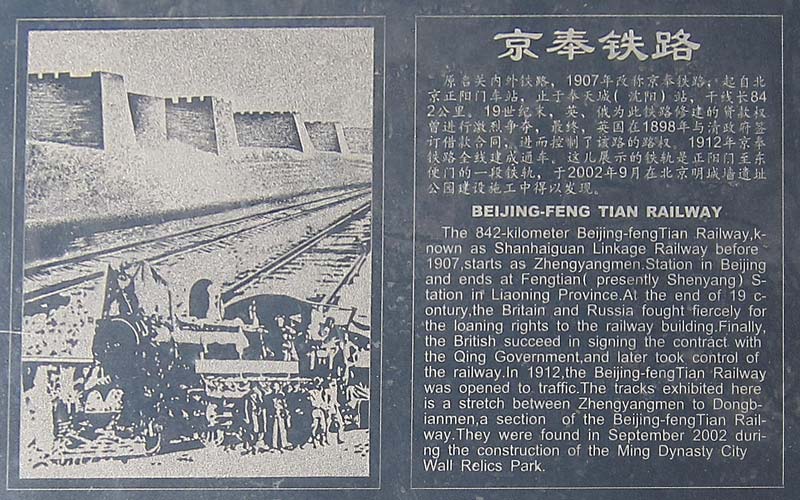 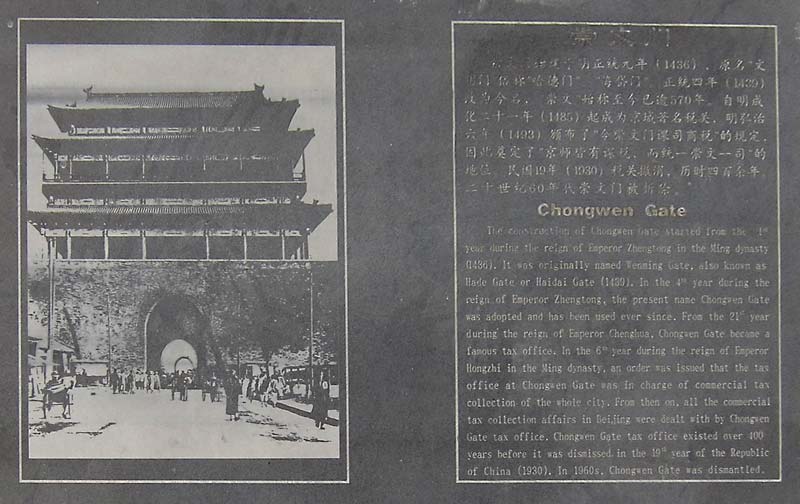 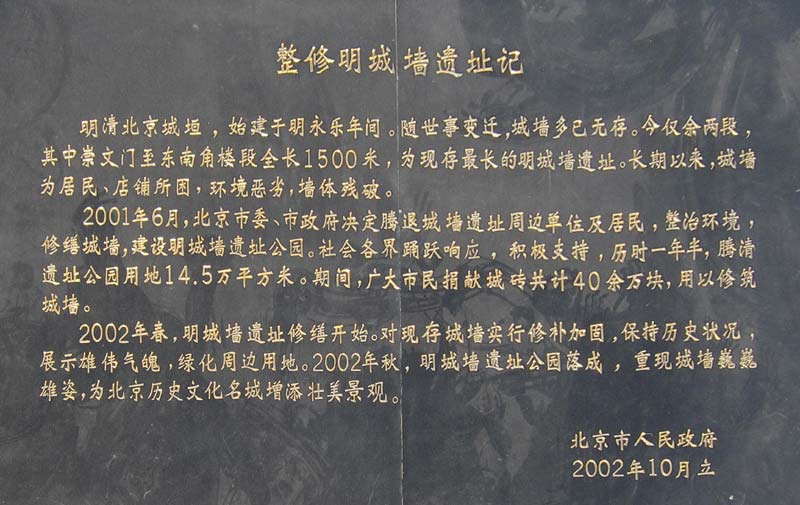 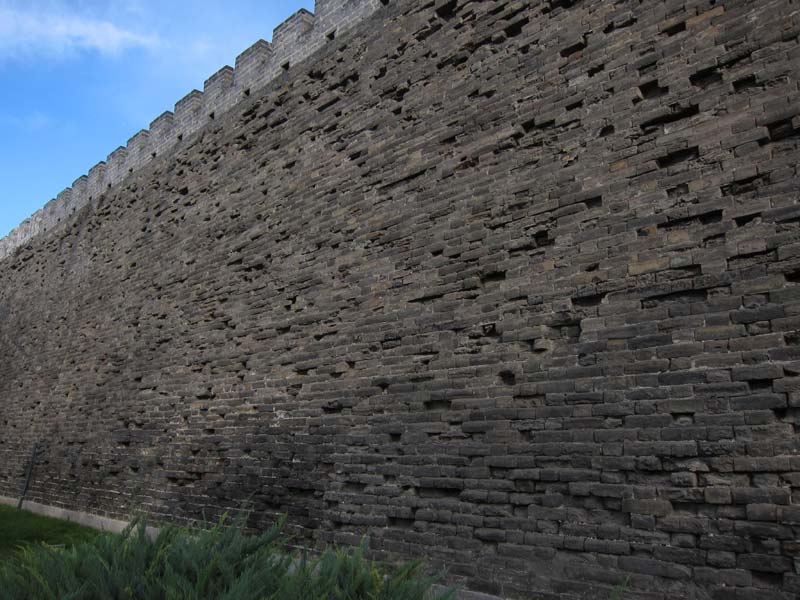 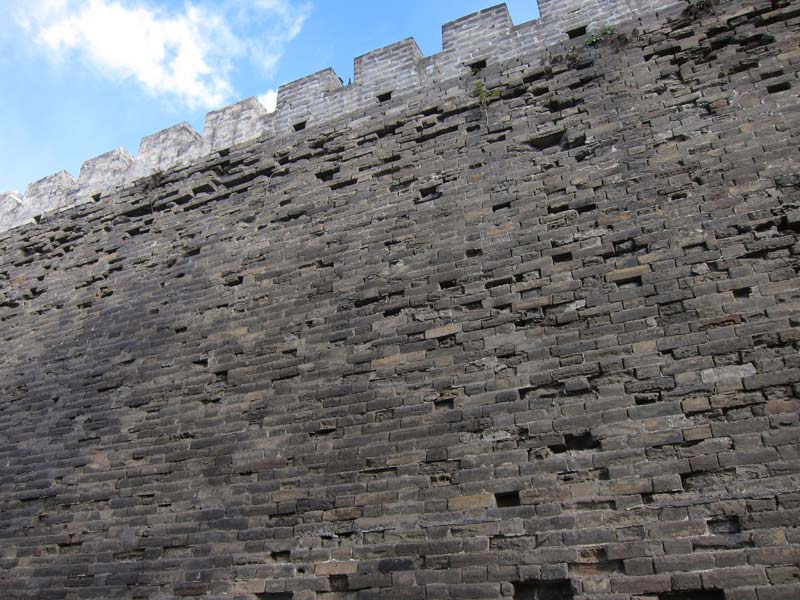 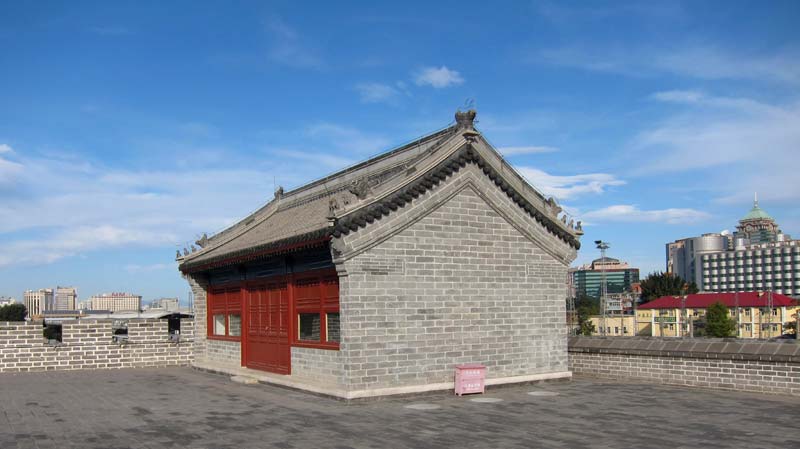 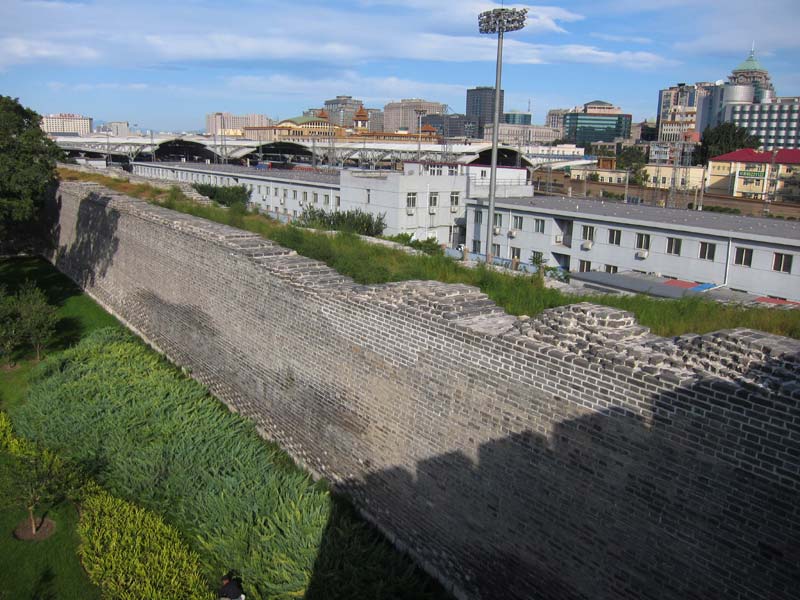 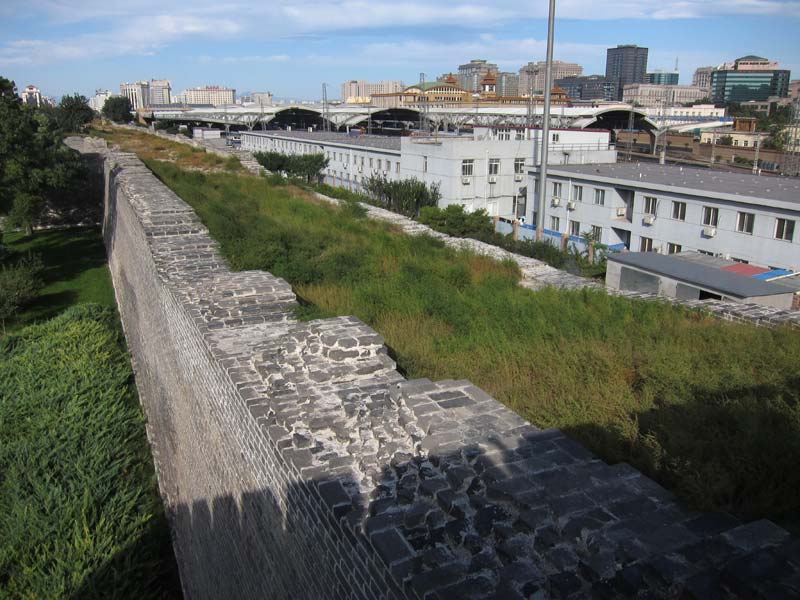 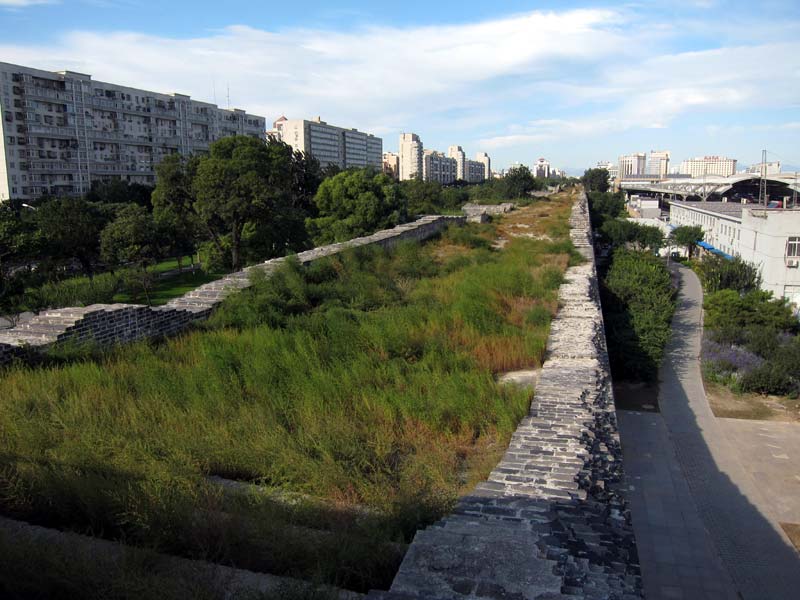 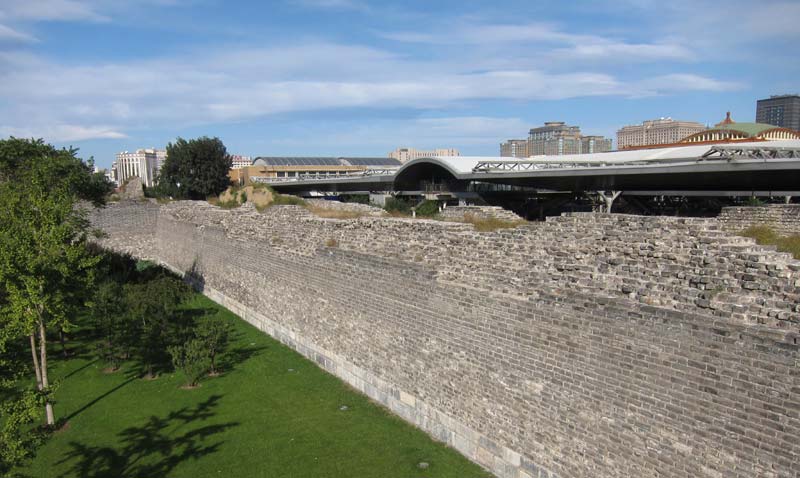 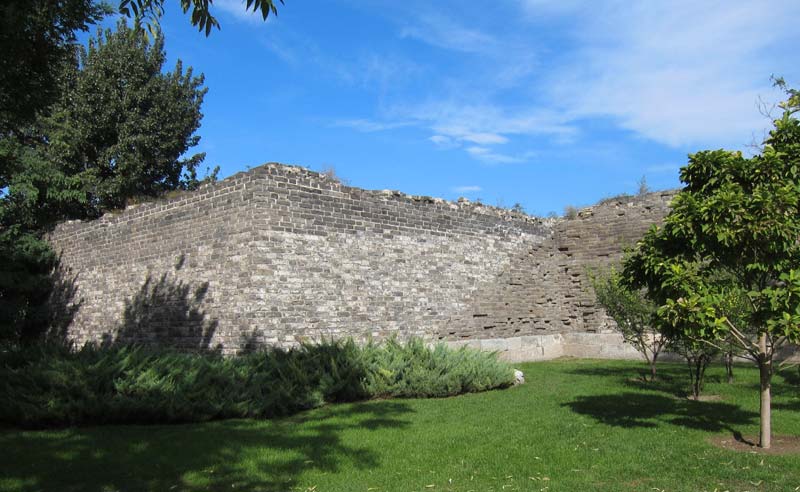 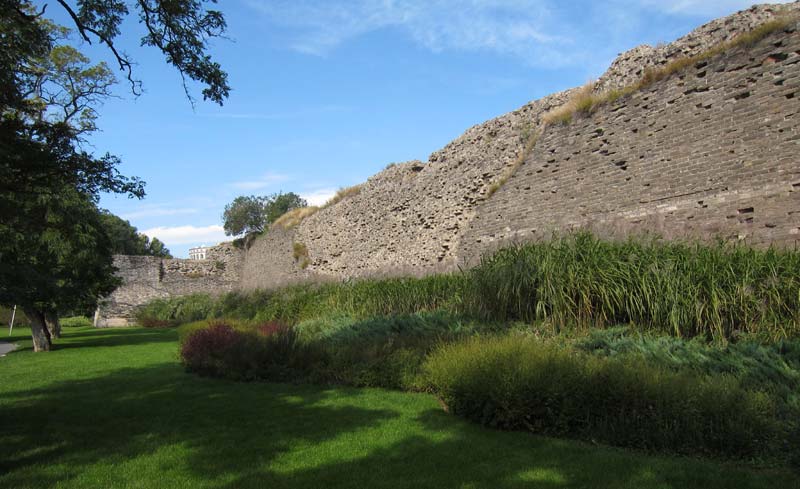 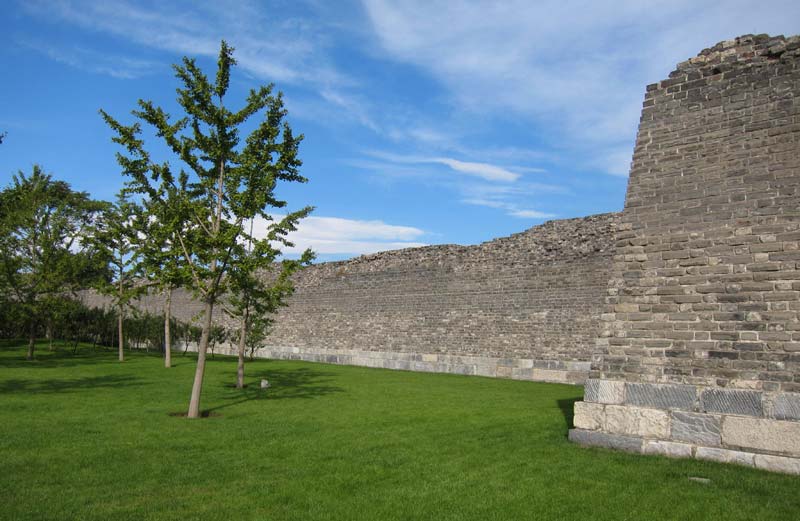 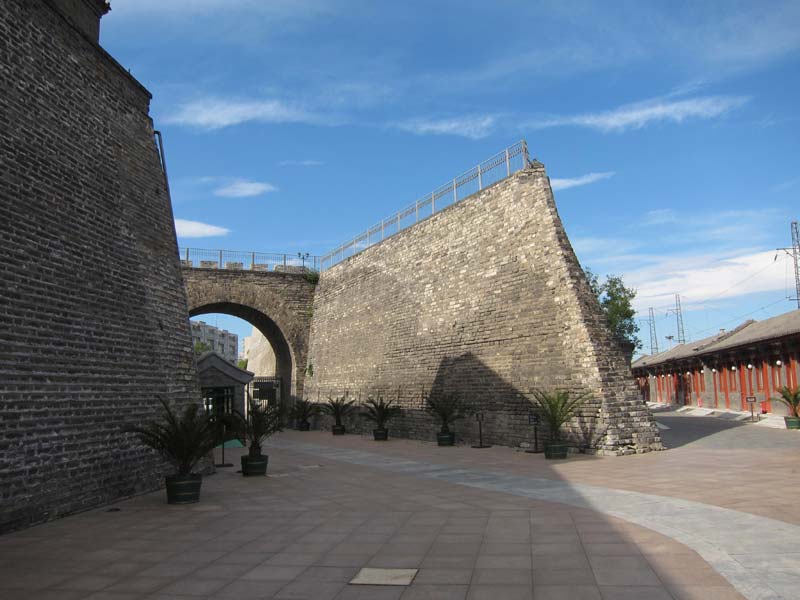 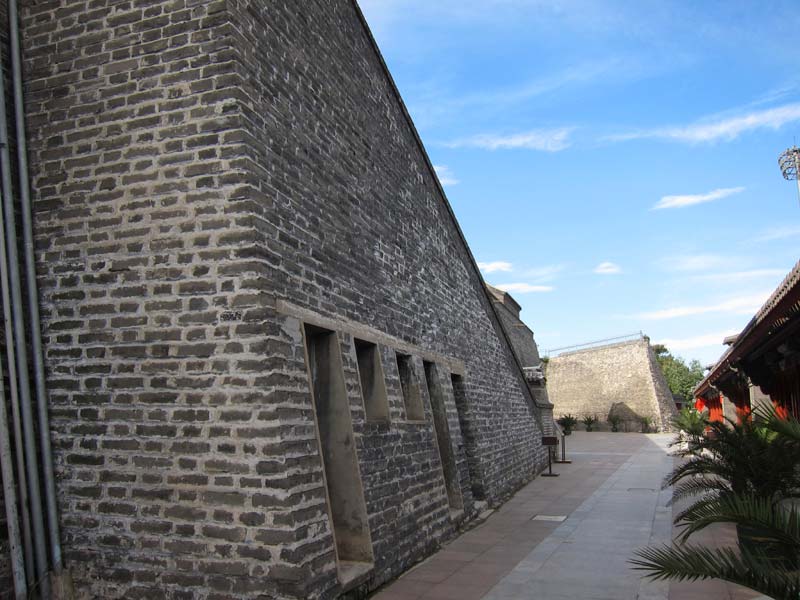 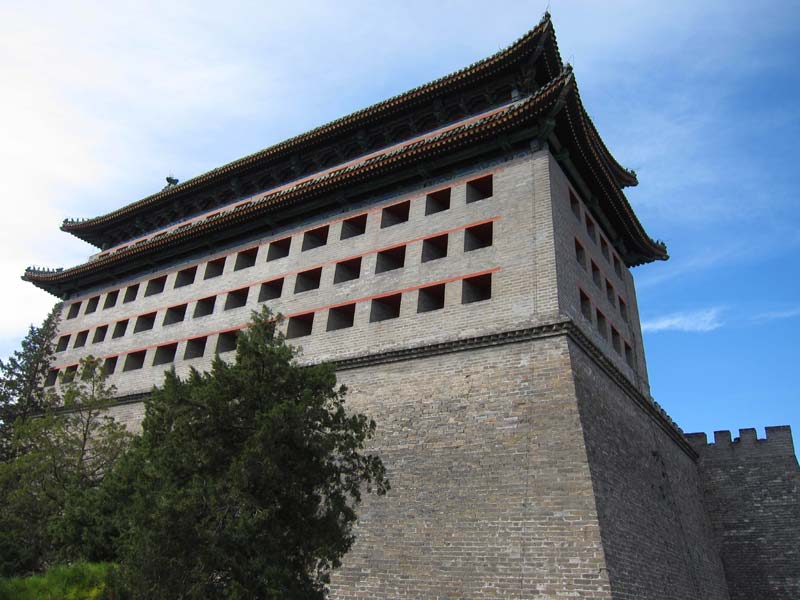 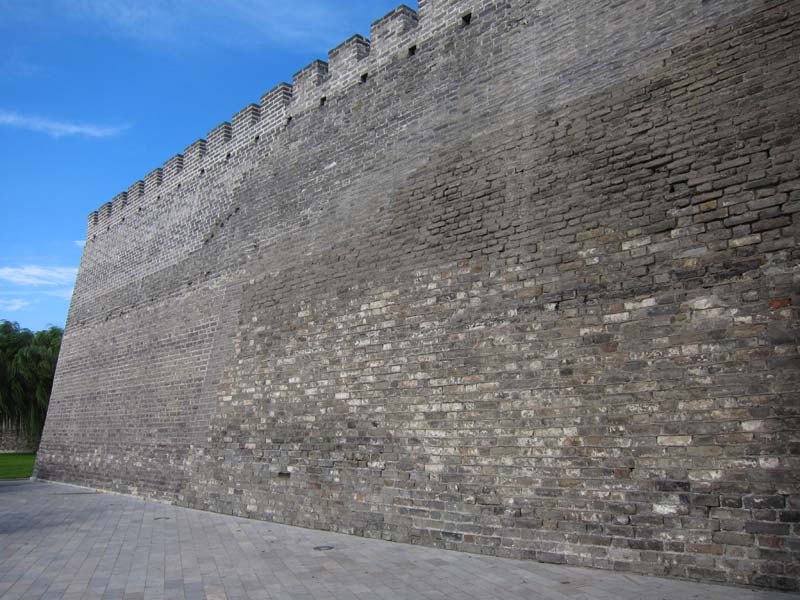 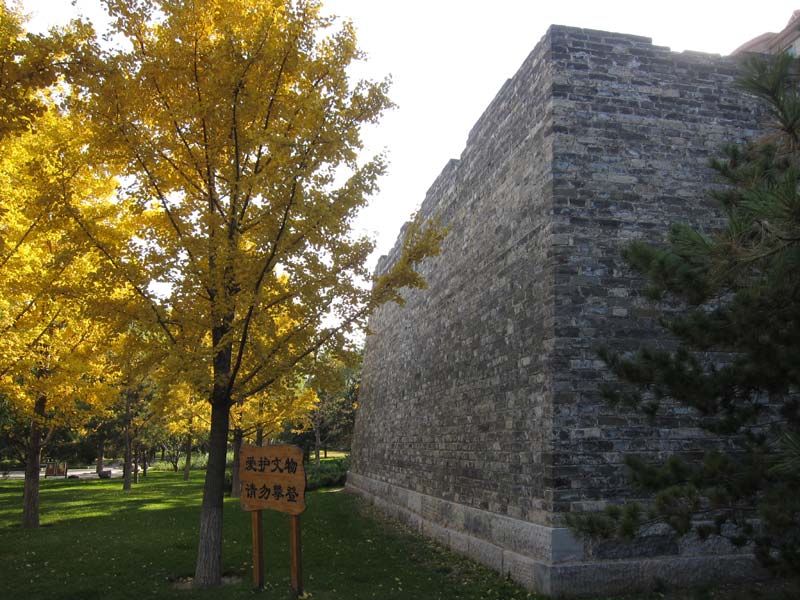 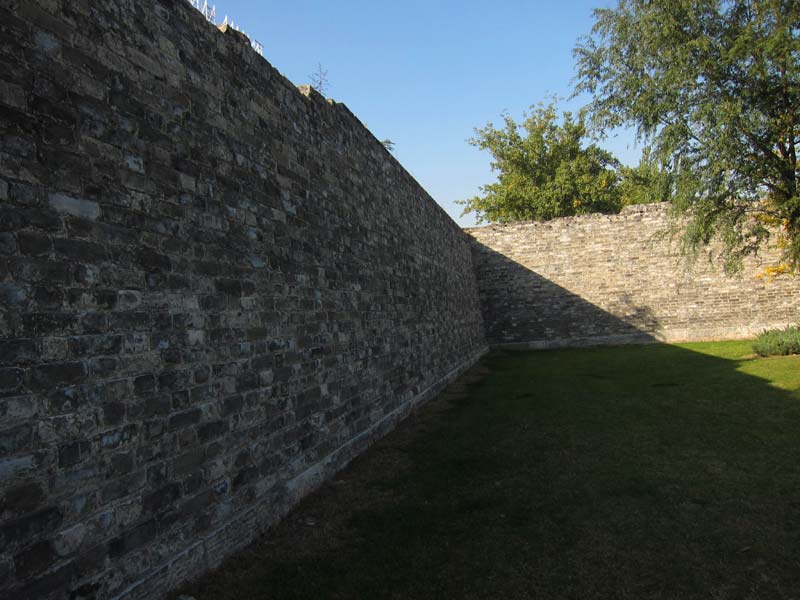 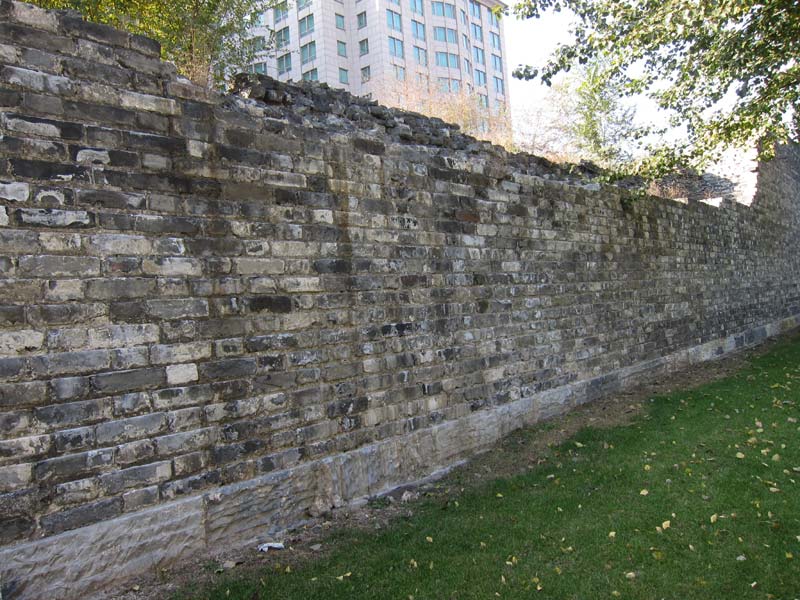 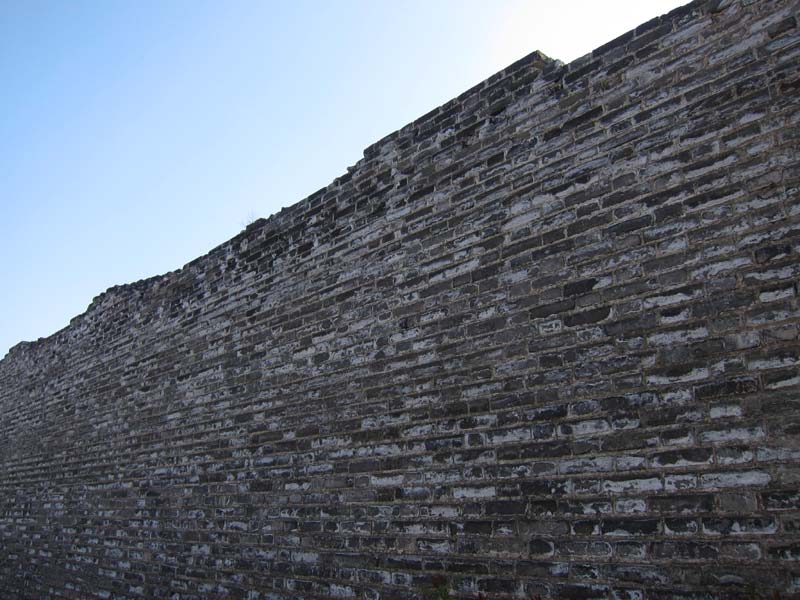 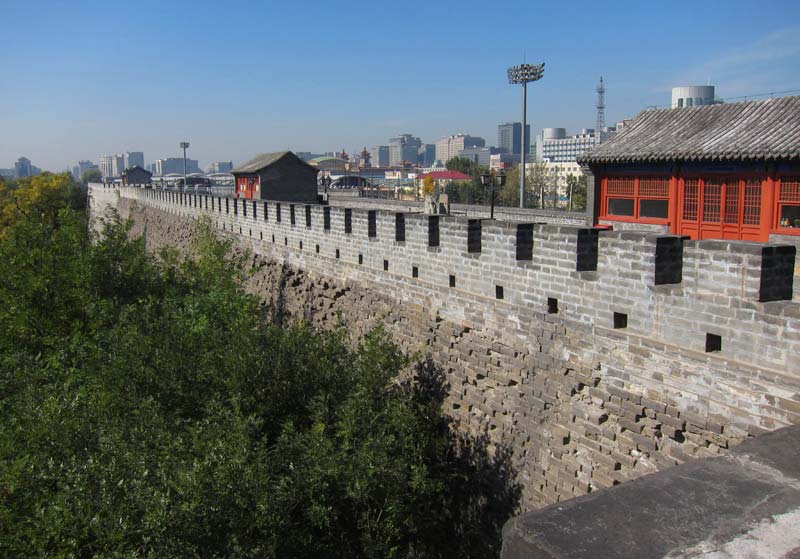 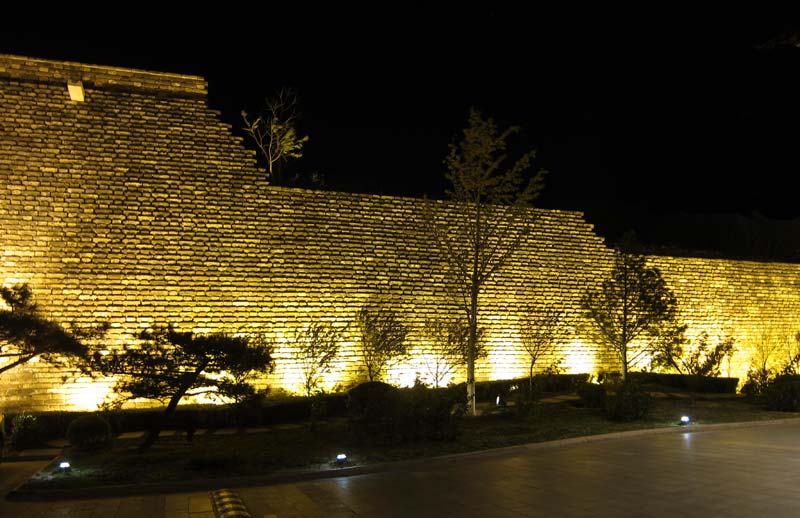