Luanping is a county in Hebei Province situated to the north of Beijing Municipality. It has a population of about 350,000 people and an area of about 3195 square kilometers (1234 square miles).

Situated to the northeast of Beijing Municipality, Chengde is a prefecture-level city in Hebei province. Chengde has a population of about 4 million and an area of 39,519 square kilometers (15,258 square miles). The urban area has a population of approximately 500,000.

The resort was built during the Qing Dynasty in the 18th century, and took 89 years to complete. It almost half of Chengde's urban area and has a perimeter wall of over 10 kilometers (6.2 miles). The wall crosses the northern border of the resort. The wall has been rebuilt and is made from stone with brick parapets. 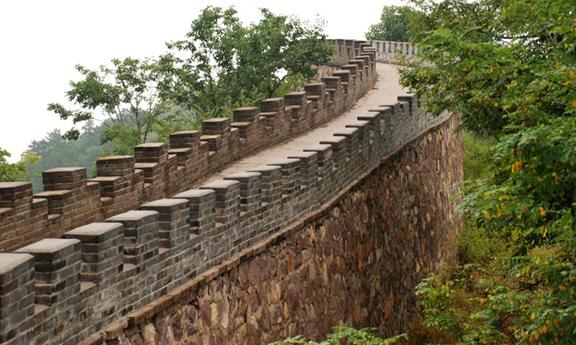 There are 72 distinctive scenic spots at the Chengde Mountain Resort. They were created under the direction of the Qing Dynasty emperors. All of them are exquisitely designed and implemented. Many are exact copies of famous locations from other parts of China.

Other interesting attractions at the resort include the Wenjin Chamber imperial library, the Putuo Zongcheng Temple, and the Punning Temple.