Lengkou was previously called Qingjing and, later, Qingshui Mingyue. It was an important, frequently attacked, strongly fortified, and heavily staffed pass on the Hebei Great Wall. Lengkou was the main battlefield in the war among Zhili and Fengtian (Zhifeng) warlords in the early years of the Republic of China and in 1933 was also one of the main battlefields in the buildup to the Sino-Japanese war in the Great Wall area.

The Lengkou Great Wall pass was built on the steep Fenghuangshan (Phoenix Mountain). Castles were built on all the twelve peaks of the mountain. The pass town's wall has been destroyed, but the arch-gate and an adjoining 15 meter-long brick wall in the south town still exist. Lengkou Village is built on the relics of the pass town. 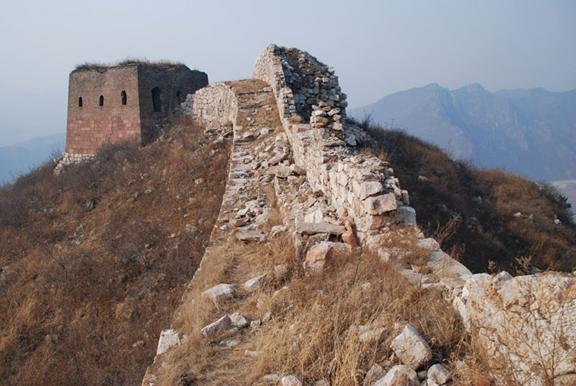 On the top of the mountain east of Lengkou Pass, you will find the ruins of a large, irregularly-shaped castle of 320 meters (1050 feet) in circumference. Its four sides were built of black bricks, most of which have collapsed. It is located at 40°10'24"N 118°50'27"E. A beacon tower is located on top of the mountain west of Lengkouguan Village. This beacon tower was built 400 meters away from the Great Wall.

Further to the east you will reach the Heliukou Great Wall, which was described in the Liujiakou section above.

At 100 meters (328 feet) elevation, the Lengkou Great Wall is the lowest in Tangshan.

Driving directions: From Beijing, drive east on the G1 Jinghua Expressway for 194 kilometers (120 miles). Exit at S252 and drive north for about 39 kilometers (24 miles) to Lengkoucun.

Lengkou is in Qian'an, about 25 kilometers from the bus station. I paid a taxi driver 50 kuai, but I'm sure it could be haggled down to 40. 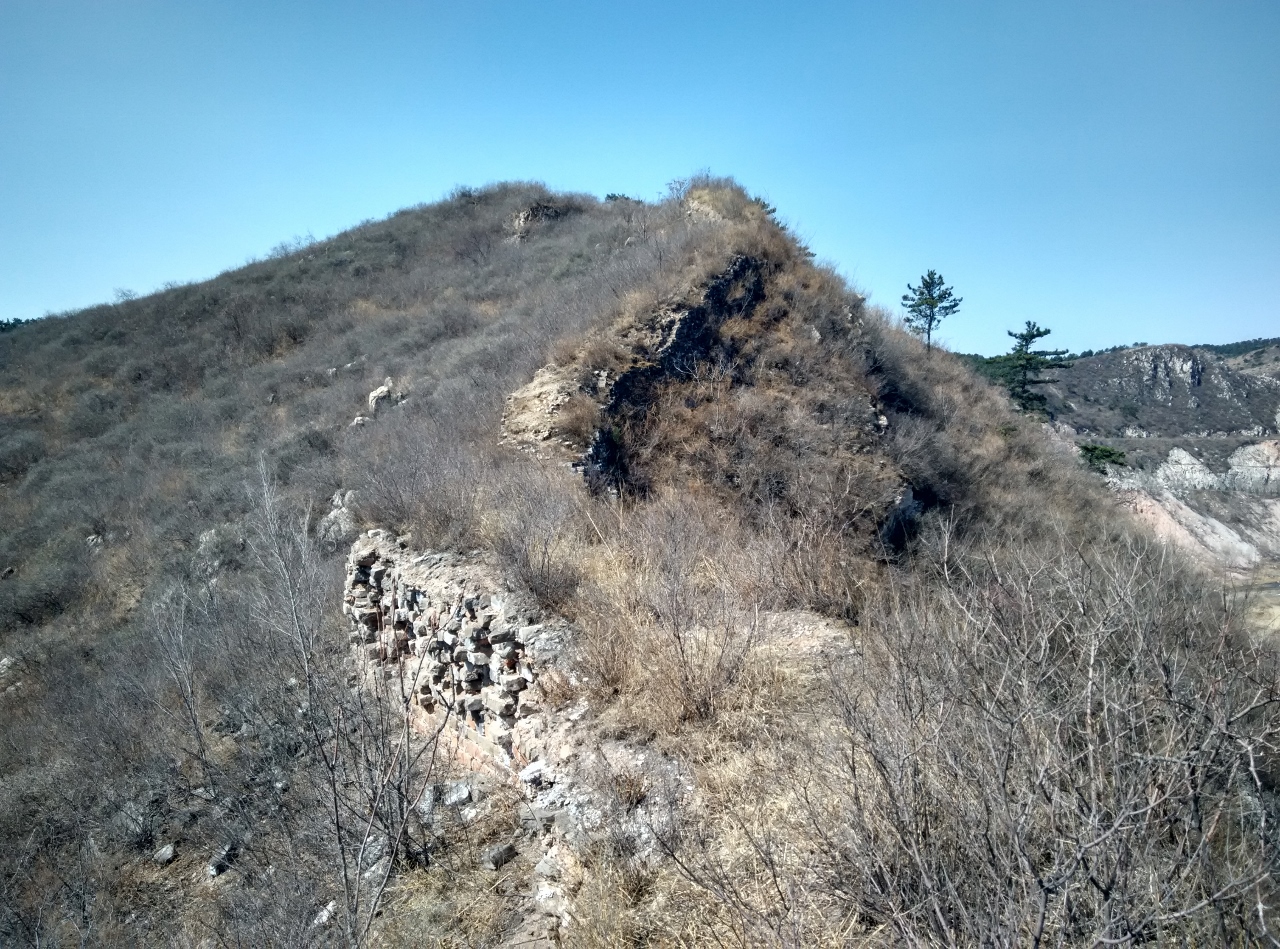 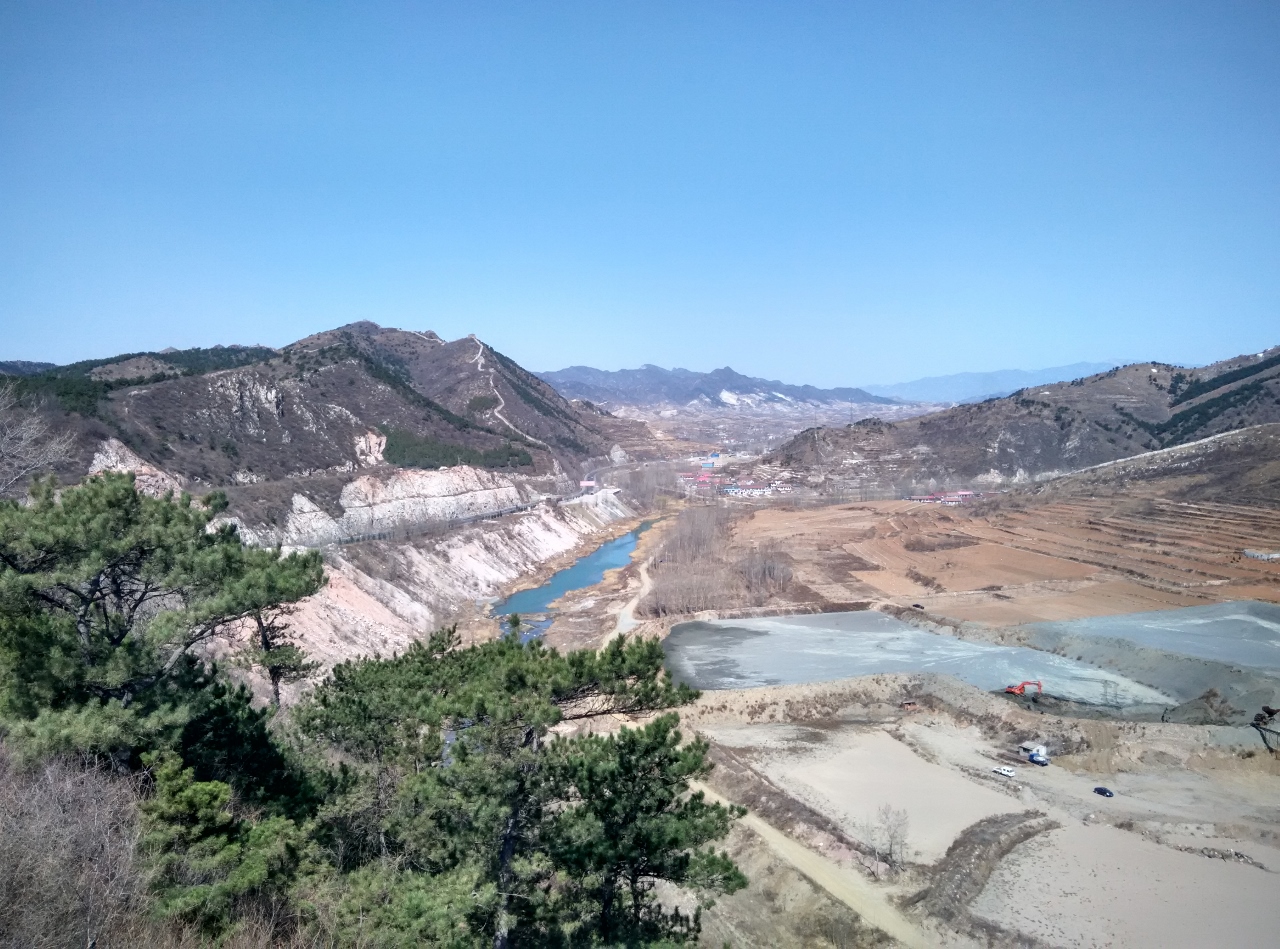 Way back, on the left side of the road, is also Lengkou Great Wall. A villager told me that part of the Wall was better than the one I walked on. 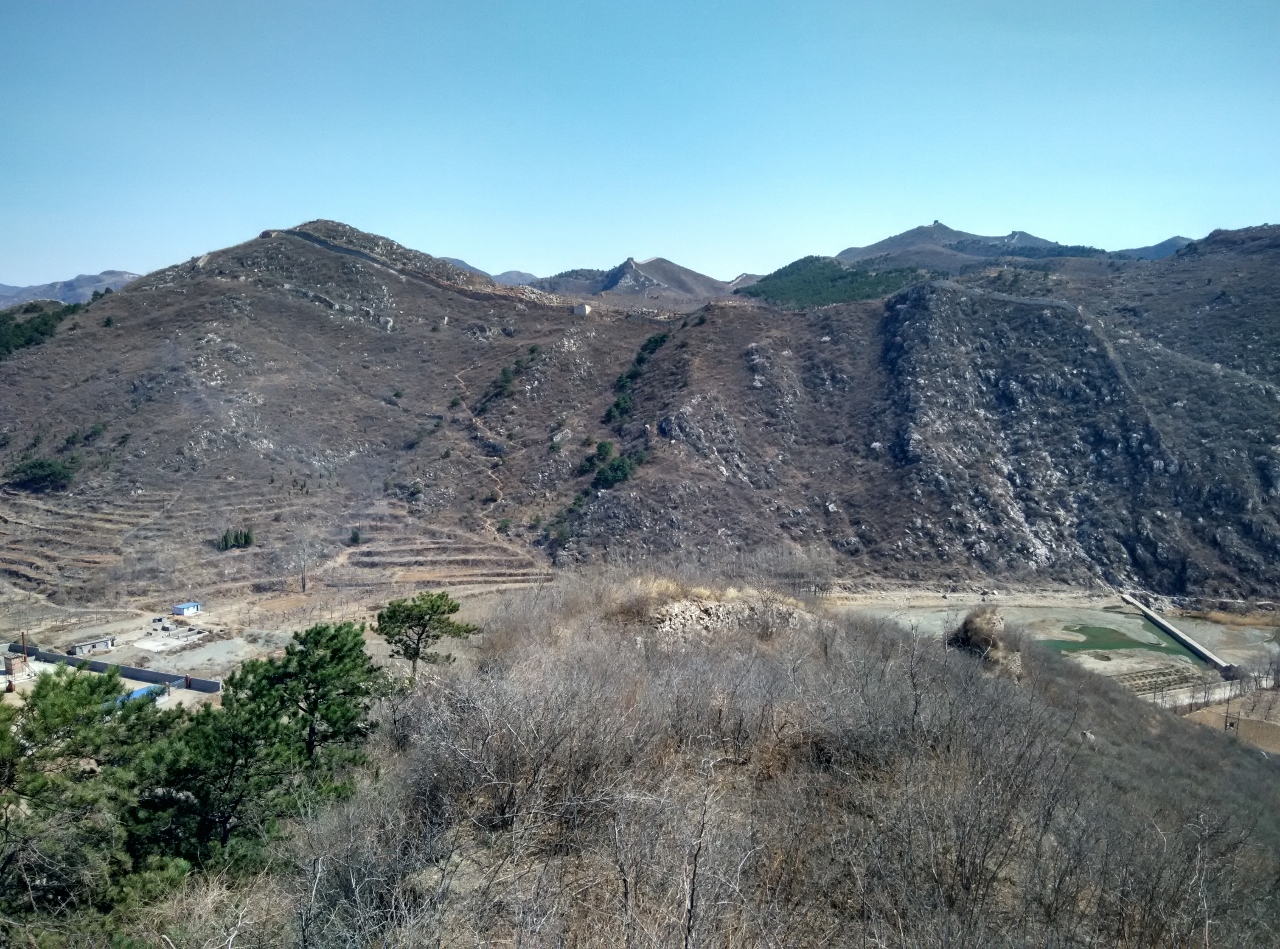 Gotta go down, cross a bridge and go up that mountain to continue on the Wall. 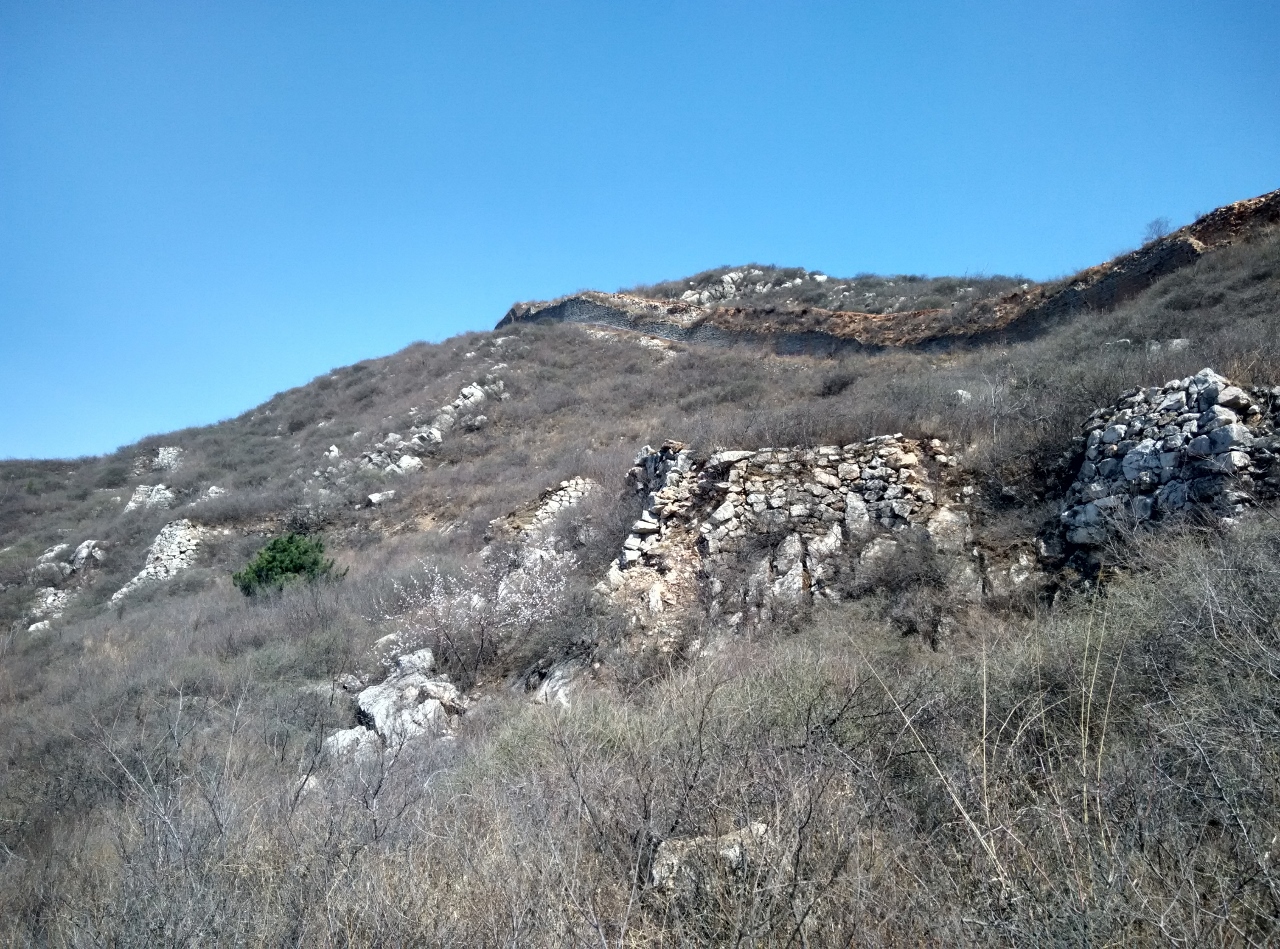 What was the purpose of these structures? I mean, they're not part of the Wall, right? 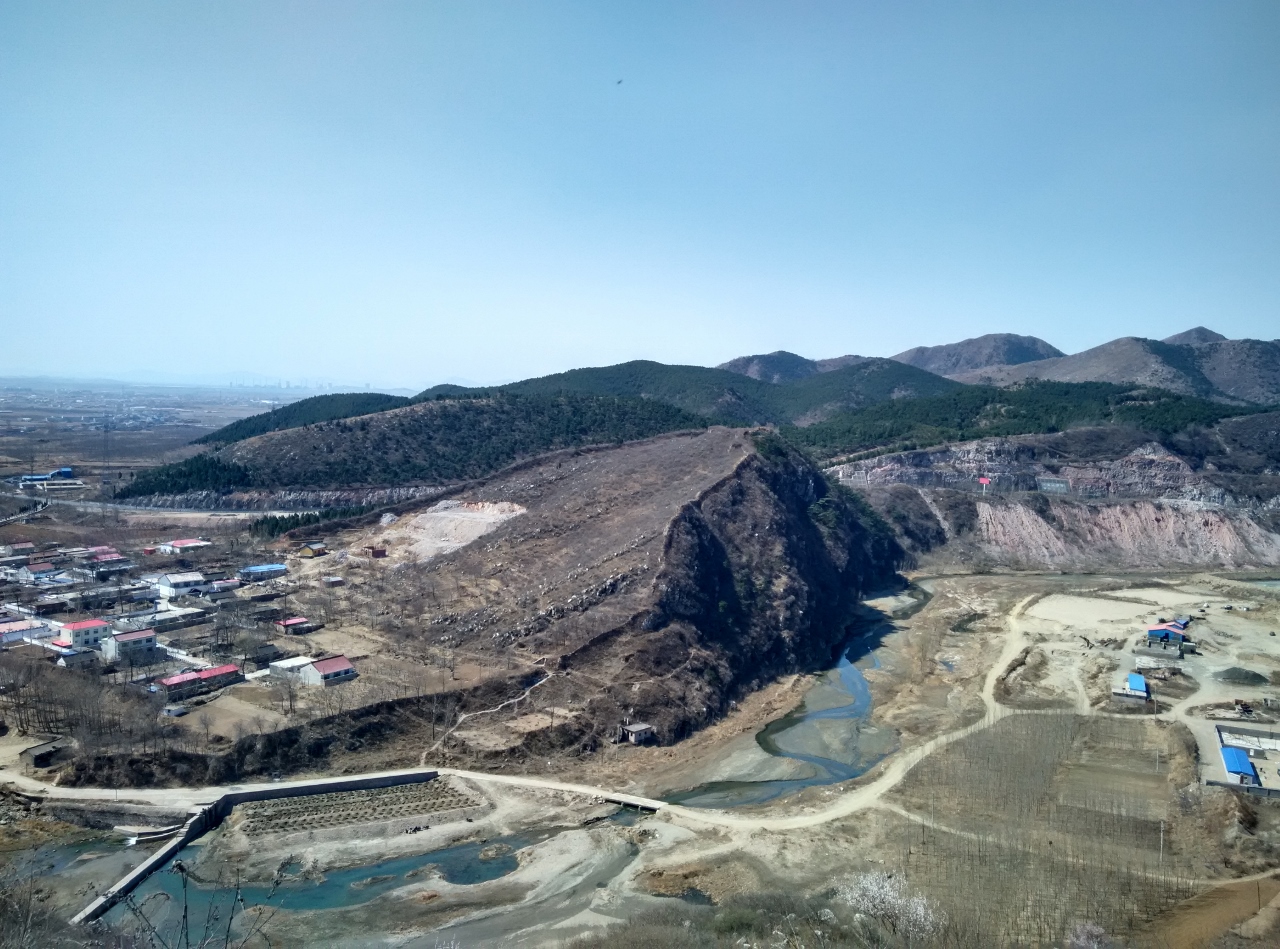 A look back where I came from; the Wall is like a semi-circle on that mountain. 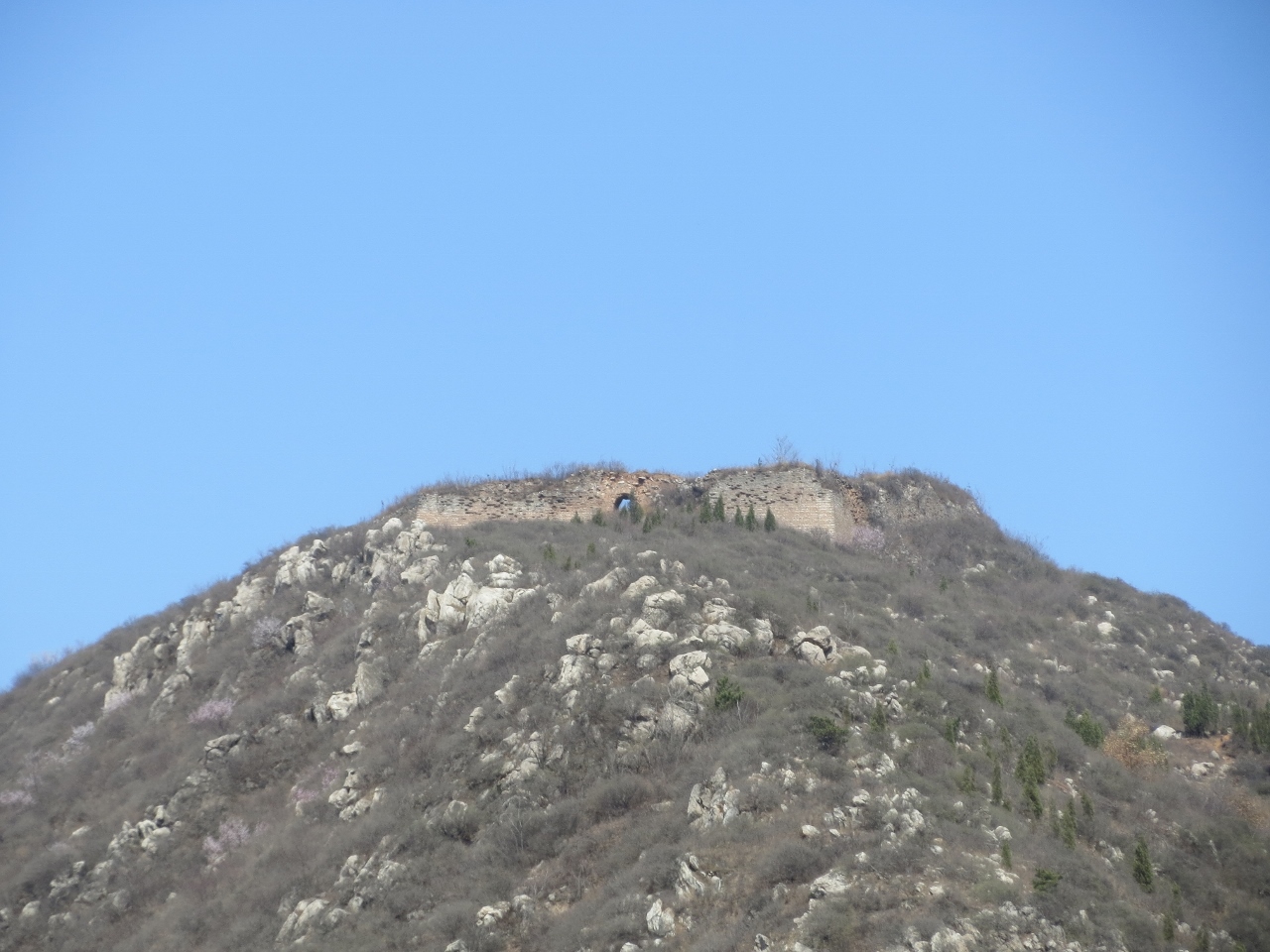 Oh what's this? Too large to be a beacon tower. 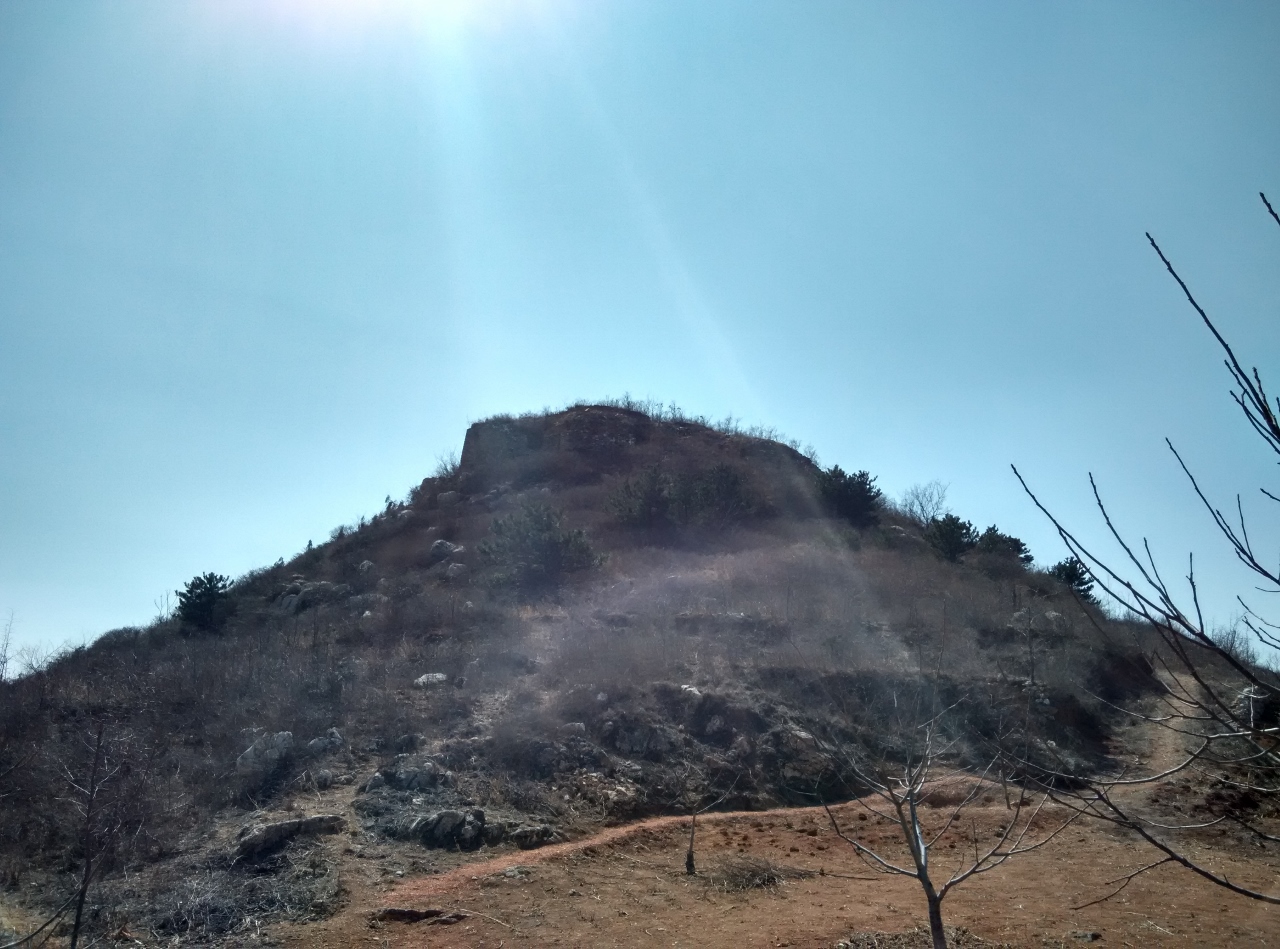 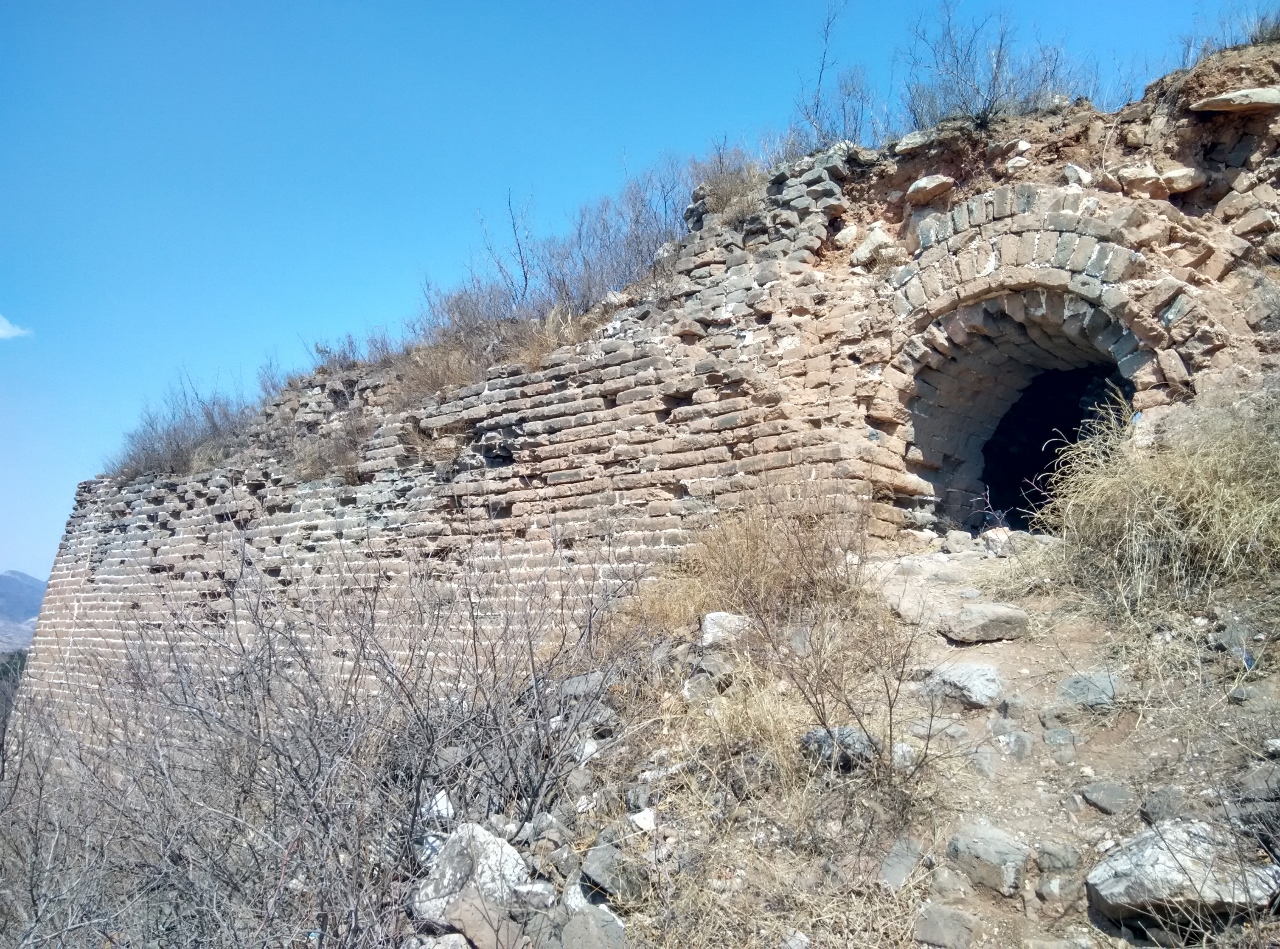 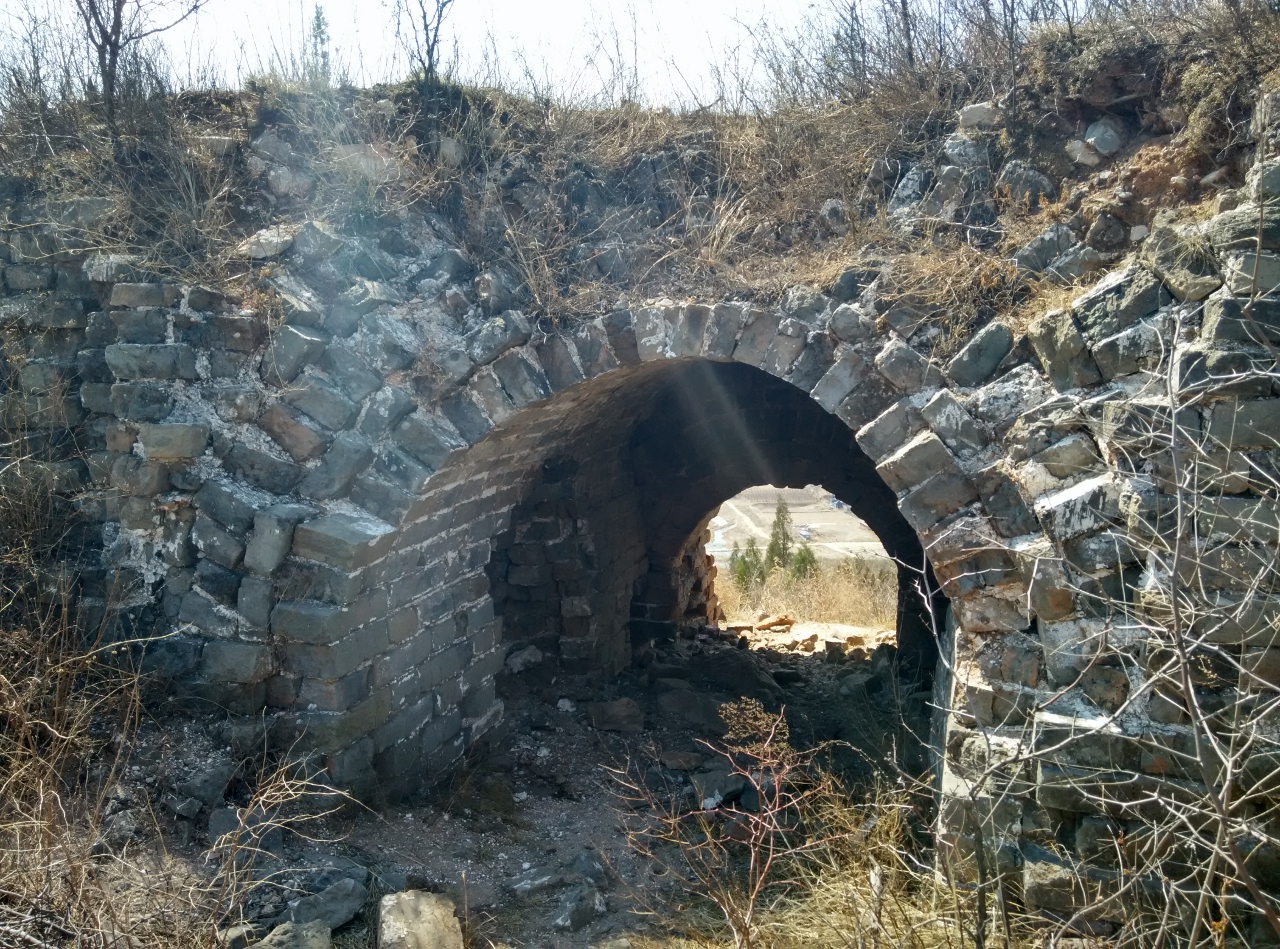 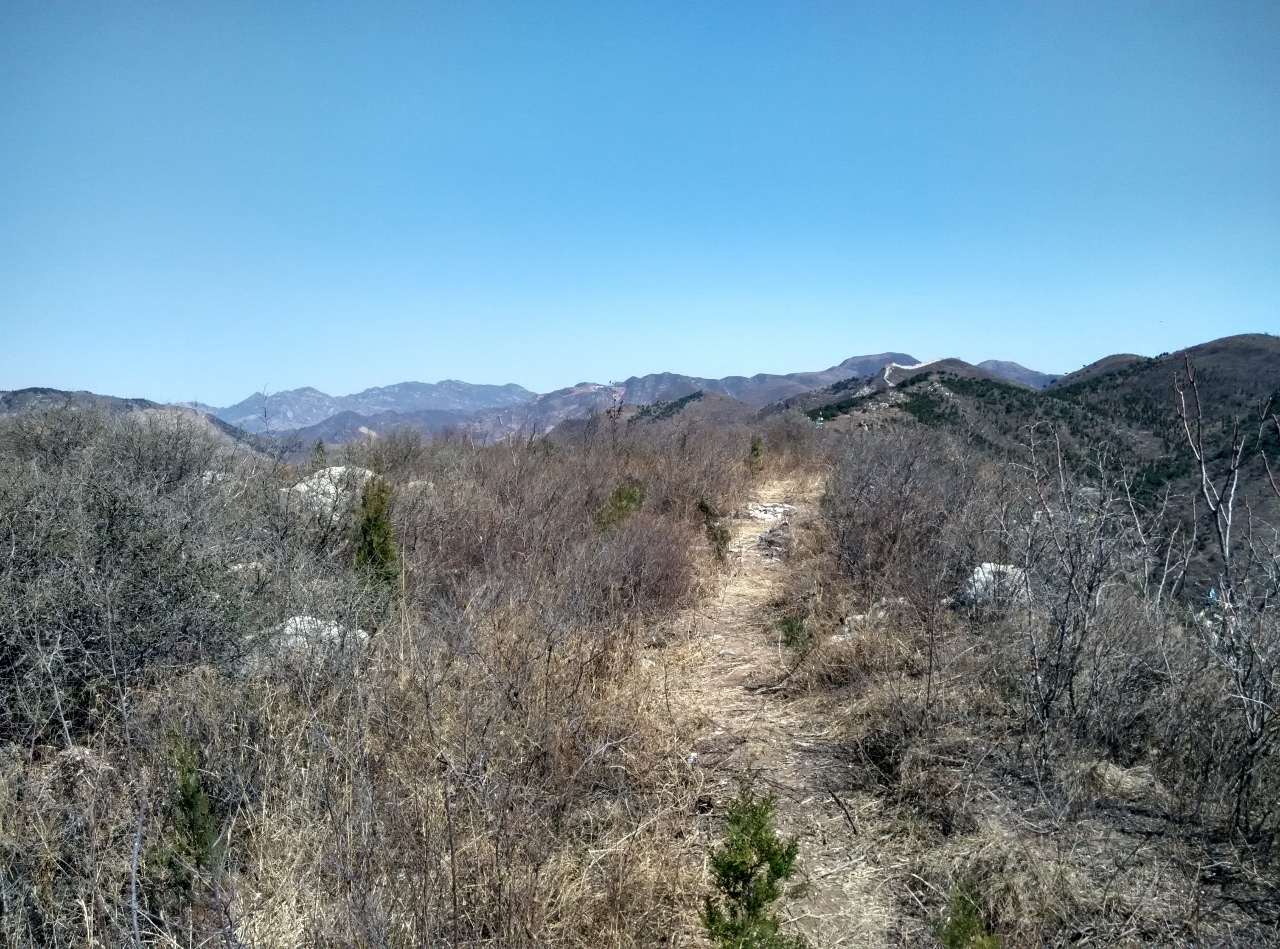 Walking on top of whatever this is – any idea what it was? 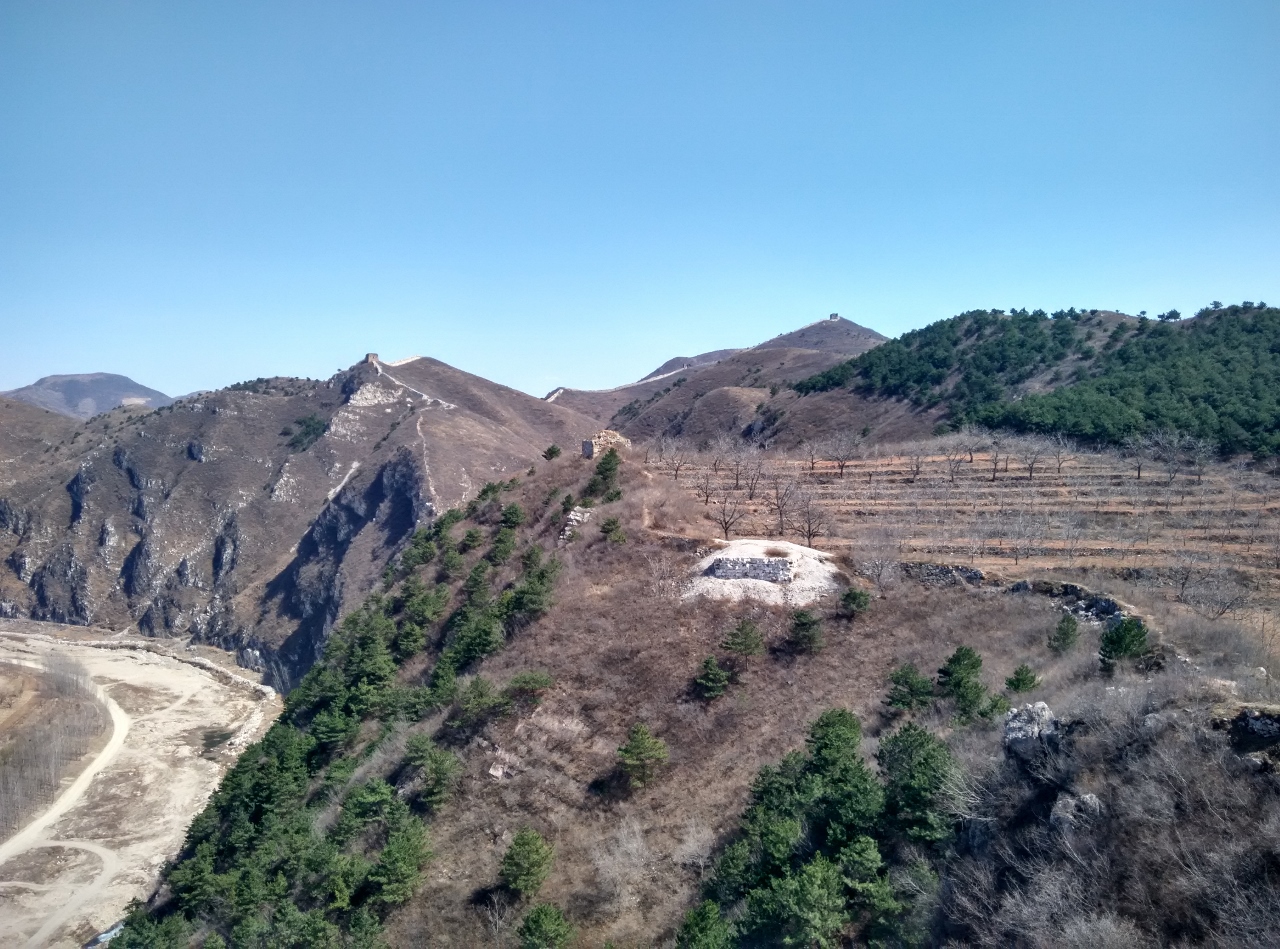 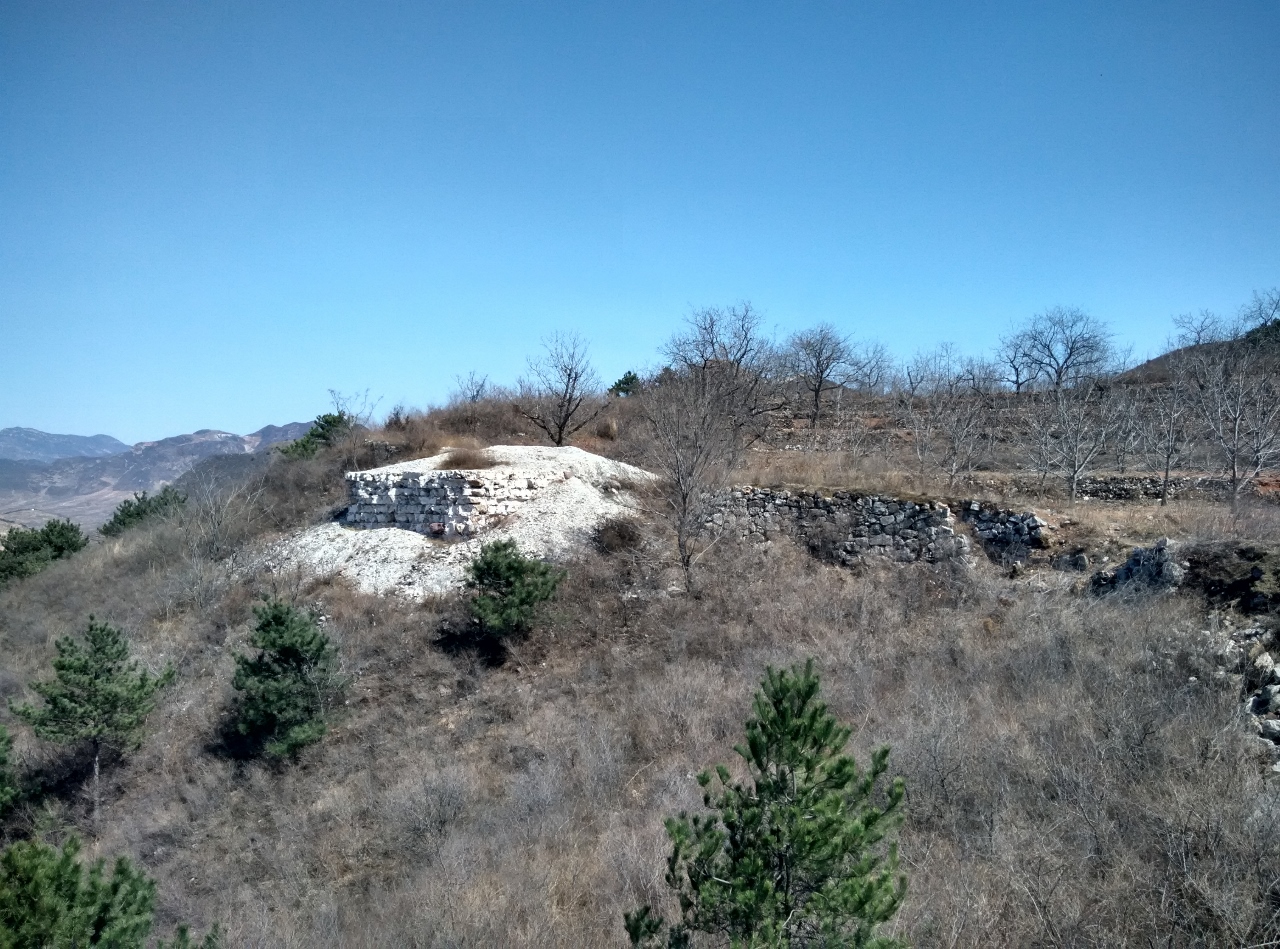 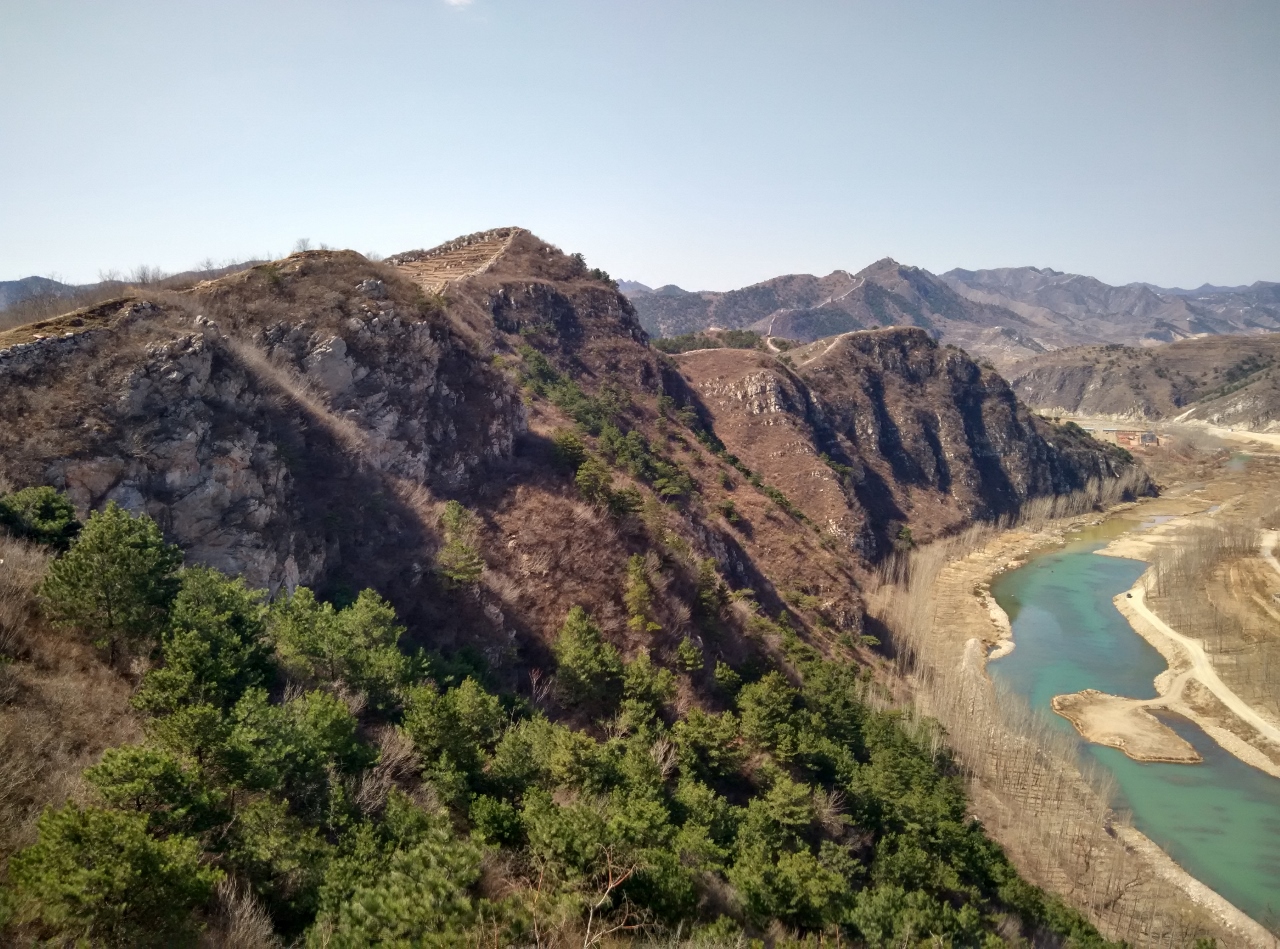 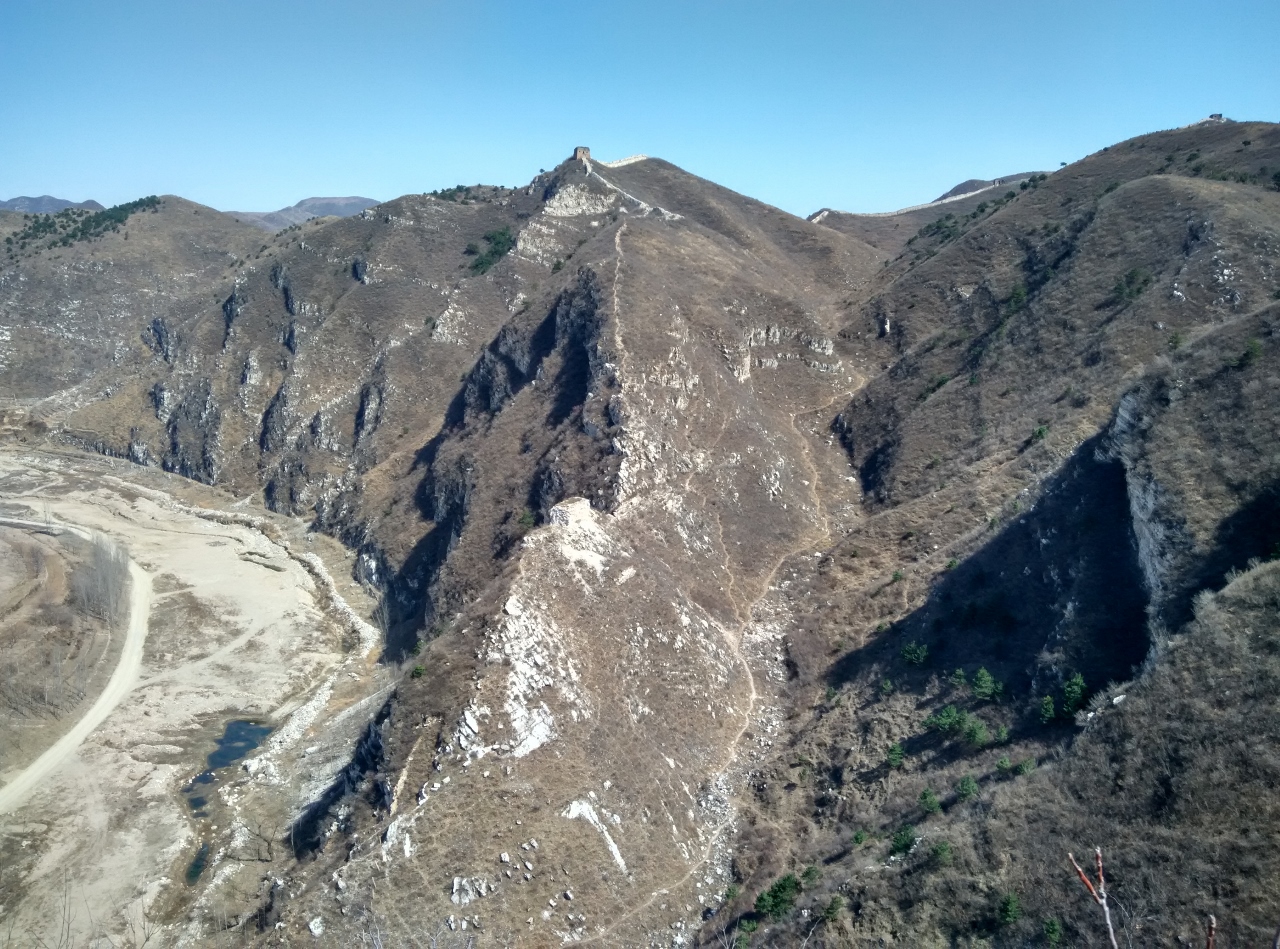 Oh man this part was such a bummer. I'm on the edge of the mountain at this point and there's no way to get to the other side unless you wanna take a long detour through bushes and thorns. So this was as far as I got, unfortunately. 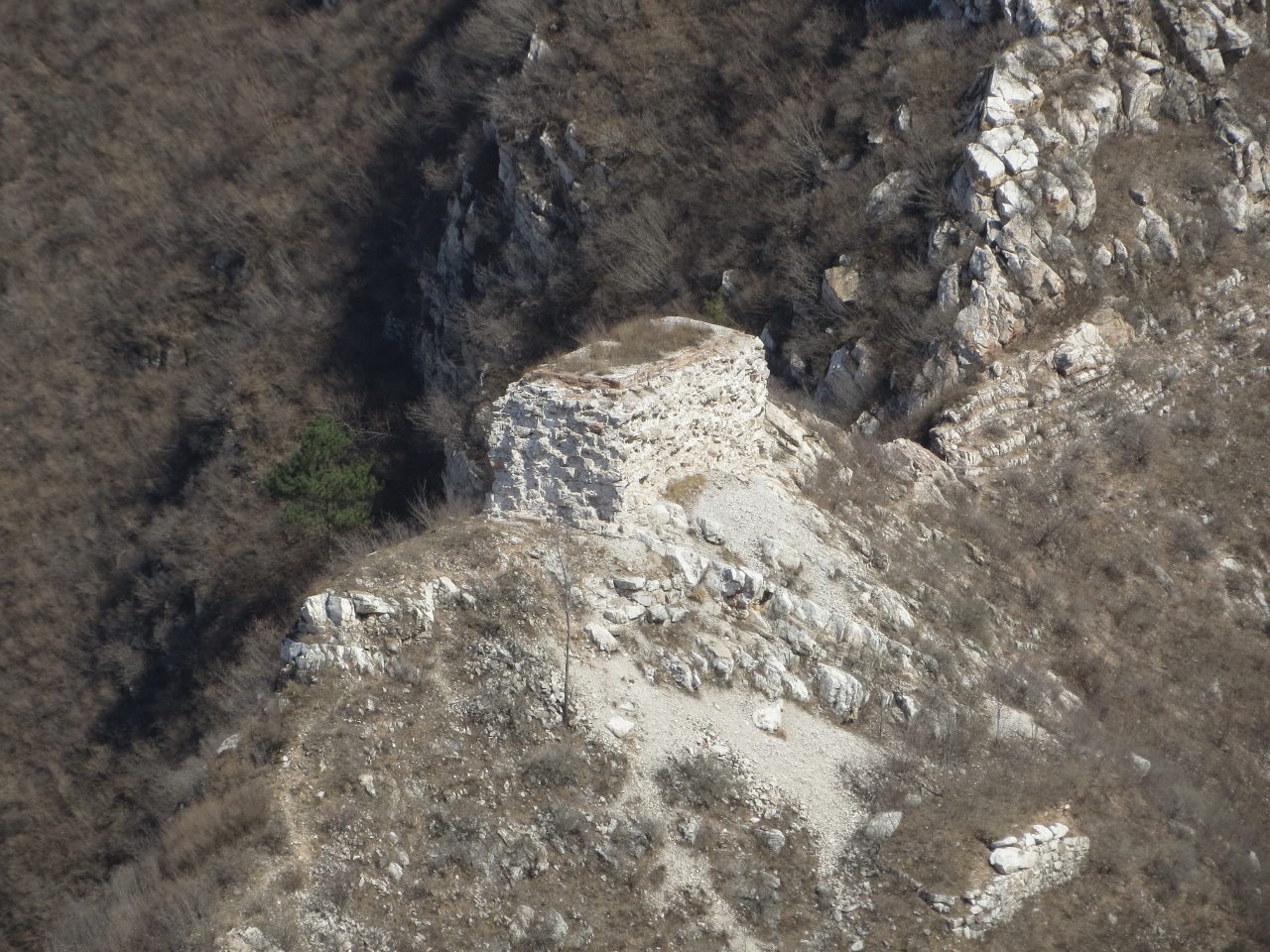 Close-up of the other side. 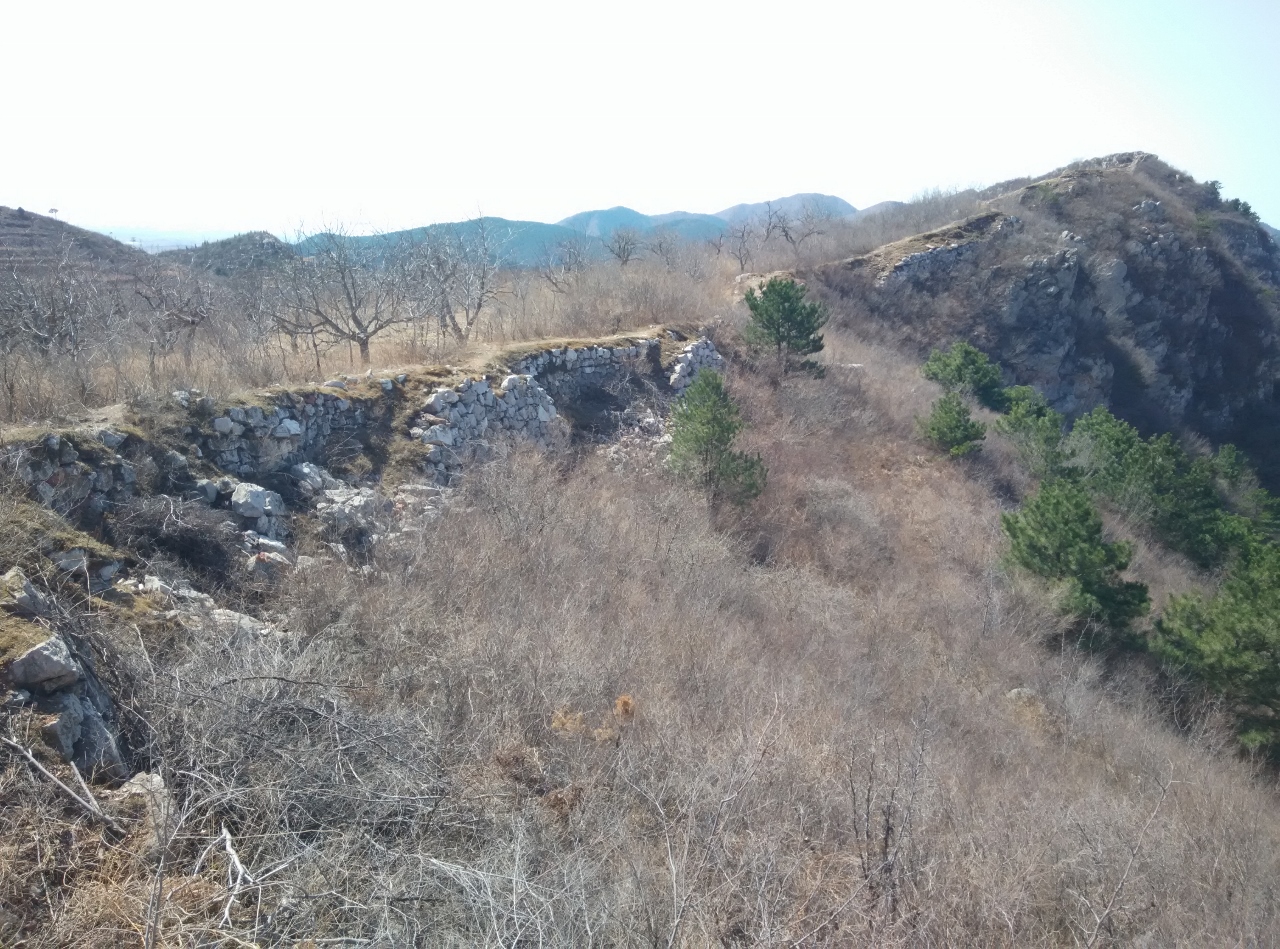 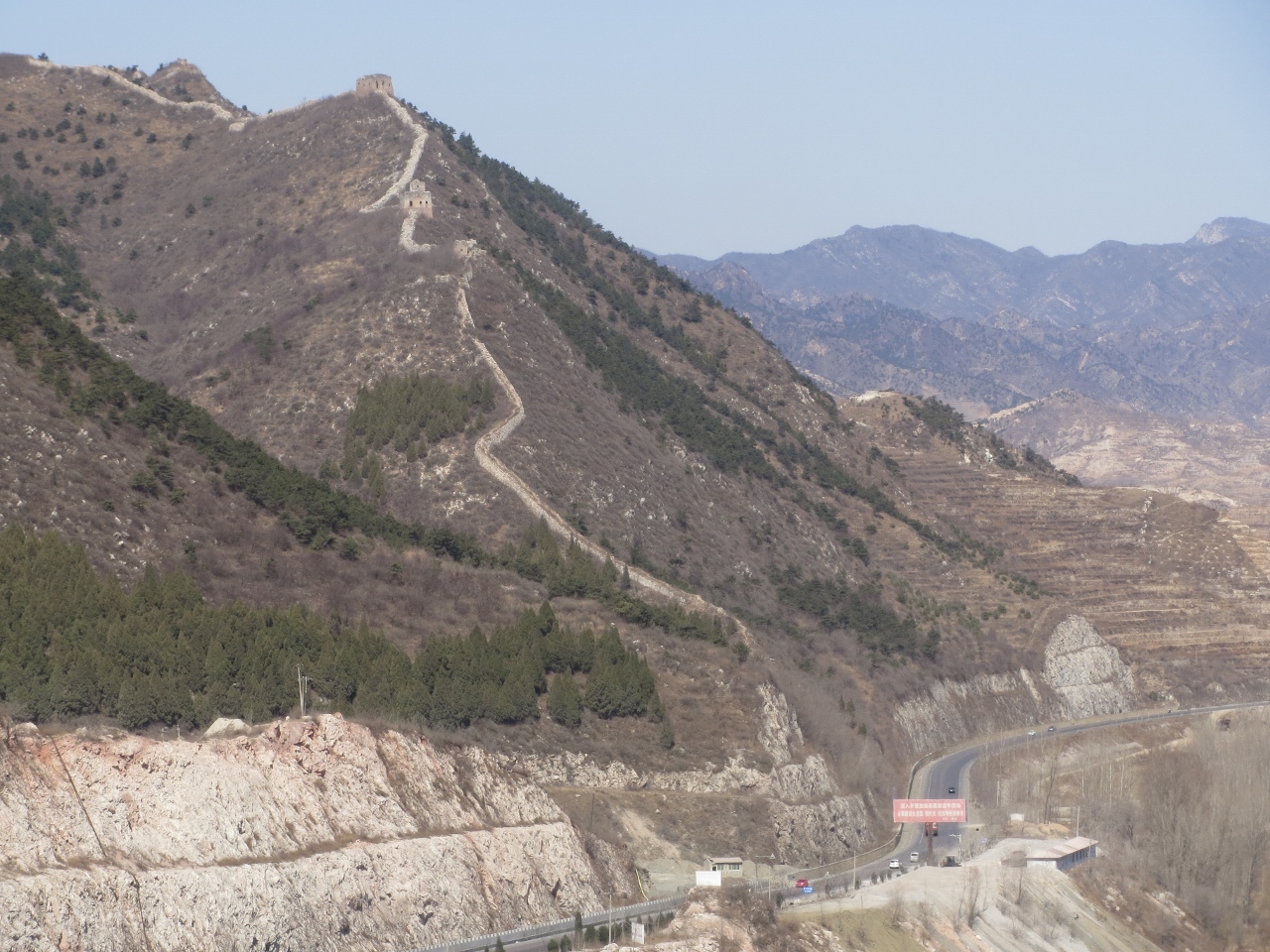 As mentioned before, a villager told me this part of the Wall was better and more accessible. If I go back to Lengkou, I'd like to check this section out.

A big regret of mine was not finding the stone carving that andarchen posted about a few years ago. I'll definitely have to find this as well if I do go back.

My guess is that thing is some kind of garrison fort similar to the one near Jiuyanlou in Beijing. If you had coordinates we could have a look on GE.

I wish I knew how to look up the GPS coordinates on my phone. I take pictures with a Xiaomi Hongmi Note. Unfortunately, it seems like there are no GPS coords on any of my pictures. Sorry guys.

A garrison fort, hmmm yeah could be!

If only you knew how much more understanding comes with the use of coordinates and Google Earth!

Your phone does have a built-in GPS receiver, so just browse GPS apps for your phone, play with them, and find something you like.