Zijingguan is a pass geographically located in an important strategic position. It is a complex, important, and historic pass. It is not directly connected with any long walls. At about 118 kilometers (73 miles) southwest of Beijing, Zijingguan is located further south than any Great Wall location we have discussed so far.

Zijingguan Pass occupies a key strategic position and an important gateway to the North China Plain, with the Juma River to the north, Wanren Mountain in the east and Xiniu Mountain in the west.

Zijingguan Pass is built on top of steep mountains. Protected by cliffs and rivers, it is easily guarded and hard to breach. An ancient poet had said it to be a pass that was “protected by walls and cliffs, and surrounded by precipitous mountains”.

Zijingguan has gone by many different names during its long history. It was called Puyinxing in the Warring States Period. It was named Wuruanguan and then it was named Xhanguguan during the Qin Dynasty. Later, during the Northern Wei Dynasty, it was renamed Zizhuangguan. During the Song Dynasty it was called Jinbeiguan Pass. The present name of Zijingguan was given in the Jin Dynasty. The Zigingling Mountains get their name because redbuds (Chinese zijing) abounded nearby. The Zijingguan Pass was named after its location in the Zijingling Mountains.

Originally built in the Spring and Autumn Period and the Warring States Period, Zijingguan Pass is one of the oldest passes of the Great Wall. The Great Wall at Zijingguan has a long and significant history.

During the Qin Dynasty, a small pass city was built here with earth and stones. Throughout the Ming Dynasty, Zijingguan was extensively restored and enhanced.

As evidence of the strategic importance of this location, many important battles were fought at Zijingguan throughout China's long history.

Together with Juyongguan in Beijing and Daomaguan in Hebei, Zijingguan was one of the three inner passes of the Ming Dynasty. Zijingguan is comprised of nine city gates and four water gates encircled by 4 differently-shaped city walls. The pass measured 10.5 kilometers (6.5 miles) in length. In addition to its size and strength, its layout forms a complex maze.

Zhenwu Hill is the commanding point of the pass. The pass city was divided into 5 sub-towns by the walls. All the 5 sub-towns were closely linked with one another. Even if one of them is breached, the enemy would be unlikely to take control of the whole pass city.

The first narrow passage of Zijingguan is situated in the valley of Poxia Village at the foot of the mountain. The pass gate there has been damaged. Wing walls run to the east and west peaks of the hills. At the end of both walls, a stone beacon tower was built. On the north bank of Juma River, facing the pass city, the square-shaped Xiaoxincheng (Small new town) was constructed. It is 152 meters (500 feet) long from east to west and 144 meters (472 feet) long from north to south, with an eastern and a western gate. Both of the gates have since been destroyed, and the earthen and stone walls have been badly damaged.

The structures visitors see today were built during the Ming Dynasty. There are walls on the east, west and north sides, with the north wall overlooking Juma River. The total length of the walls at Zijingguan is now 1.8 kilometers (1.1 miles).

The water and mountains together with the walls form magnificent scenery.

In 1993, Zijingguan Pass was declared to be a key historic relic under state protection by the State Council. Rebuilding began in 2006. However, many parts remain in old and damaged condition and can be dangerous.

Today, people are paying more and more attention to the historical, military and scientific research value of this well-known pass. Zijingguan Pass is an important historical site for the research of pass architecture of the Great Wall and ancient military science. It has become a popular place to visit both for Chinese and for foreigners.

There are a number of restaurants in the area, and local foods are varied and delicious. There are also hotels and guest houses in the vicinity.

Location summary: Zijingguan is about 118 kilometers (73 miles) southwest of downtown Beijing. It is in the Zijingling Mountains, on the banks of the Juma River. Zijingguan is located in Zijingguan village of the Baoding City, Yi County in Hebei Province, about 45 kilometers (28 miles) northwest of Yixian County and about 40 kilometers (25 miles) west of Yicheng county

From the Yixian County seat, there are several buses to Zijingguan every day. 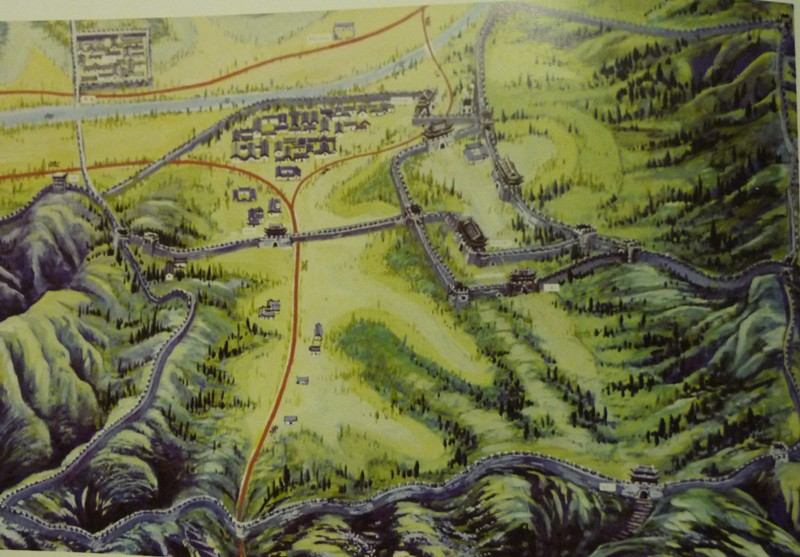