Since 1957, China has restored short spans of the Great Wall at several different sites for the purpose of tourism. Of the thousands of kilometers of the Great Wall, a total of about 40 kilometers (25 miles) has been restored. The nature and quality of these restorations vary greatly. Some are reconstructed to higher quality than the original structure. Some are repaired to a similar style only in places that were dangerous to walk. Still others are repaired in a style that is much different from the original design and materials.

There is a lot of debate about the merit of restoring and repairing the Great Wall. One thing is evident in these controversies: if the Great Wall is going to be repaired, it should be done in the same style as it was previously done in that area. In other words, authenticity is important. Unfortunately, this guideline has not often been followed and repairs have left the Great Wall in a much different state than that in which it was built.

Authenticity aside, there are important differences between the restored areas of the Great Wall and the original, “wild” areas. On the positive side, safety is better because loose and crumbling areas have been fixed, and because there are more people and better access. The access improvements mean that it’s easier to reach the Great Wall; paths are well-defined and in some places a cable car or chair lift is available. Restored areas of the Great Wall offer better infrastructure, so if you’re looking for a restroom or some food or drink, you’re more likely to find what you want. On the negative side, restored parts of the Great Wall don’t allow you to see what the Great Wall really looks like and doesn’t provide the challenge, natural beauty, solitude, and exclusivity of the original Great Wall. Plus, there is rarely any charge for walking on the original sections, while a ticket must usually be purchased to enter the restored areas.

In addition to physical differences between the restored areas of the Great Wall and the original, unrestored areas, there is a legal difference that should be recognized. Walking on the original areas is not allowed, and you will find signs at many areas indicating that this section of the Great Wall is not open to the public. However, these signs are essentially ignored by both locals and foreigners. Rarely is anyone apprehended. It is important to be aware, however, that only a certain, small percentage of the Great Wall is officially open for tourism or hiking.

While visiting various restored Great Wall sections, I have often noticed lapses in quality that would never have happened when the wall was originally built.

In my opinion, if the wall must be rebuilt, it should be done in the same quality and style as the original.

Here are a few examples: 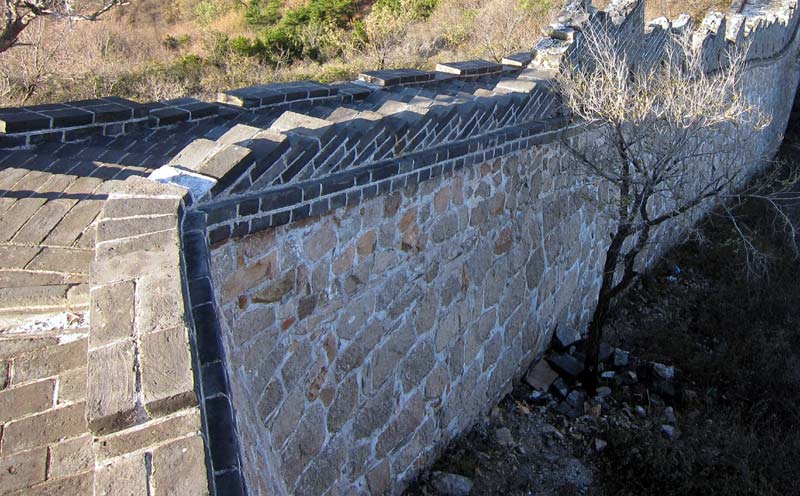 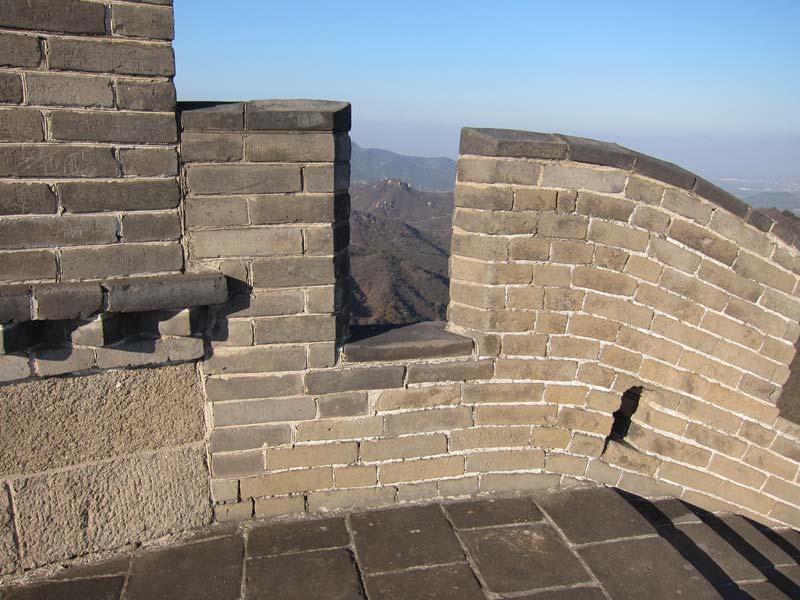 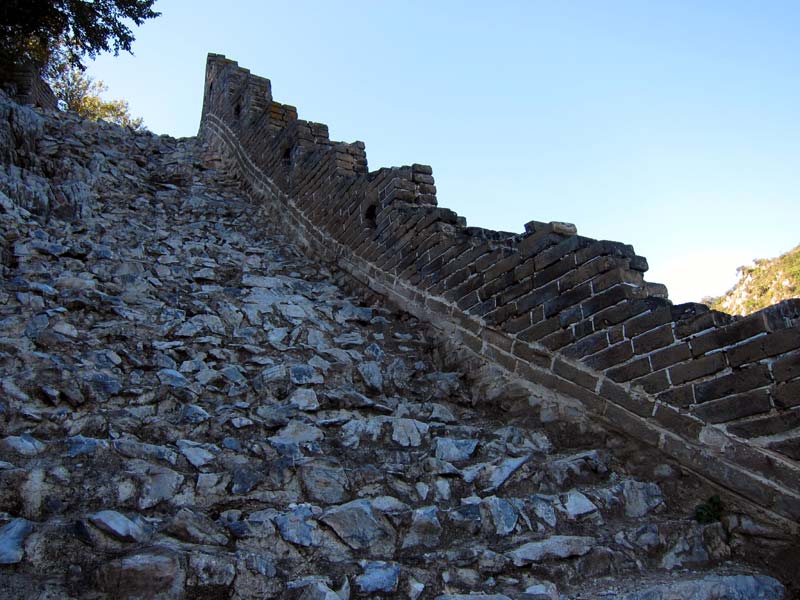 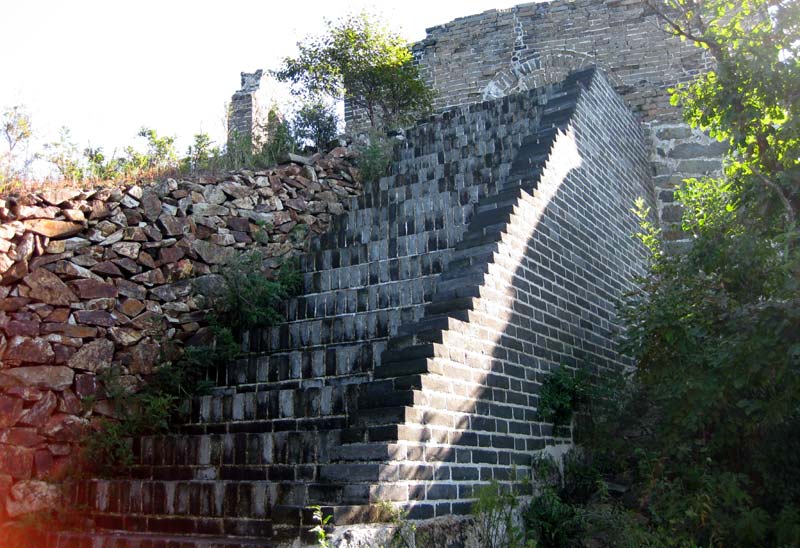 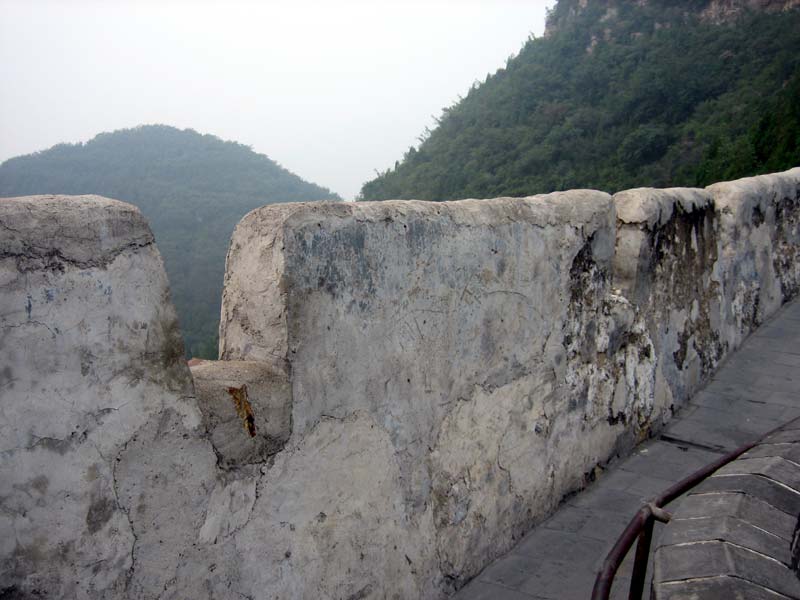 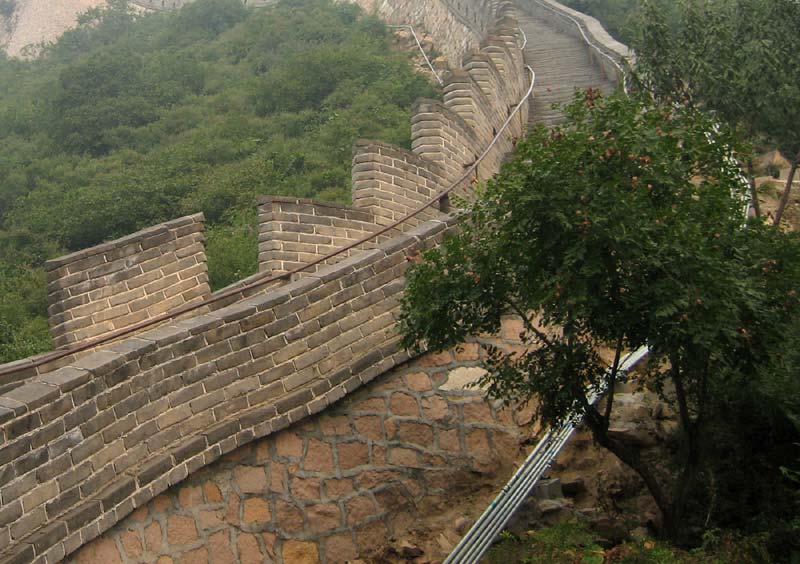 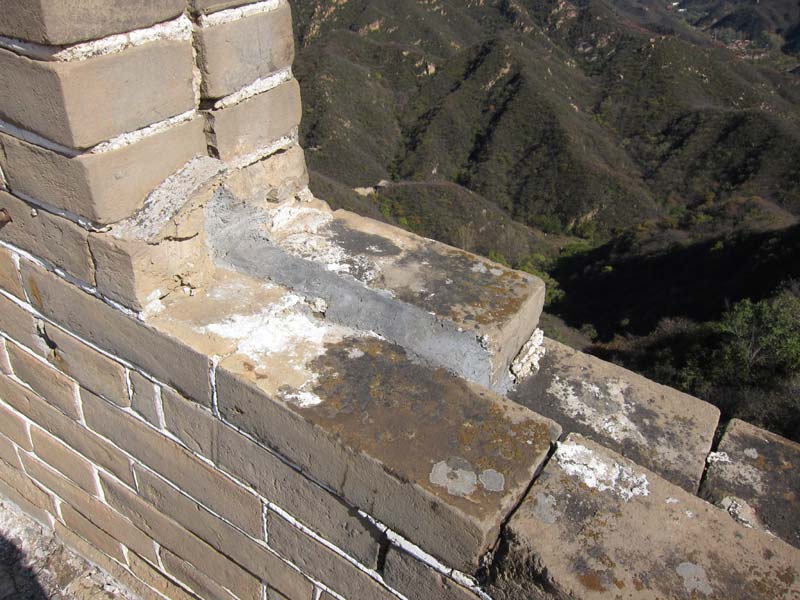 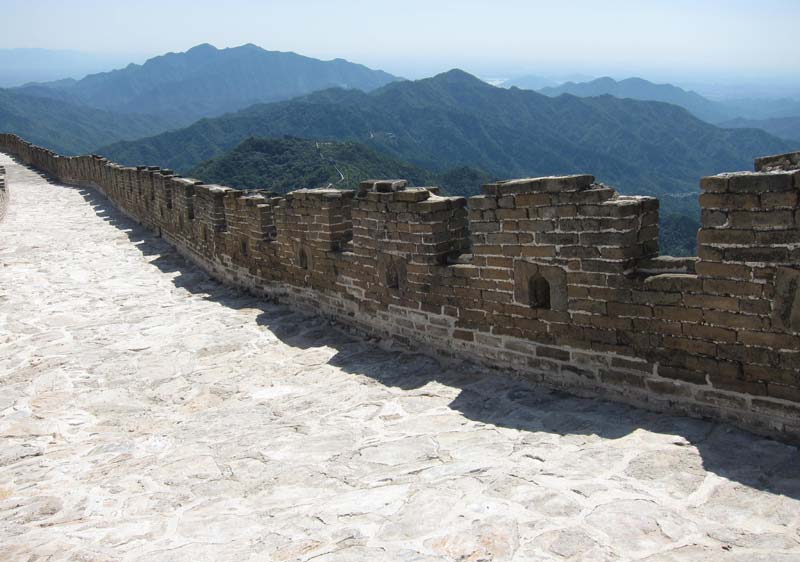 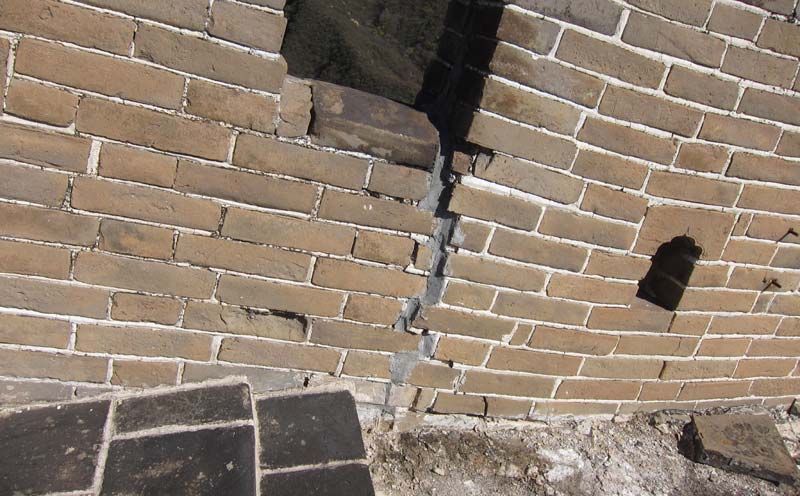 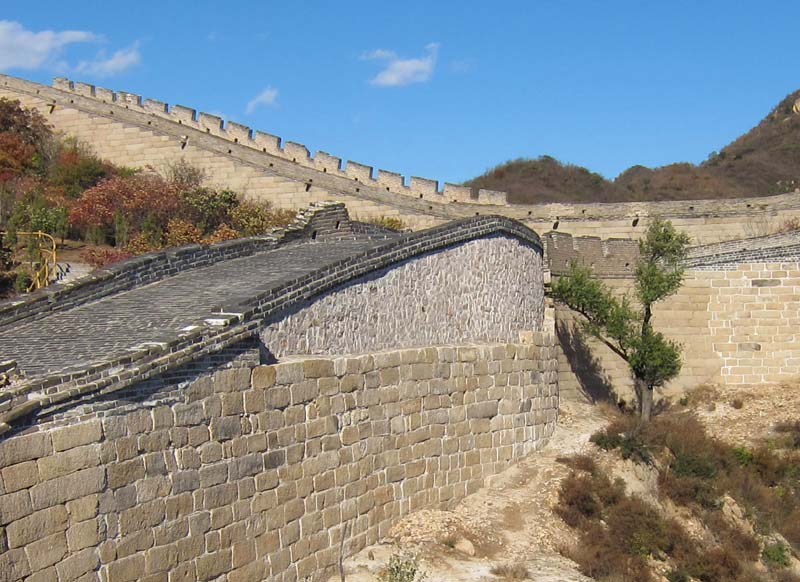 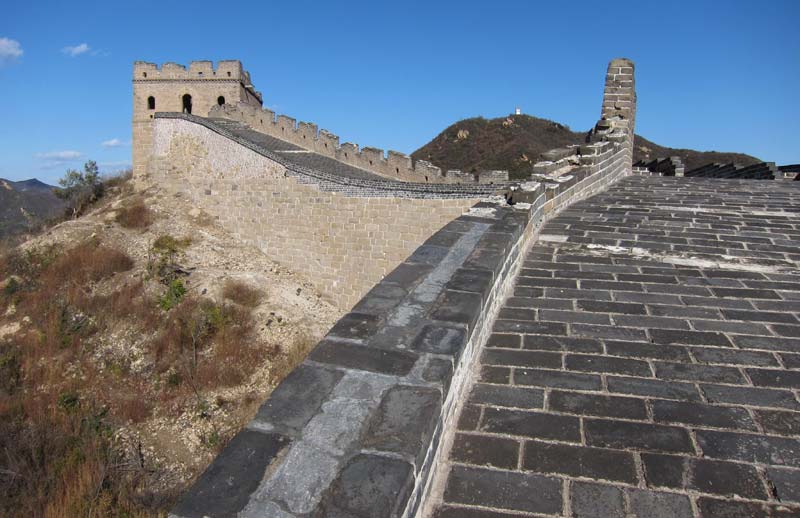 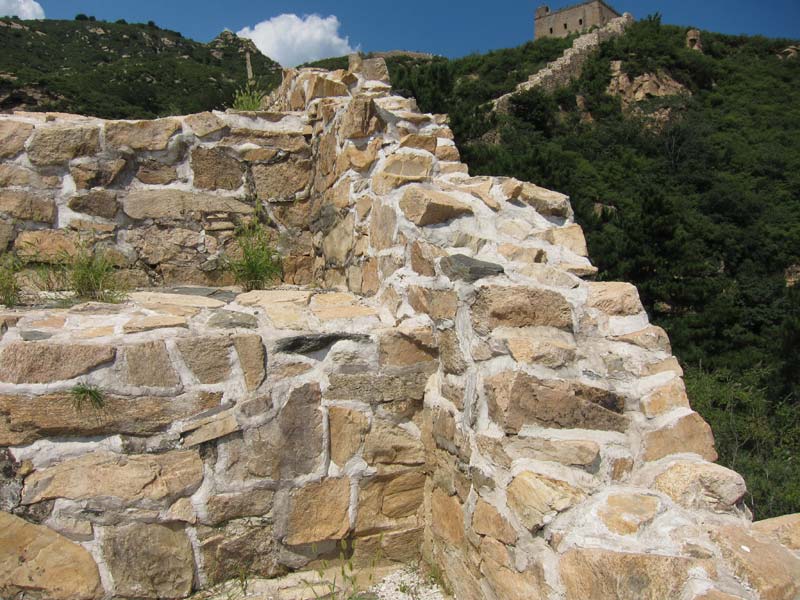 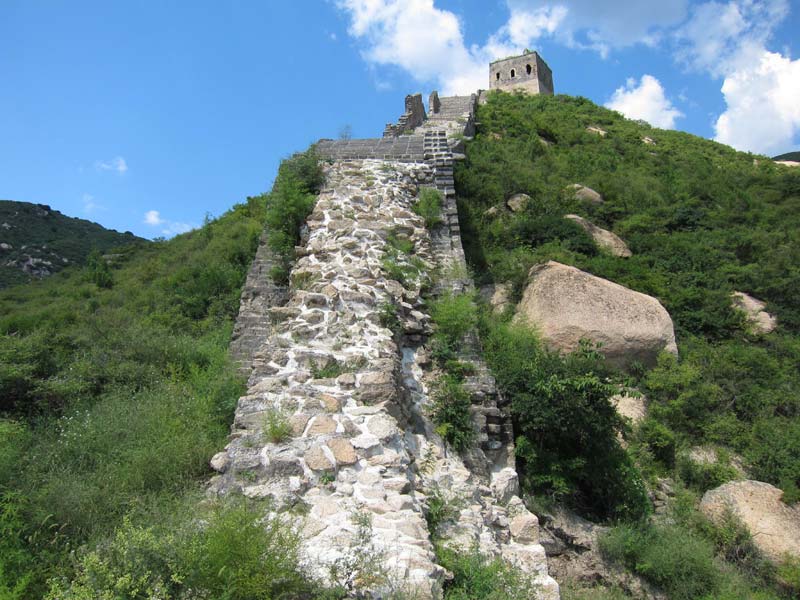 Inside made into outside (Qinglongxia) 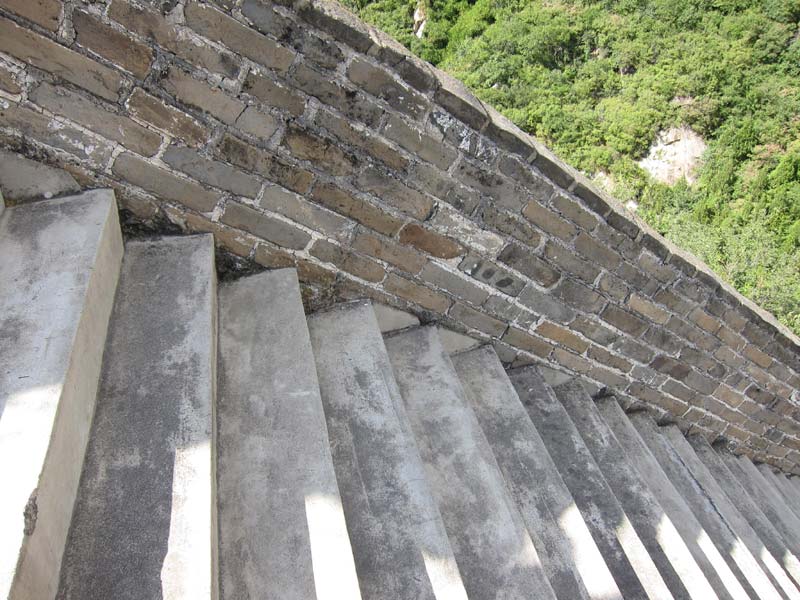 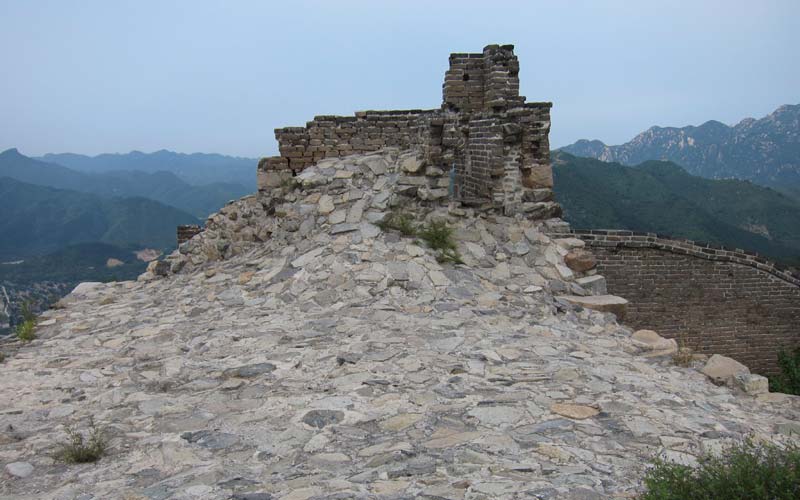 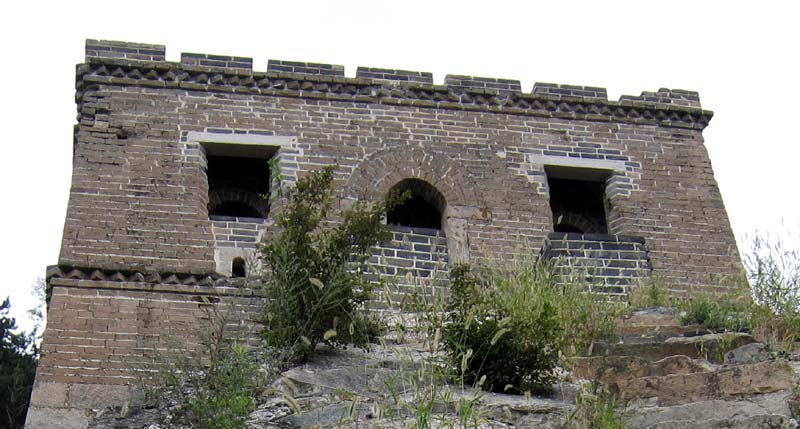 Before and after restoration photos: 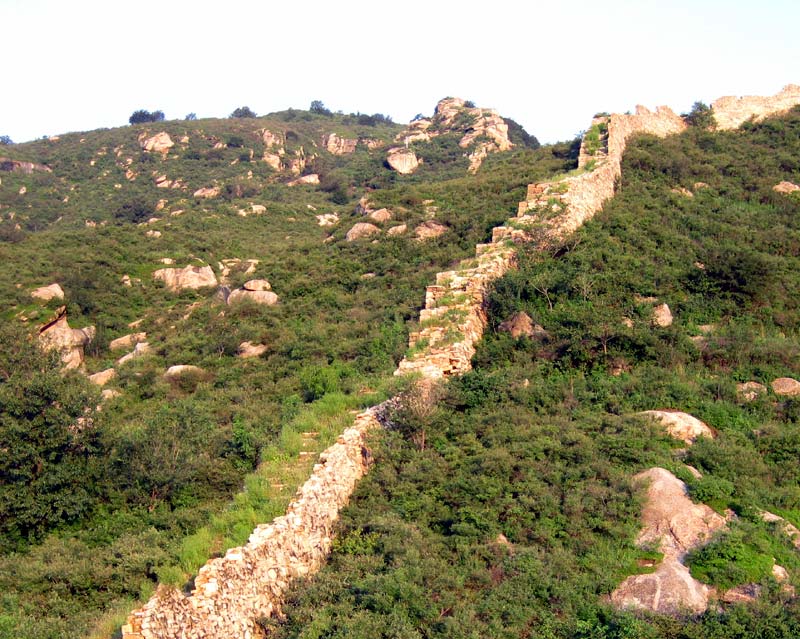 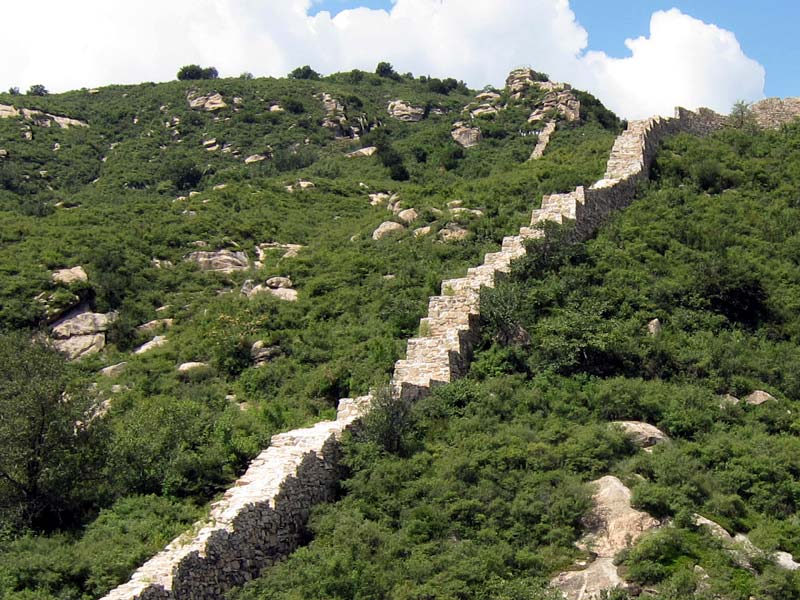 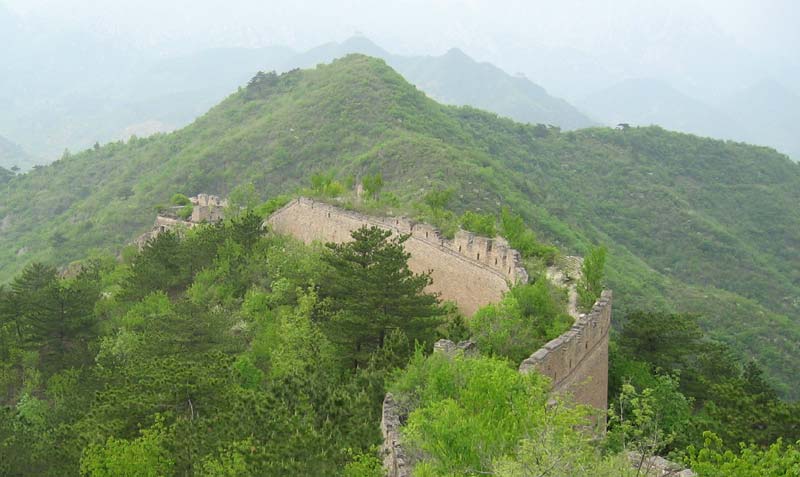 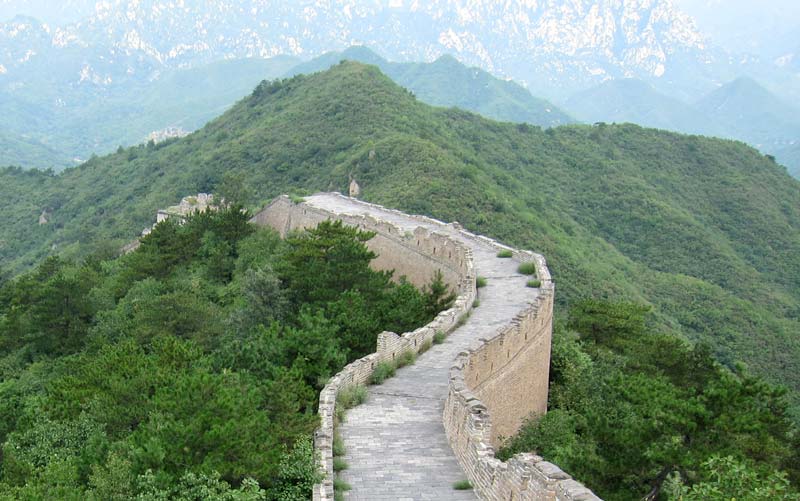