The Great Wall in Inner Mongolia has just one major location:

Inner Mongolia was established in 1947. Due in part to its large size, Inner Mongolia has a variety of topography, climate, and geography. It's famous for beautiful and expansive grasslands and is a popular tourist destination.

Along the southern border to the west of Hohhot is a span of Sui Dynasty Great Wall about 125 kilometers (77 miles) in length and including over thirty towers.

Along the southern border to the east of Hohhot are the Northern Wei Great Walls discussed in the Datong section.

The Zhao Guo Great Wall runs from the Hohhot area west towards Baotou and beyond. These walls were built around 300 B.C., making them the oldest Great Walls likely still in existence. The section in the Baotou area consists of about 122 kilometers (76 miles) of intermittent wall. Their good condition and, in places, great size is quite amazing considering their age. 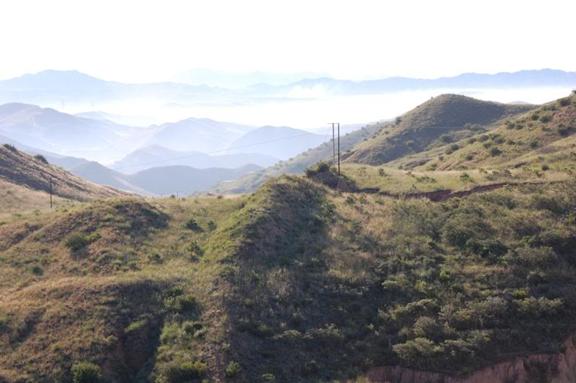 In northern Inner Mongolia, starting near the town of Shangkulixiang and extending west along the Russian border and into Mongolia, is a span of about 714 kilometers (444 miles) of Liao Dynasty Great Wall including about 25 known towers. This earthen wall is still recognizable along most of its length even though little of it remains.

Jin State Great Walls are extremely prominent in Inner Mongolia. Starting about 70 kilometers (43 miles) northwest of Hohhot and going toward the northeast from there all the way to Inner Mongolia's eastern border with Heilongjiang Province, the walls total more than 2700 kilometers (over 1670 miles) and include more than 2100 towers and over 50 fortresses. Again, little remains of these walls, yet they are well-preserved considering their age and construction, and are easily distinguished along much of their paths.

Concentrated in the western areas of Inner Mongolia are Han Dynasty Great Walls. Many of these walls are near the southern border with Gansu Province and sometimes follow a path that goes back and forth across the border. The Han fortifications include about 1400 kilometers (870 miles) of walls and some 300 towers. These are rammed earth structures, many of which remain in excellent condition and are of impressively large scale.

Qin Dynasty Walls are also prevalent in Inner Mongolia. They are concentrated along the central area of the southern border. There is also a line of walls further north in the middle of the province, running from just north of Hohhot westward for about 340 kilometers (about 211 miles) and including about 150 towers. Some Qin walls were built of earth and others were made from stone. Most of these walls and towers are highly deteriorated due to their age. The line of fortifications along the border extends into Shaanxi Province in the west and Hebei Province in the east. All told there are over 900 kilometers (560 miles) of walls and nearly a thousand towers. 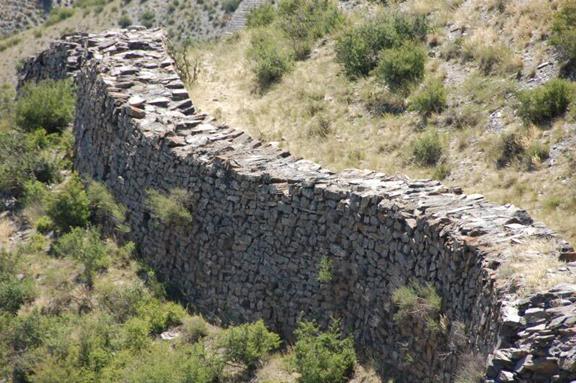