This part of the Wall is only 9 kilometers away from the High Temple (which is the main reason you should visit Zhongwei, definitely one of the most unique temples in China with its Hell House, but I digress). 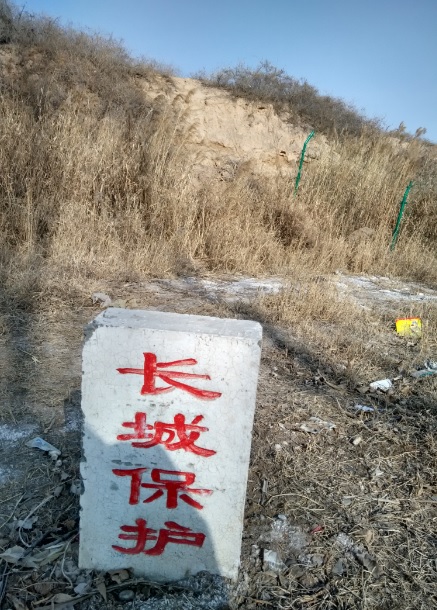 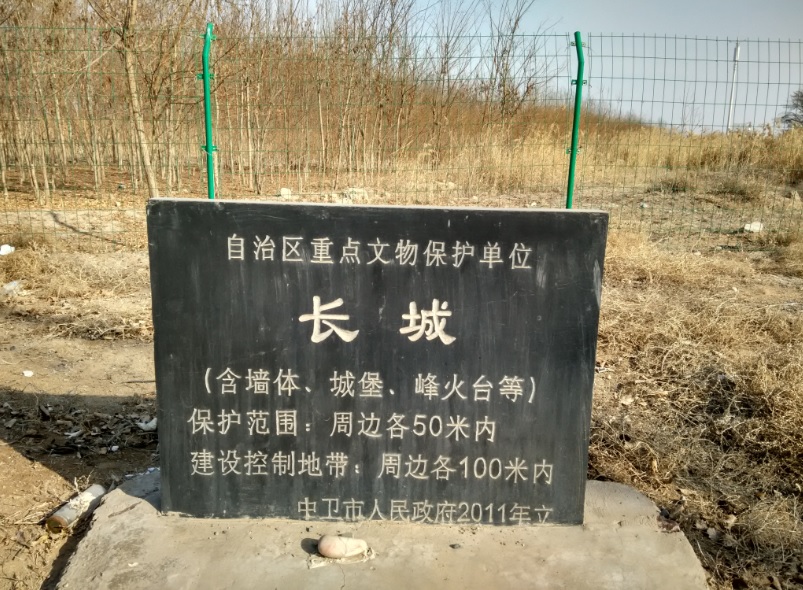 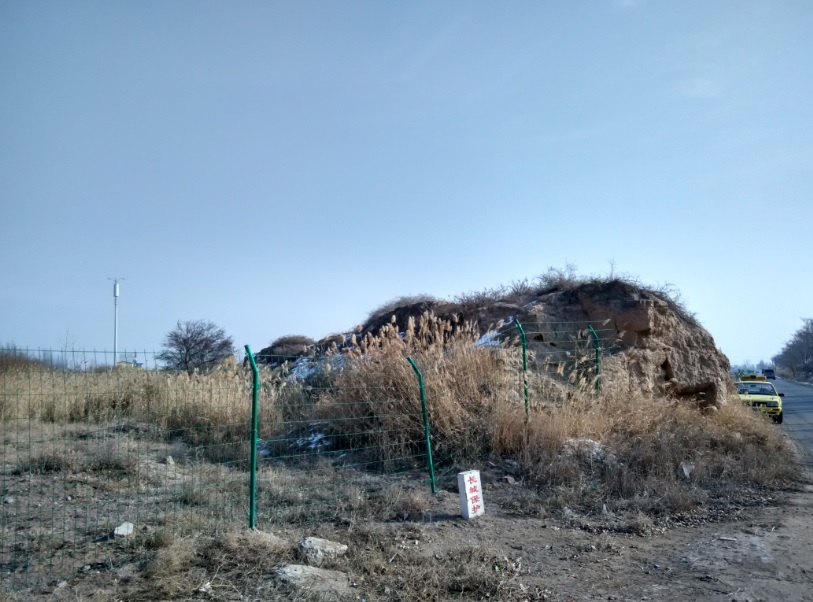 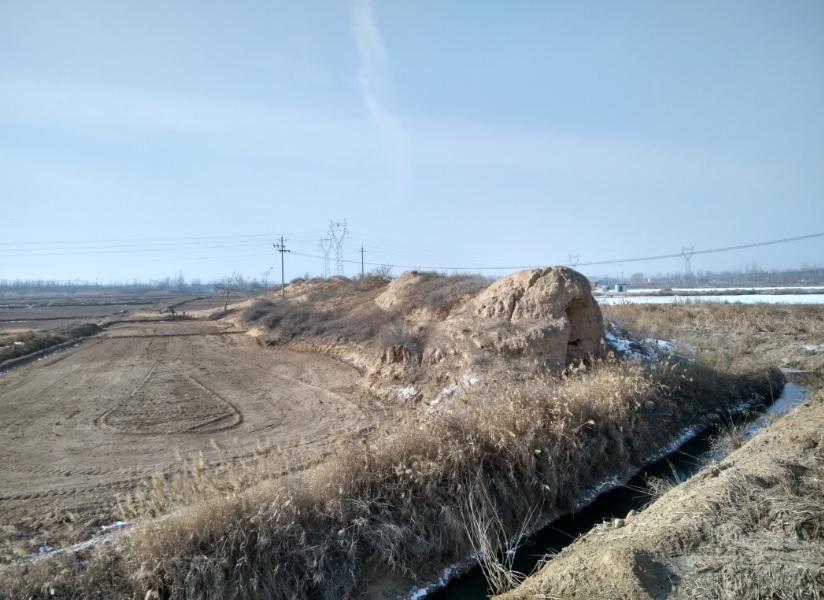 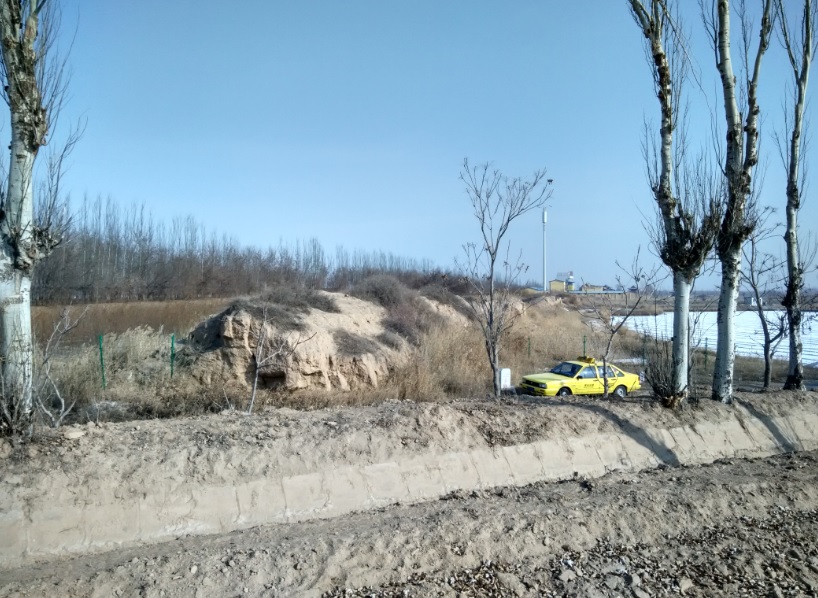 That, except it was Buddhist instead of Christian. I've never seen a Hell house in China before – or even knew they existed outside of Christianity! So there were scenes of demons sawing people in half, pushing them down on a bed of spikes, hanging someone by a nail from the skin of their back, etc. Really gruesome stuff accompanied by eerie music/screaming and accentuated by neon lighting. At the end there were stairs leading up to Buddha with heavenly music.

Even without that, the temple itself is really beautiful and worth a visit if in Ningxia. 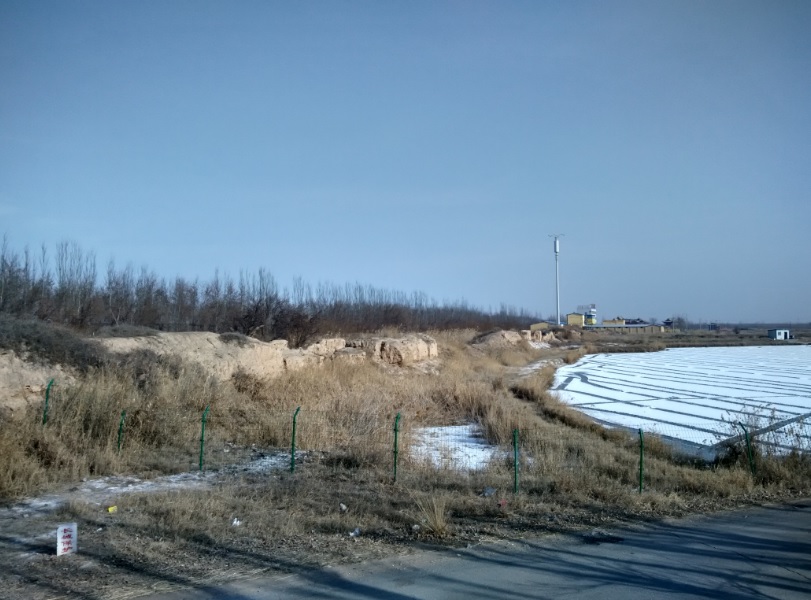 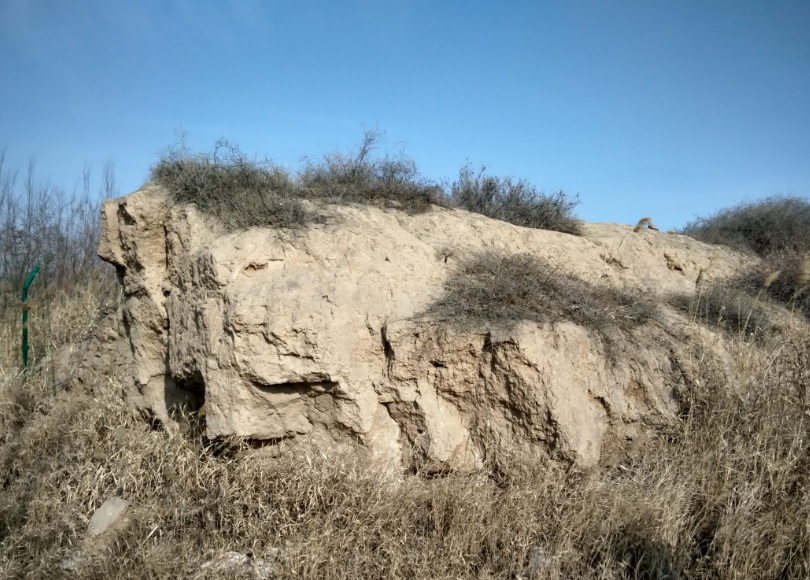 Not far from the first section I went to are the remains of a smoke tower (called 烽火台遗址 on the sign). It's located in some kind of park which usually has an entrance fee, but because I went in winter there was no one there so we just drove in for free. 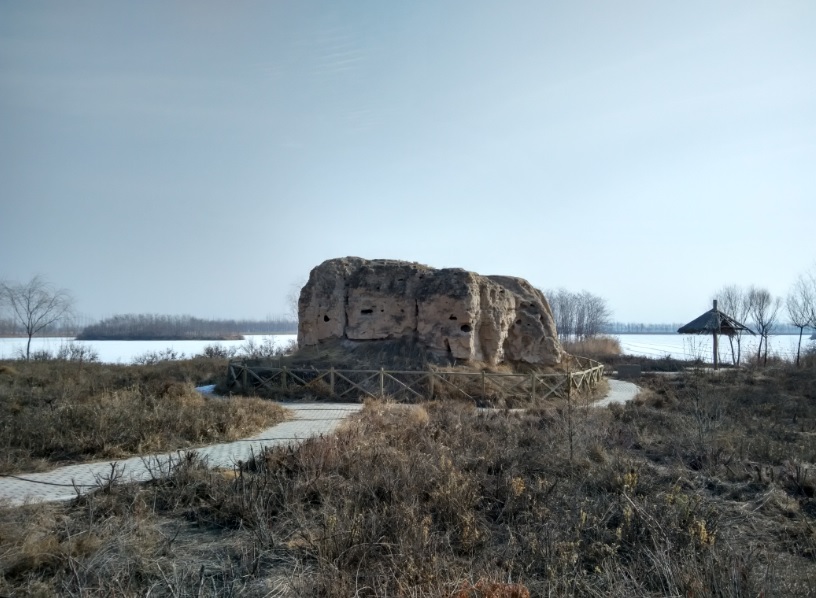 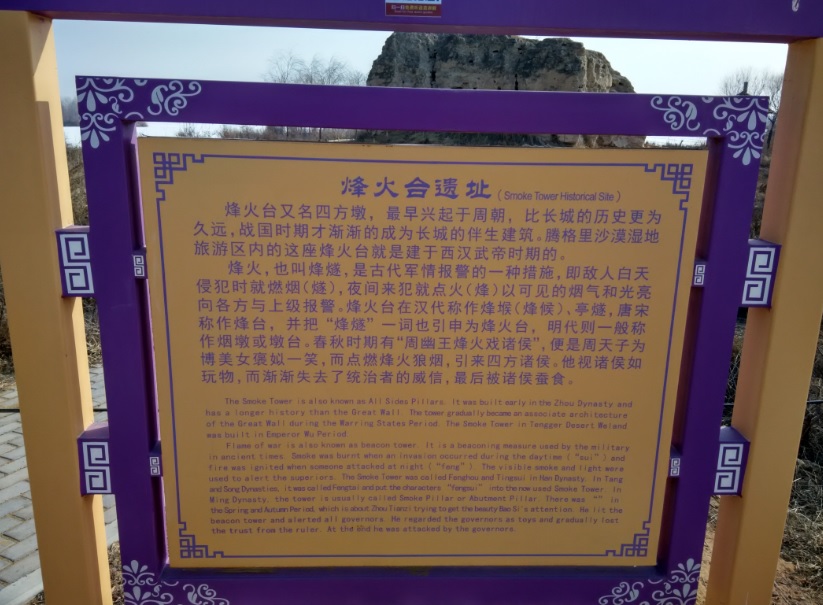 Flame of war is also known as beacon tower. It is a beaconing measure used by the military in ancient times. Smoke was burnt when an invasion occurred during the daytime ("sui") and fire was ignited when someone attacked at night ("feng"). The visible smoke and light were used to alert the superiors. The Smoke Tower was called Fenghou and Tingsui in the Han Dynasty. In Tang and Song Dynasties, it was called Fengtai and put the characters "fengsui" into the now used Smoke Tower. In Ming Dynasty, the tower is usually called Smoke Pillar or Abutment Pillar. There was in the Spring and Autumn Period, which is about Zhou Tianzi trying to get the beauty Bao Si's attention. He lit the beacon tower and alerted all governors. He regarded the governors as toys and gradually lost the trust from the ruler. At the end he was attacked by the governors. 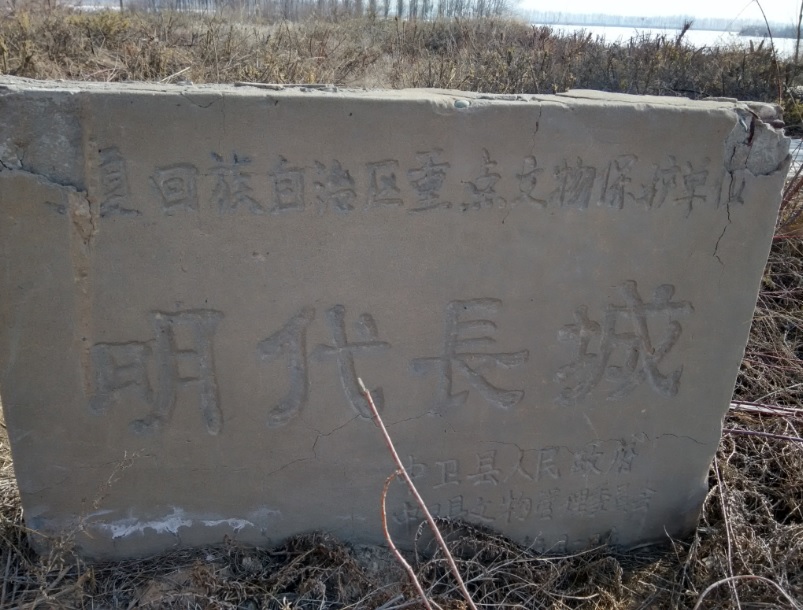 The smoke tower is listed as part of the Ming Dynasty Great Wall. 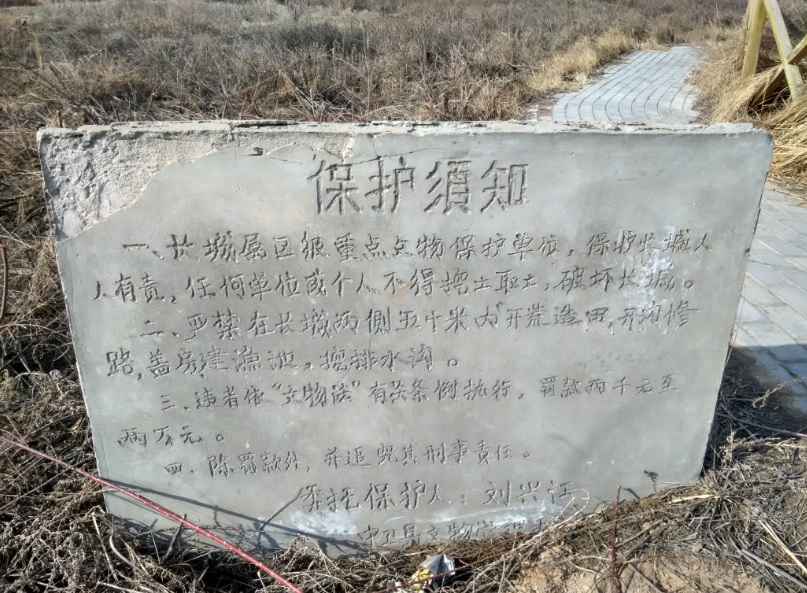 And on the back of the tablet some rules for not messing around with the smoke tower for tourists? Just a guess. Please correct me if I'm wrong.

A few more pics of the smoke tower and that's it. 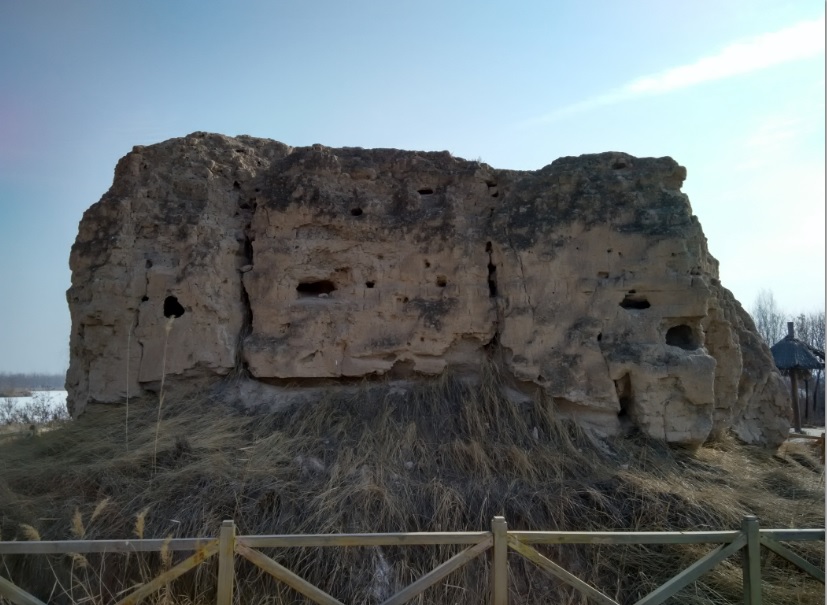 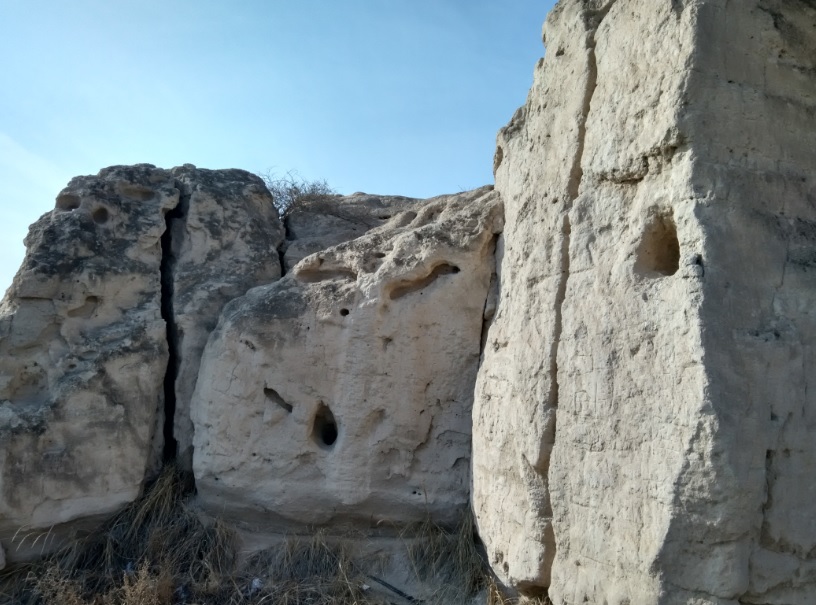