Huangyaguan is a national AAAA scenic area cited for its “Grand, Precipitous, Wonderful and Graceful” scenery. It was named as the best of the 'Ten Scenic Spots of Tianjin' in 1990. Several farmhouses around Huangyaguan provide visitors with dining, accommodation, and other tourist services.

Huangyaguan gets its name from the cliffs to the east of the pass, which turn a yellow color at dusk. Built on steep mountains, the Great Wall at Huangyaguan was originally built in the Northern Qi Dynasty (550-557). It was renovated and lengthened in Sui Dynasty (581-618). It was rebuilt and strengthened under the direction of General Qi Jiguang during the Ming Dynasty. The Huangyaguan section of the Great Wall is about 2150 meters (7050 feet) long overall. 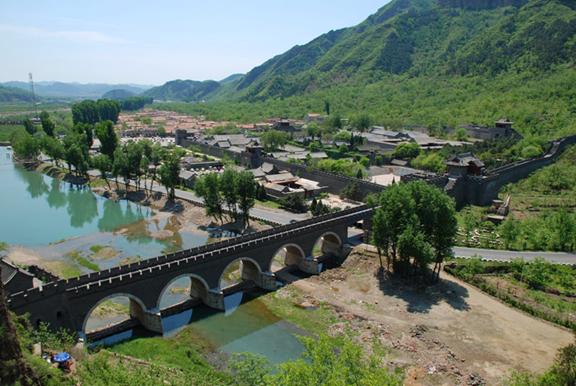 Huangyaguan was restored from Banlagang Mountain in the east to Wangmaoding Mountain in the west. Restoration took three years, from 1984 to 1986, and Huangyaguan and Taipingzhai were opened to the public in 1987. Twenty watch towers were restored along with about 3 kilometers (1.9 miles) of the wall including Huangyaguan and Taipingzhai. This is one of the longest restored sections of the Great Wall; only the Badaling and Juyongguan sections in the Beijing area are longer. Also restored were the Huangyaguan Water Gate, and the Bagua Castle, the Eight Diagrams or Eight Trigrams Castle). Also, the stele forests of the Great Wall, the Beiji Temple, the exhibition hall of famous couplets, the Great Wall Museum and the Phoenix Fortress have been newly built at Huangyaguan.

Other places of interest at Huangyaguan in addition to the Great Wall itself are the Fortress with its pass tower, the city wall, the water pass, the frontier cities, and the Bagua or Eight Trigrams Castle.

The Phoenix Fortress, located in the north of the pass, was one of the beacon towers used to deliver messages in case of emergency.

The Bagua Castle maze street was built on the idea of Eight Trigrams. Even if the enemy were to break into the pass, they would easily got lost and attacked by the soldiers. It is easy to find your way in, but getting out is much more difficult. You can easily find yourself at a dead end or just circling around with no apparent exit. At the center of the maze is the Great Wall Museum.

After leaving the maze, you can visit the Longevity Garden. There are thousands of 寿 characters, signifying longevity, sculptured in the garden.

The Forest of Steles was established during the restoration in 1980s. This is the largest stele forest in northern China. Stele inscriptions show the calligraphy of Chairman Mao, some generals of New China and modern calligraphers. 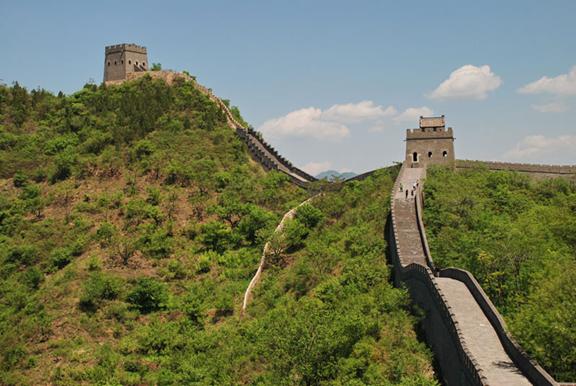 To the west of the pass, the Great Wall section is not very long. This section is located on steep cliffs. At the beginning part of this section, the wall is well preserved and the steps are also in good condition, so it is easy to climb. A short span near the start of the wall was built with huge blue bricks, and the remaining part was built with stones. Climbing over this section, you will find a single-sided wall. This wall was built on the ridge of the mountain and connects two cliffs at each end. Soon you will pass a sightseeing platform called Fairy Peak. The wall terminates here at the face of a cliff. Continue to climb a short while and you will see a steep pathway about thirty meters long with 300 steps. At the end of the pathway is Wangmaoding Mountain. The west section of the Huangyaguan Great Wall ends here.

The east section begins after the Water Pass and extends to Taipingzhai Great Wall. This section is 870 meters (2850 feet) long. As you pass the third tower along the wall, you will get a panoramic view of a watchtower far from the great wall, which is the Phoenix Watchtower. It is a round building with a square pavilion on the top. Soon you will reach another single-sided wall. Here you will find the Widow Tower and the beginning of the Taipingzhai section. 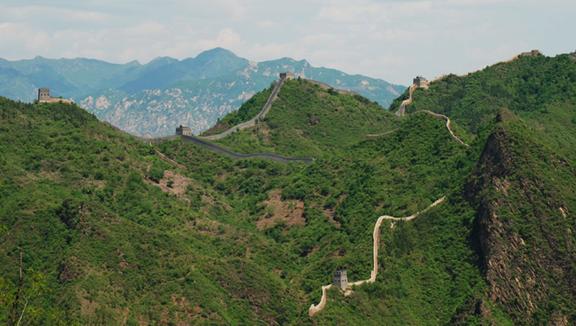 An earthquake caused some damage to the wall in the distant past. A gap was formed in the steep section of the wall just east of the fortress.

Transportation from Beijing to Huangyaguan Resort is very convenient. There are shuttle buses from Beijing Sihui Bus Station to Jixian County every fifteen minutes daily from 06:00 to 19:30. The trip takes about 2 to 2.5 hours. You can disembark at Nanlou (South Tower) Station near the hillside road and than take a local minibus to the Great Wall. The minibus ride takes less than one hour.

A marathon is held at Huangyaguan in May of every year. With great elevation change and over 5100 steps, this is a very demanding location for a marathon. Hundreds of contestants participate in the marathon each year. 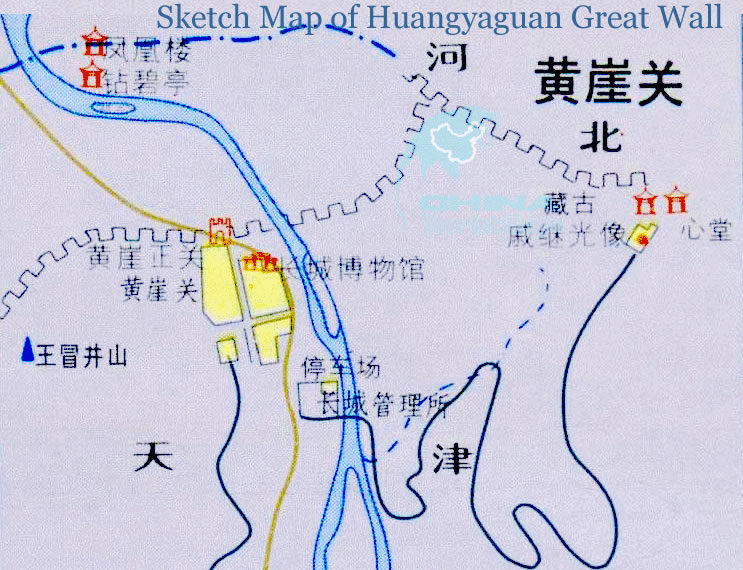 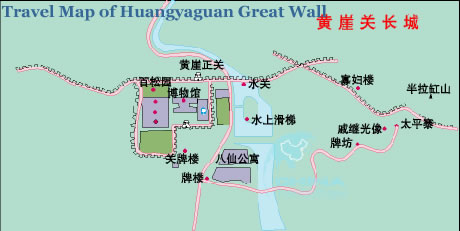 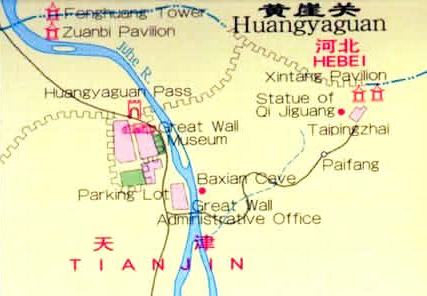 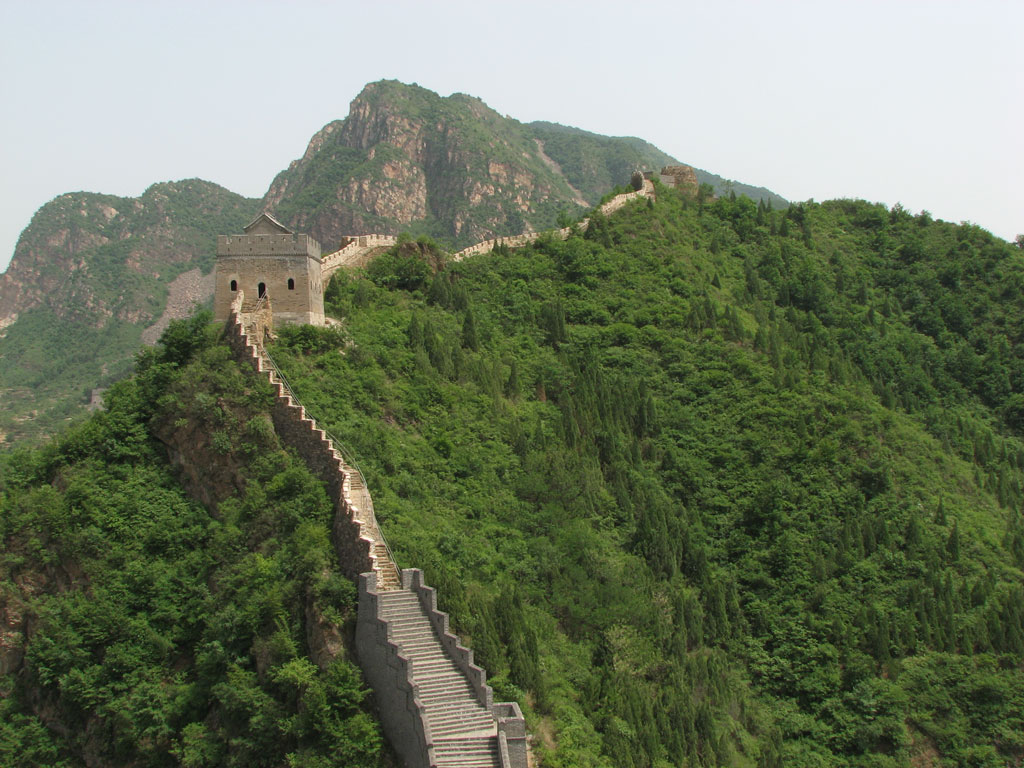 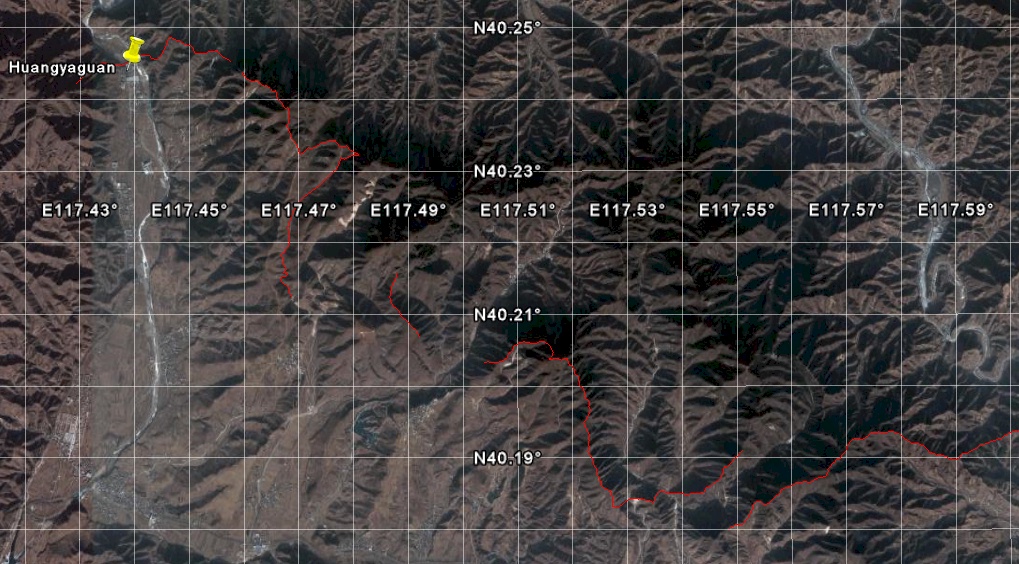 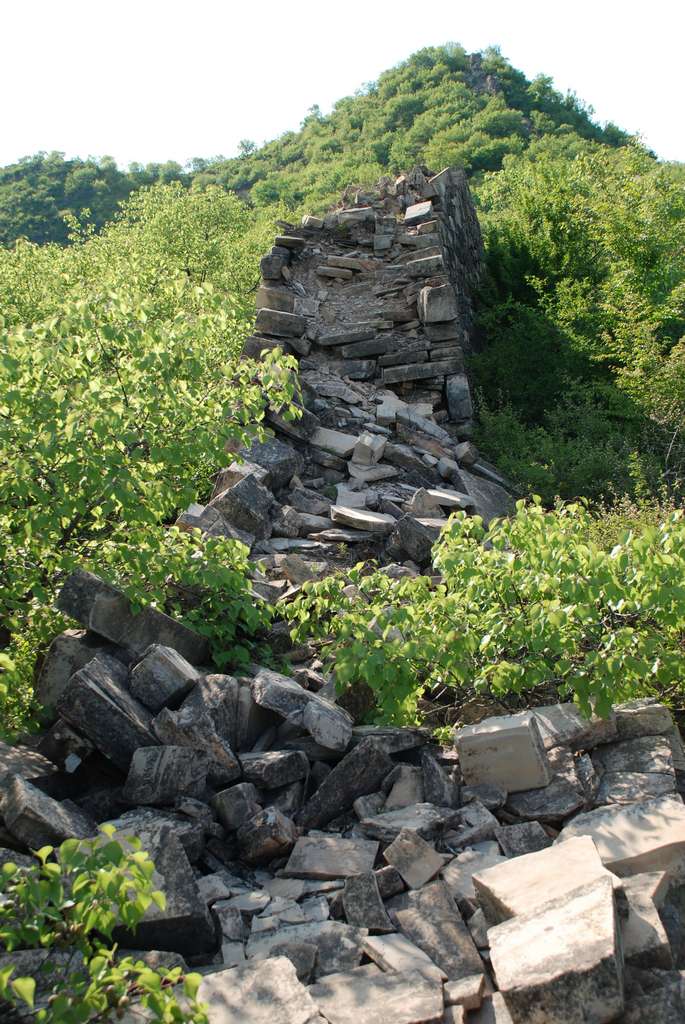 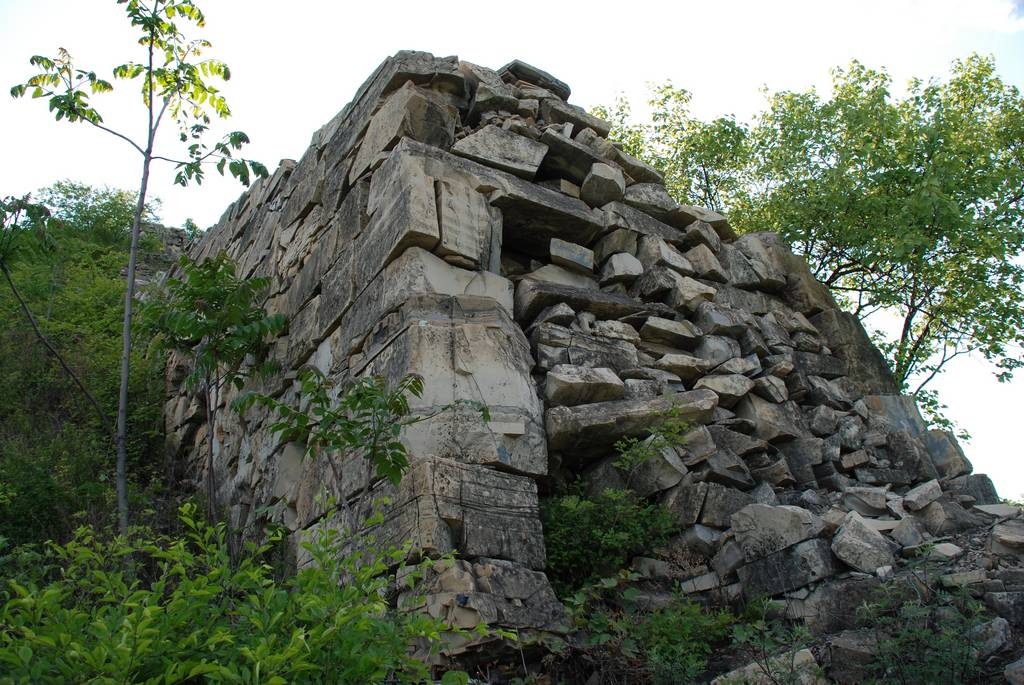