I tried a Golite Jam2 pack and found that I liked most of its characteristics, but it made my back very hot and sweaty. So I recently purchased a Golite Lite-Speed pack, which has a ventilated back, a framesheet, and many more features that I like. 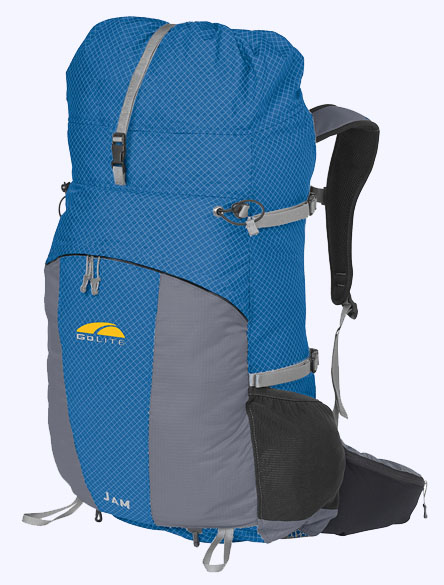 This pack is very comfortable, but unfortunately it’s much heavier than the Jam2. The Jam2 pack weighs 753 grams or 26 ounces, and the Lite-Speed weighs 1.19 kg or 42 ounces. So I set out to lighten the pack as much as possible. 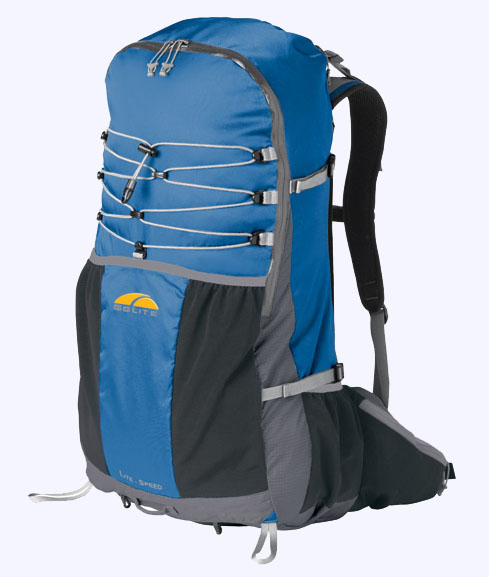 By making small changes such as removing and shortening straps, I got the weight down to 1.1 kg or 39 ounces.

Removing the framesheet from the pack, I found that it was made of thick plastic with two aluminum bars and Velcro attachments. The plastic was flexible, allowing you to bend the aluminum bars to fit your back. This assembly weighs 308 grams or 10.9 ounces and is rather bulky as well. I decided to make my own framesheet using carbon fiber composite as is used in many high-performance applications from racing cars and aircraft to sporting equipment (including hiking poles). 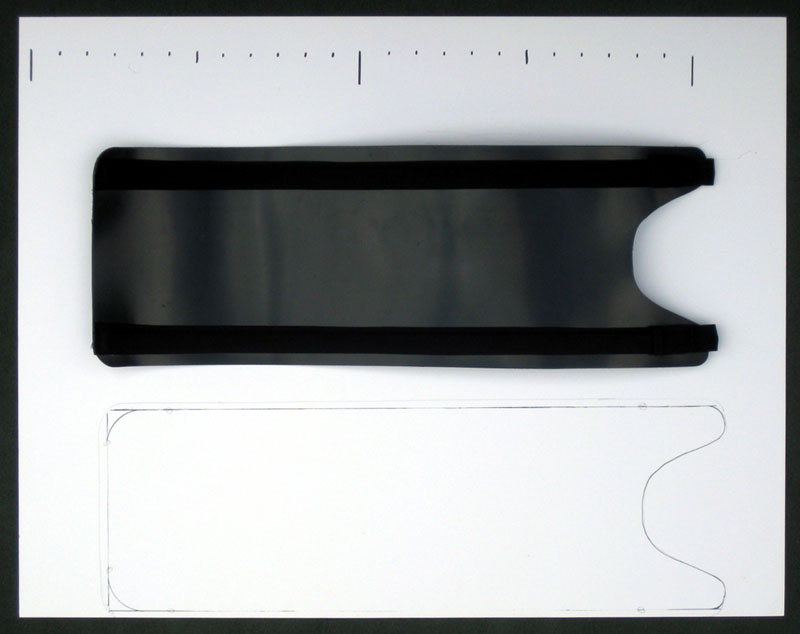 The original framesheet, with its outline traced onto poster board and a measurement scale

In order to get the exact shape of my back, I took mo photo from the side next to a measurement scale to allow me to reproduce the size exactly. Then I printed this photo using the scale to assure it was printed actual size. I cut out this photo slightly longer than the actual pack at the top and bottom. Next, I made some paper templates from this printout. (I could have just cut the printout instead.) I bent the original framesheet to this shape to ensure it was comfortable and to confirm the exact vertical position. Finally, I traced the templates onto two pieces of wood and cut them to match. 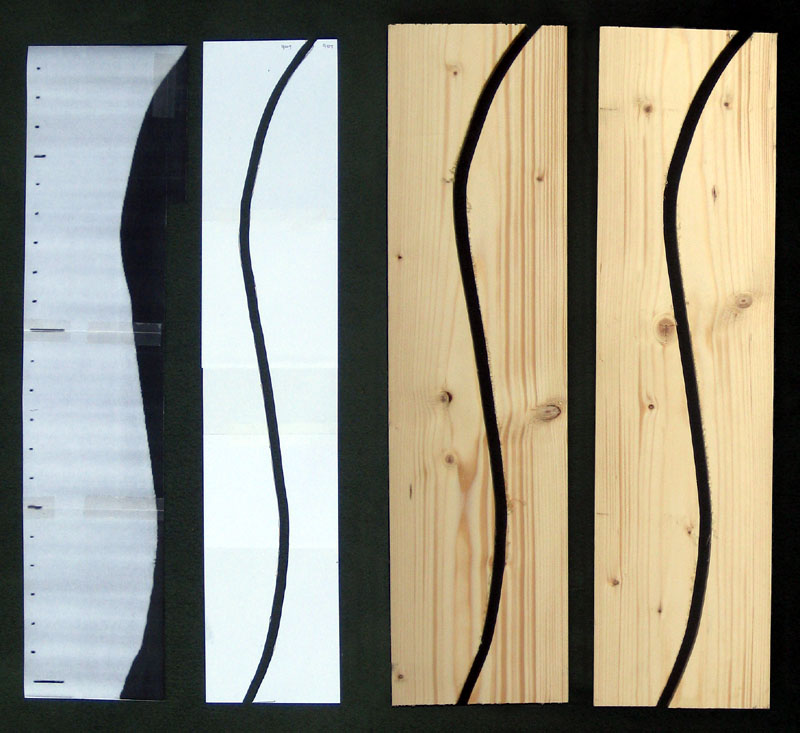 Next, I cut out a piece of sheet metal and assembled it to the wood guides. This became the mold for the new framesheet. 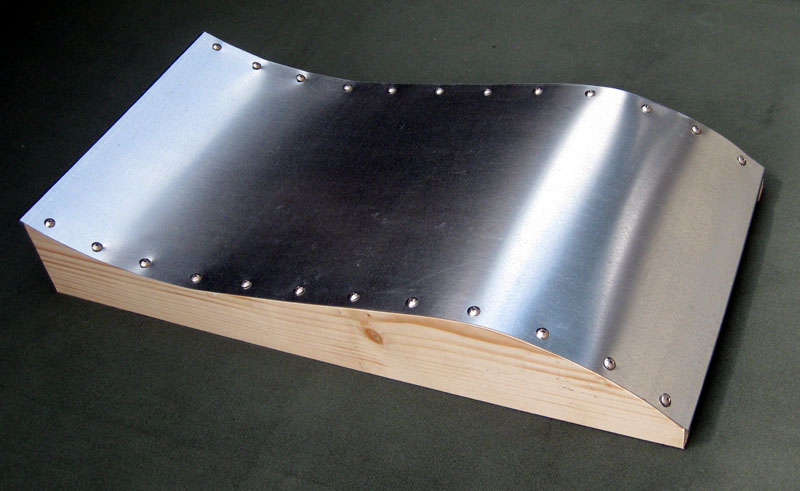 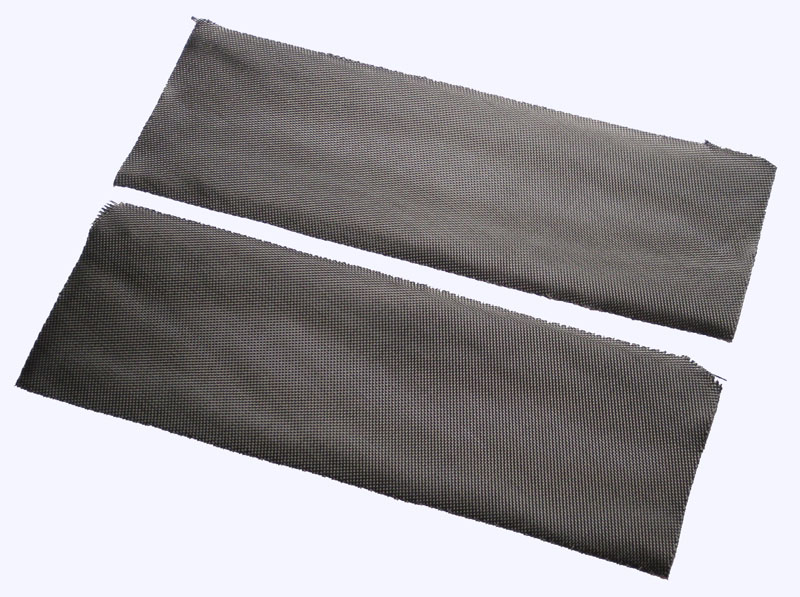 Now we’re ready to start making the framesheet. In the photo below you can see a scale (for accurately mixing the two-part epoxy), supplies for mixing and spreading the epoxy, rubber gloves, cans of epoxy and hardener, and a bag of cotton flox. 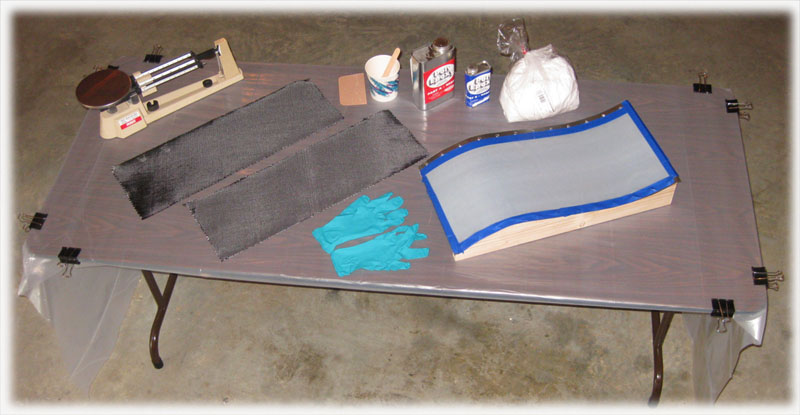 Next, I mixed up some epoxy and applied it to each carbon fiber sheet. The goal is to get the entire piece wet on both sides using the minimum amount of epoxy. These sheets were then laid onto the mold in opposing directions and the second layer of plastic was added to the top. Adding the top layer of plastic enables squeezing even more excess epoxy out of the assembly, making it as light weight as possible. 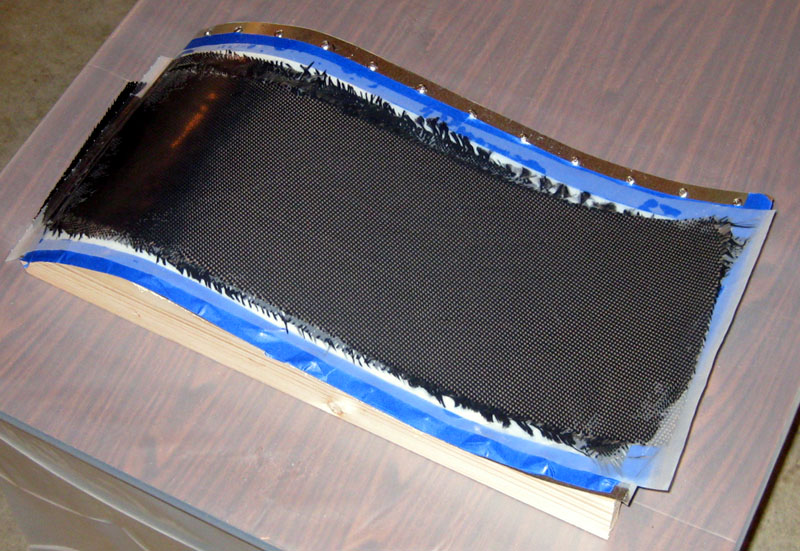 Once the first layer was dry, the plastic was removed. 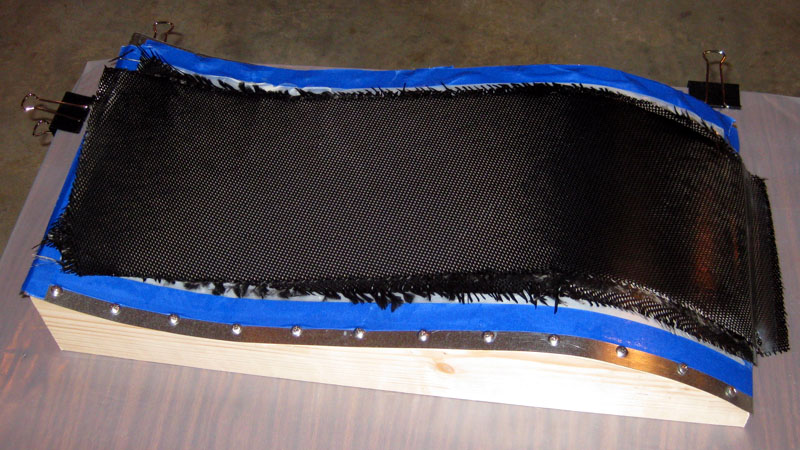 Next, I cut out a piece of foam core to match the shape of the framesheet but about 12 mm or 1/2 inch smaller all around. The foam gives the assembly some thickness while adding very little weight. I beveled the edges of the foam on all sides and cut another layer of carbon fiber fabric. This layer was not cut on a bias, so that it would be oriented in a different direction from the first two layers.

I mixed up some more epoxy and used it to wet the carbon fabric. Then I added some cotton flox to the epoxy, which greatly increases its volume without adding any significant weight. This mix was used to wet the foam core on both sides. Next, the foam core and the top carbon sheet were added to the first two layers. Again a layer of plastic was added to the top. A thin sheet of aluminum, the opposing wood strips, and some weights were added to press everything together, and the assembly was allowed to dry. 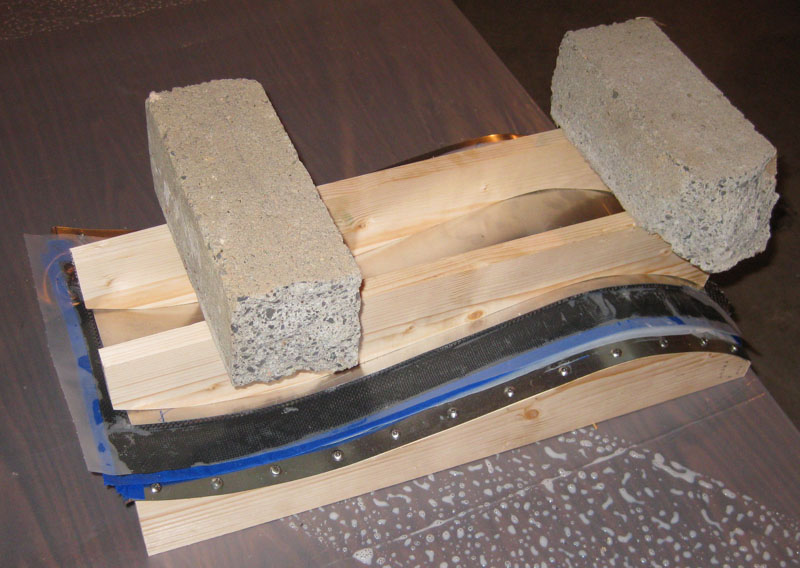 After drying, the framesheet was removed from the mold and cured in an oven. 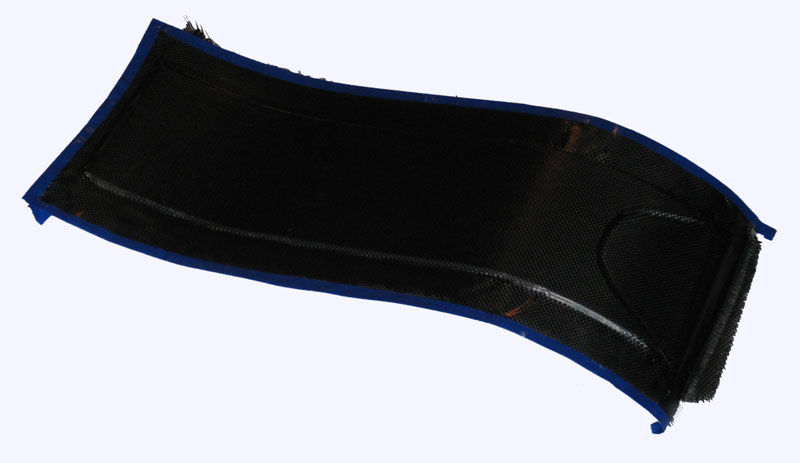 Finally, the framesheet was cut and smoothed to its final form.

The finished framesheet weighs 219 grams or 7.7 ounces, saving 89 grams or 3.2 ounces. That may seem like a lot of trouble for a little bit of weight savings. But it’s far stronger than the original part, it’s thinner, it doesn’t have the ridges the aluminum stays created, it’s waterproof, it’s metal detector friendly, and it fits my back perfectly. And I had fun making it.