The fifteenth tower at Simatai is called Xiannulou, the Fairy Tower, Fairy Maid Tower, or Fairy Maiden Tower. This tower, steeped in legend, is one of the most slender towers on the entire Great Wall due to the narrow ridge on which it is built. Xiannulou marks the beginning of a section approximately 100 meters (328 feet) long known as Tianqiao, or Sky Bridge. This is probably the most dangerous span of the entire Great Wall. The wall narrows to approximately one-half of one meter (one and a half feet), and again, sometimes less. Falling here is almost sure to be fatal. Some of the steps in this span are more than a meter in height and a couple of them are nearly two meters high. Tianqiao is actually easiest to cross going from east to west because you can go down, rather than up, these very high steps. However, this direction requires you to also go down, rather than up, Tianti, which to me is much more scary and difficult. 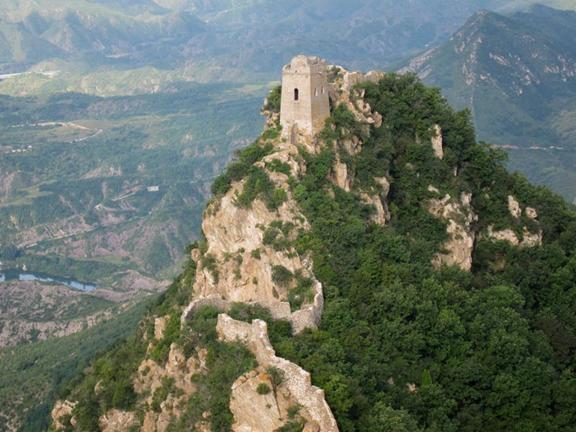