Banchangyu is a supporting pass of the Yiyuankou Great Wall. Yiyuankou was an important strategic pass which was repeatedly attacked. As a result, this area of the Great Wall was carefully built and highly reinforced. As if to prove the critical nature of the location of Yiyuankou, Japanese invaders attacked the pass on the 21st of March, 1933, as a prelude to the second Sino-Japanese war.

Banchangyu lies on steep terrain of up to 850 meters of elevation. It consists of a giant loop of early and late Ming Dynasty Great Walls. 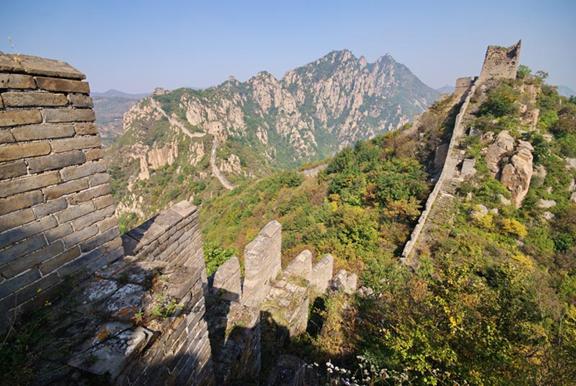 The Banchangyu area Great Wall is one of the most beautiful Great Wall sections in Hebei. The wall makes its way through areas of gigantic and dramatic stone formations. The scenery is stunning.

On its way from east to west, the Great Wall makes a nearly complete circuit around Banchangyu, with an older Ming Dynasty Great Wall on the south side and a newer and better-preserved wall on the north side. The entire circuit is about 9.9 kilometers (6.2 miles) in length and would represent a very challenging hike due to the terrain and the damaged and deteriorated condition of the wall in many places. Only at the northeastern part of the circle is there a gap of about 0.34 kilometers (0.21 miles) where no wall was built due to very high and steep terrain forming an effective natural barrier. 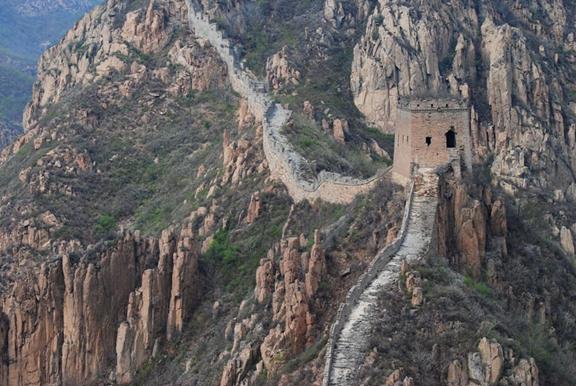 Along the early, southern wall, and further to the east towards Pingdingyu, you can find trenches that were built alongside the wall to serve as additional barriers to enemy attackers. Around 40°12'41"N 119°34'56"E, and further to the east around 40°13'33"N 119°35'17"E, you can even find two parallel trenches, which, combined with the wall, represent a triple barrier.

Kilns used for manufacture of bricks, located around 40°12'1"N 119°33'54"E about halfway between Banchangyu village and Yiyuankou, are very interesting to visit today. 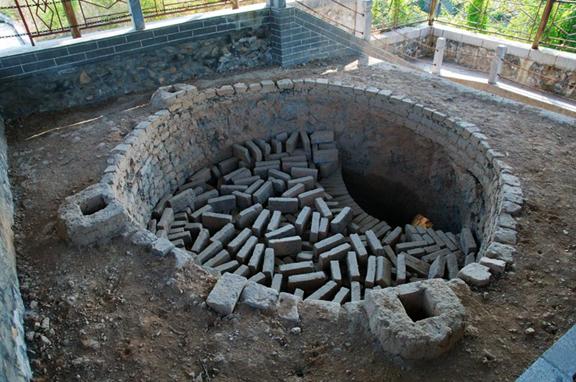 There is a temple to the south of Banchangyu village at 40°11'19"N 119°34'11"E which is a protected cultural relic. The temple was built in the Ming Dynasty and rebuilt during the Qing Dynasty.

Location summary: Banchangyu is about 272 kilometers (169 miles) east of downtown Beijing. It is about 3.8 kilometers (2.4 miles) west of Pingdingyu and about 3.5 kilometers (2.2 miles) north of Yiyuankou. 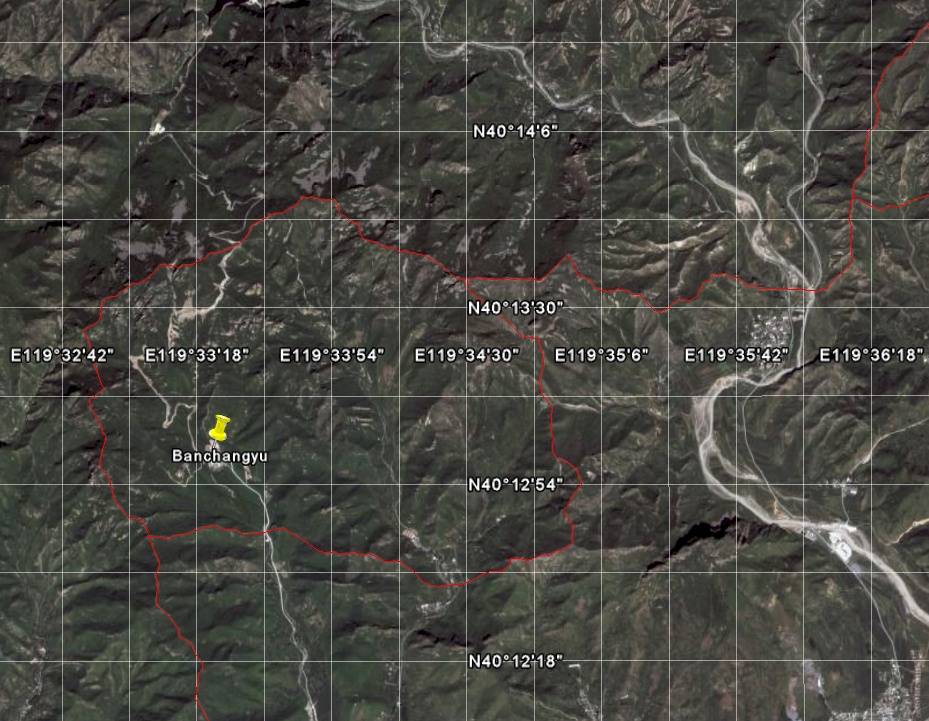 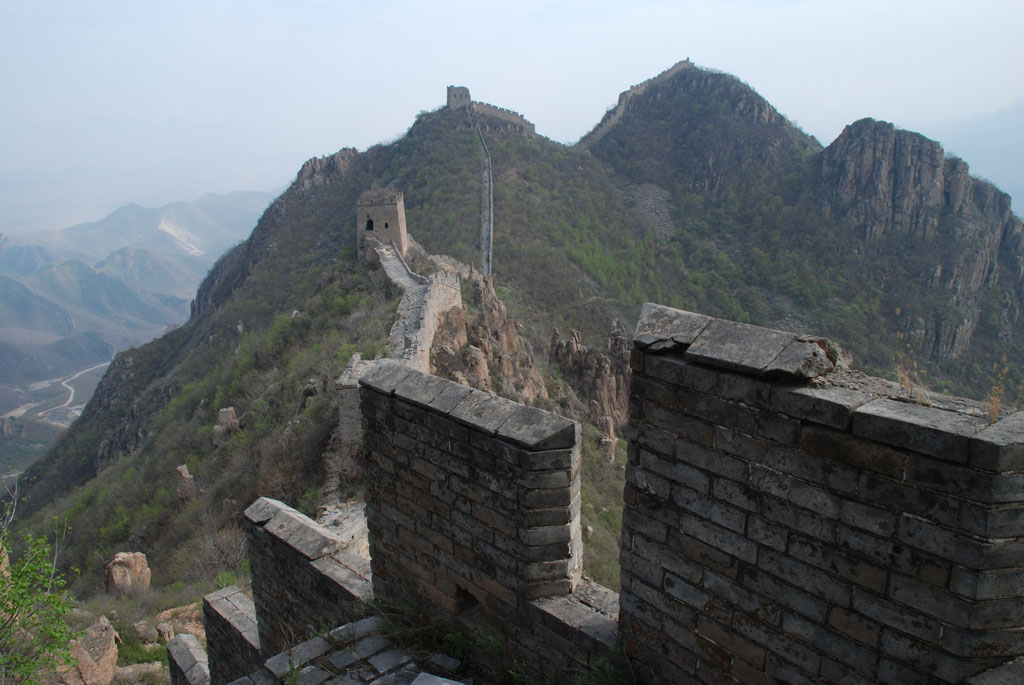