Jielingkou is the largest pass in Qinhuangdao and one of the most important—and interesting—passes in eastern Hebei province. Strategically, it was an extremely important pass during the Ming Dynasty. Many invasions by the Mongolians took place here during the early years of the Ming Dynasty. The defense structures in the area were augmented repeatedly. Eventually the fortifications at Jielingkou became some of the most elaborate and secure.

On each side of the pass, as the Great Wall comes down from the high mountains, the wall splits into two parallel walls. This left a triangular area on each side of the pass which served as a fortress and is known as a crescent wall. In between the two crescent walls was a walled pass town with several watch towers. The relics of these fortifications can be seen today. 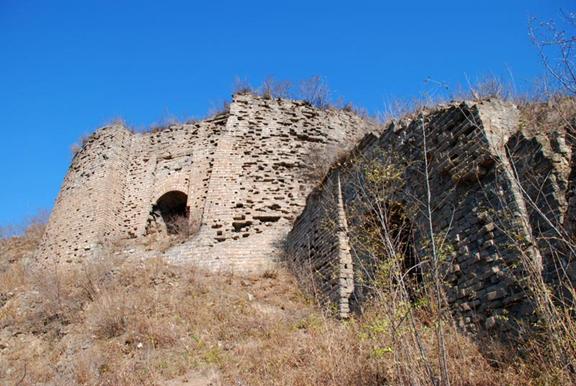 From Jielingkou, the Great Wall rises steeply up mountains in both directions. The eastern wall rises to a height of 445 meters (1460 feet).

At Hanshuiguan, 2 kilometers (1.2 miles) to the west of Jielingkou, several battles with the Japanese took place in March of 1933. You can find bullet holes in the outer tower walls and seven inscriptions on the inner walls. The inscriptions describe battles and important Japanese casualties. There are high watch towers here, one of which is more than 700 meters (2300 feet) above sea level.

5 kilometers (3.1 miles) to the east of Jielingkou lies Jianganling. The pass has a stone fortress still in good condition.

Highway S261 runs through Jielingkou, making it easy to access.

Driving directions: From Beijing, drive east on the G1 Jinghua Expressway for 242 kilometers (150 miles). Exit at S261 and drive north for 31.5 kilometers (19.5 miles) to Jielingkoucun. 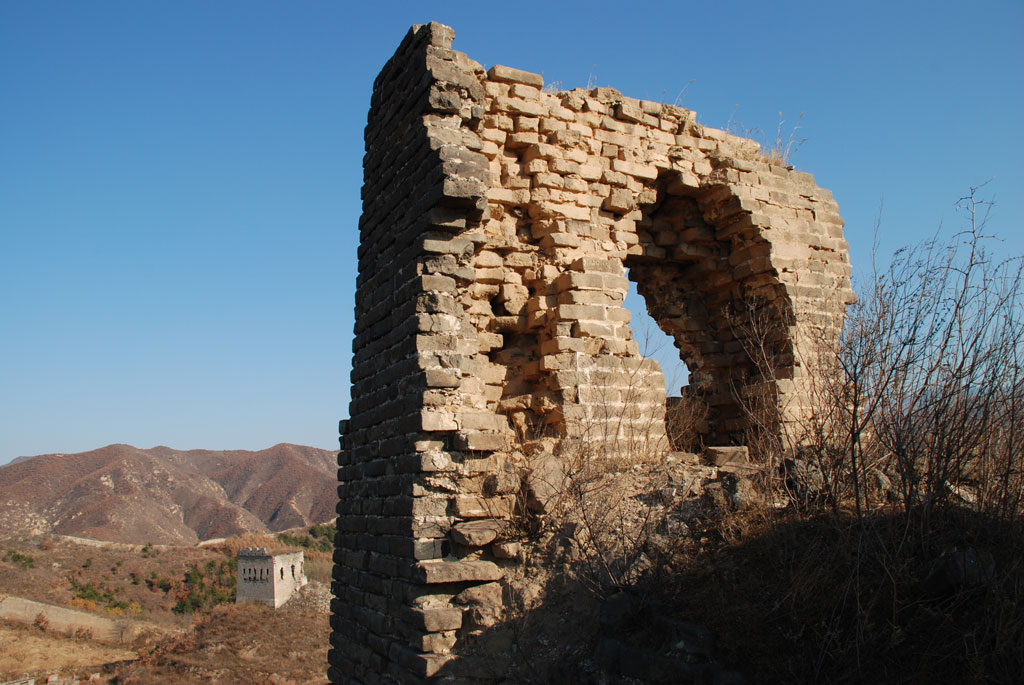