There are two ways to get here, neither of which are by public buses since they don't come this way. Both places are roughly 12-13km from Zunhua bus station and a taxi ride should cost no more than 30 kuai.

1. Take a taxi to Chanlin Temple (禅林寺), a temple with supposedly one thousand years of history (although reconstructed after the Japanese burnt it down sometime in the 40s). Ticket costs 50 kuai. Getting to the Great Wall from here is a bit far as you have to walk up and down a mountain before getting to it.

2. Take a taxi to Dashiyu itself. If the taxi driver doesn't know how to get there, it's roughly a kilometer northeast of Matiyu (马蹄峪) village. There's no ticket to my knowledge and it's closer to the Great Wall than coming from Chanlin Temple.

Keep going down this road. You can see turning right will take you to Chanlin Temple in 3km and Jiufengshan in 6km. Going straight, Matiyu is 2km away and Dashiyu is 3km away. 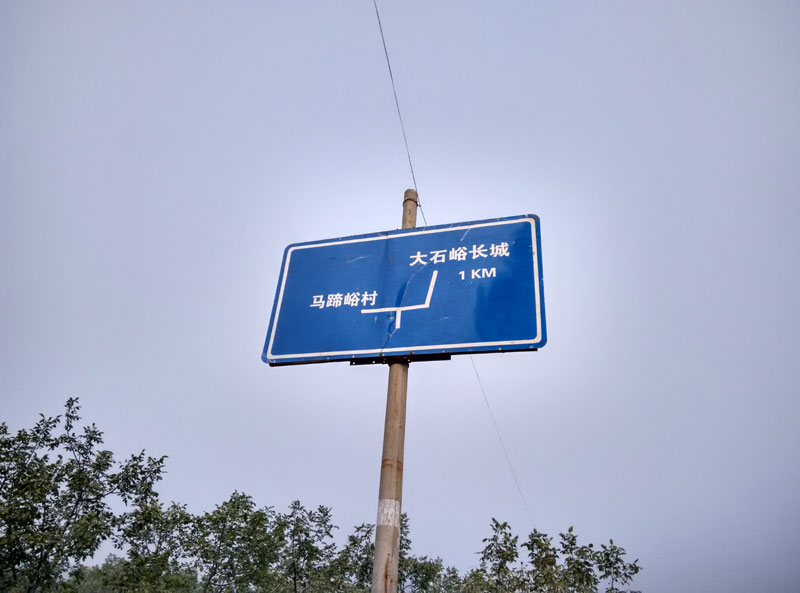 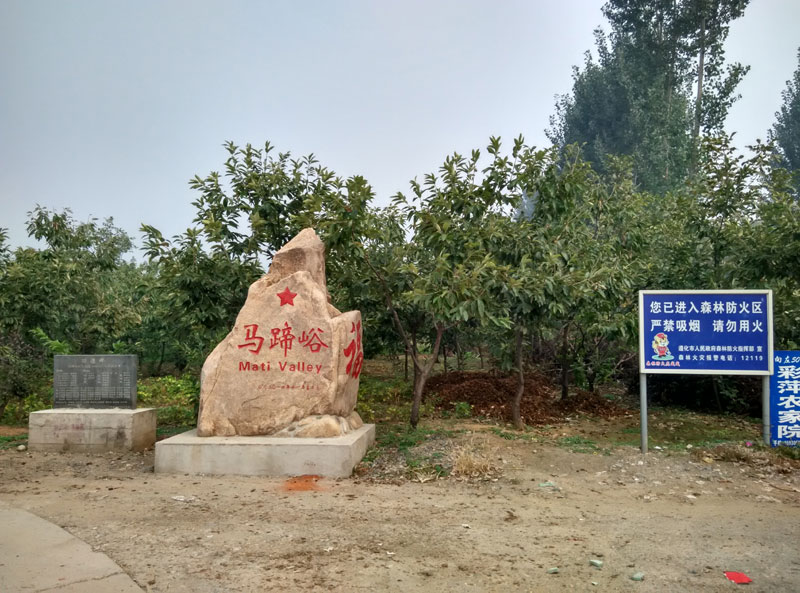 Upon seeing this, take a right. Keep going straight down the road for about a kilometer and then you'll come across an open space on your right. Just walk through the gorge and you'll eventually see the Great Wall. 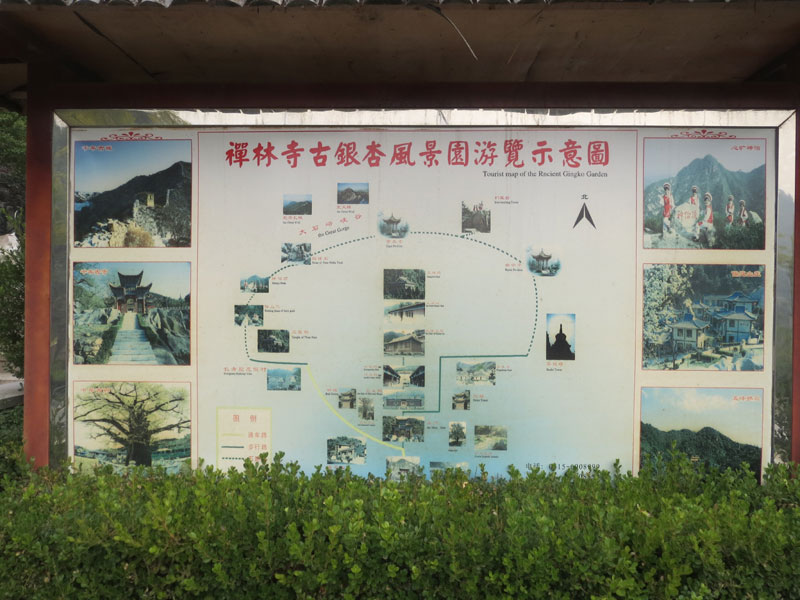 Here's a map from Chanlin Temple. It calls the Great Wall 北齐长城 (Northern Qi Great Wall) and 北尖楼 (referring to one of the guard towers). 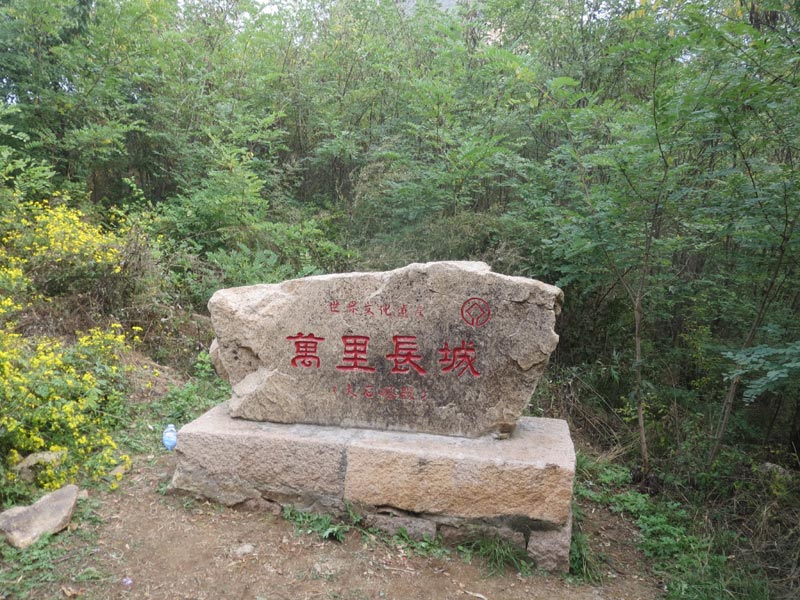 A UNESCO tablet near the Wall, with 大石峪段 (Dashiyu Section) written at the bottom. 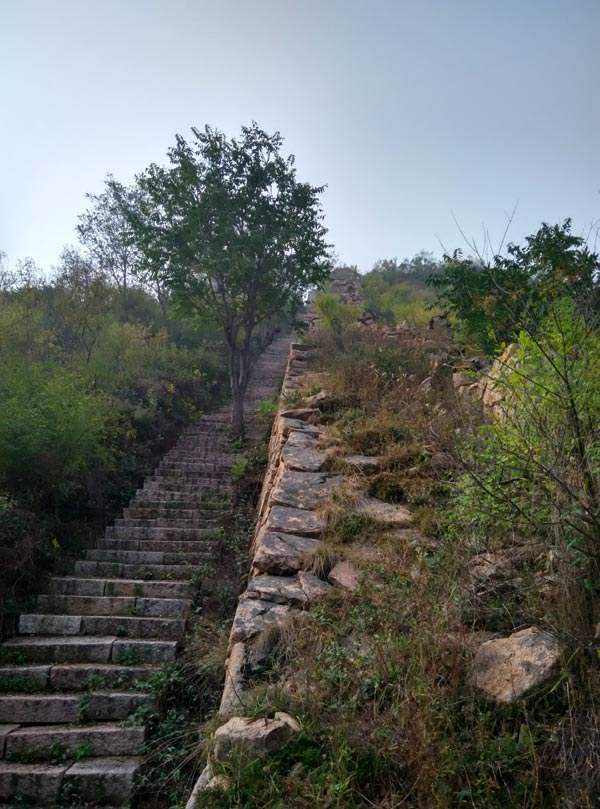 Going up the left side first, new stairs built on the left so people don't have to walk on the crumbling Wall on the right. 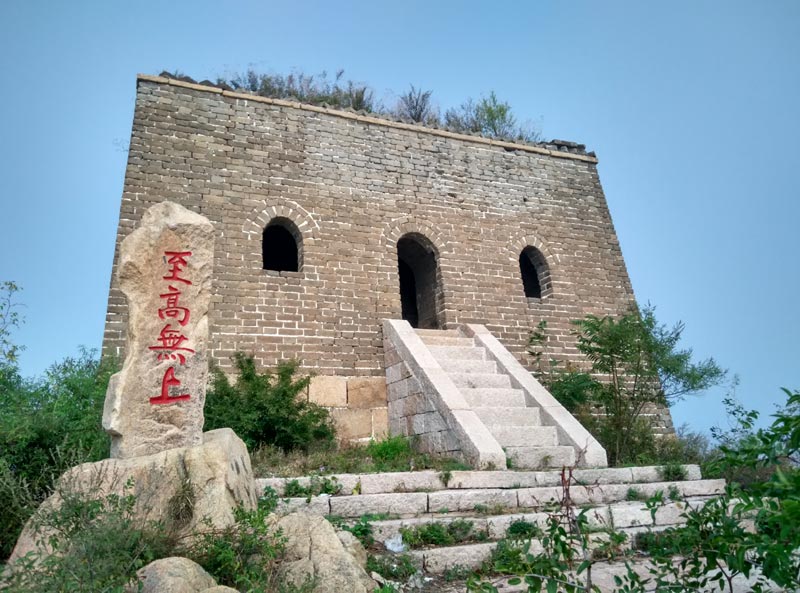 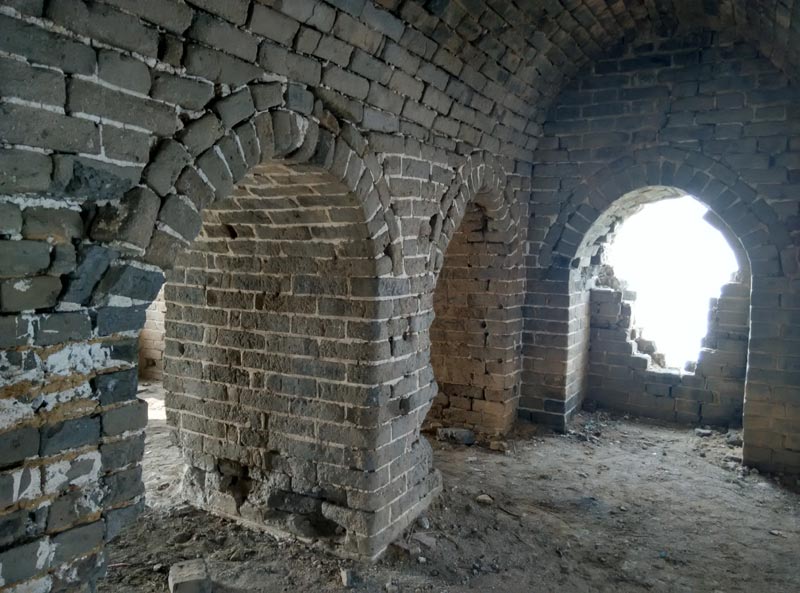 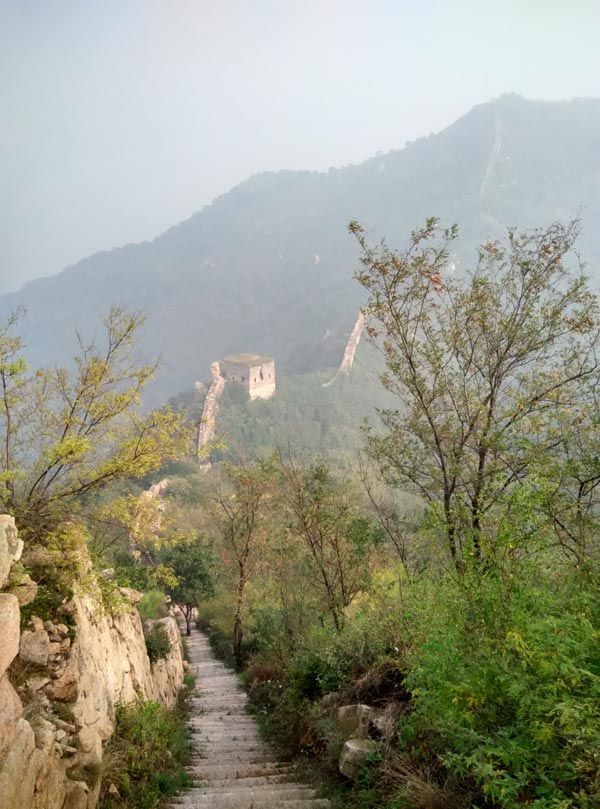 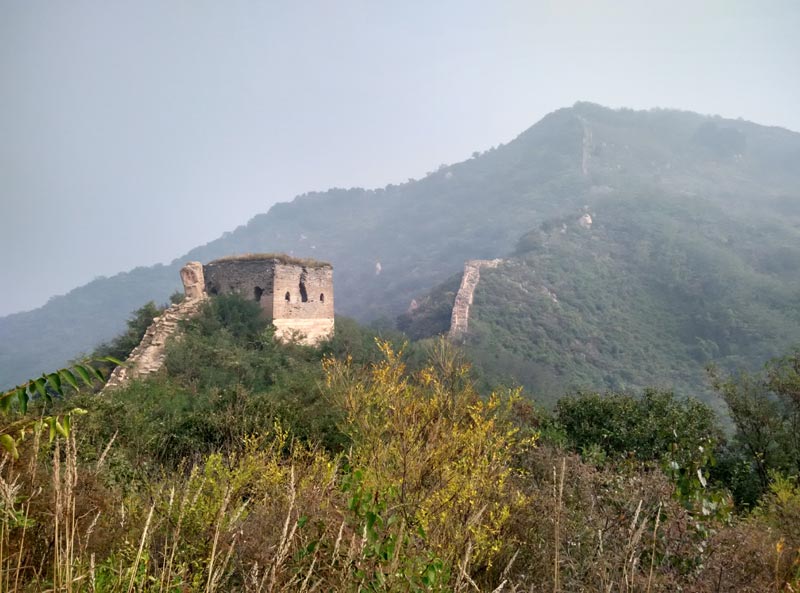 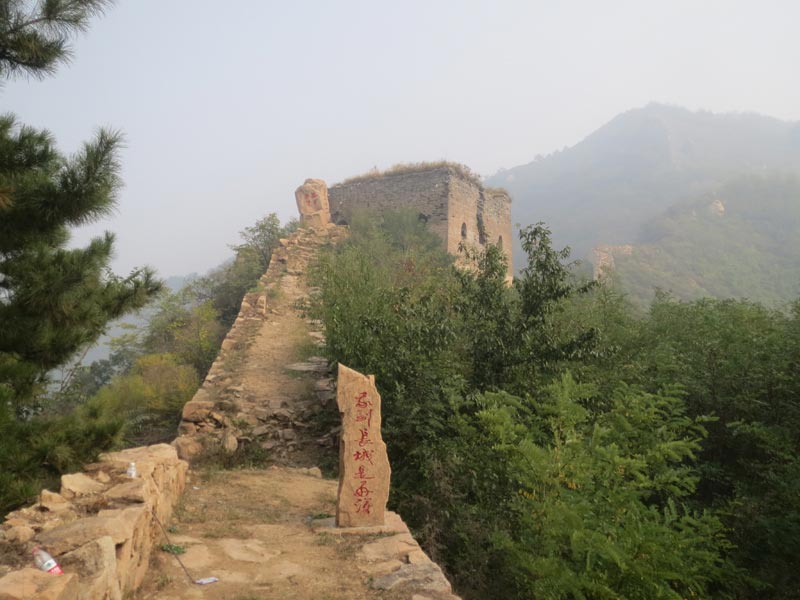 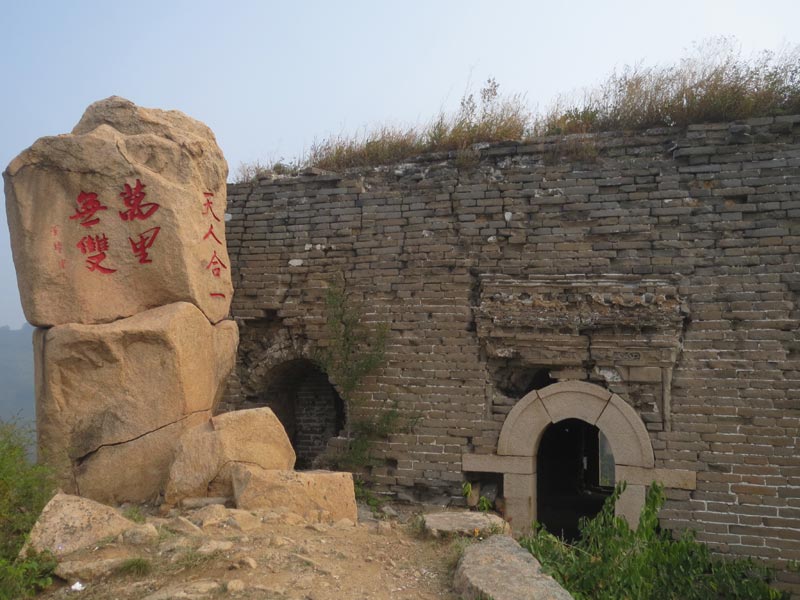 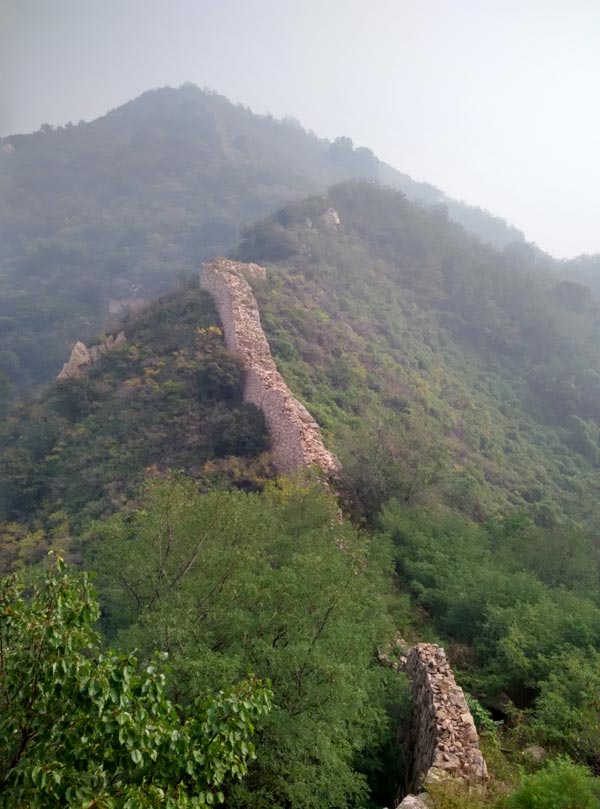 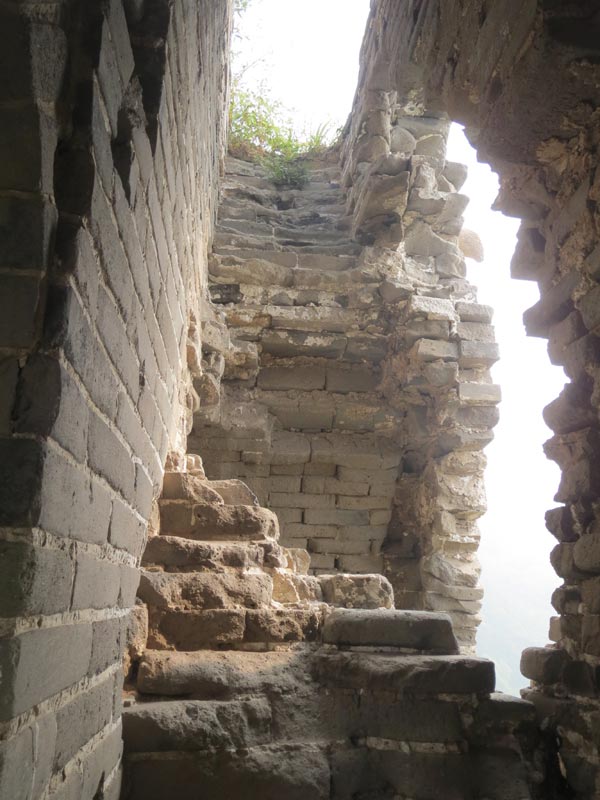 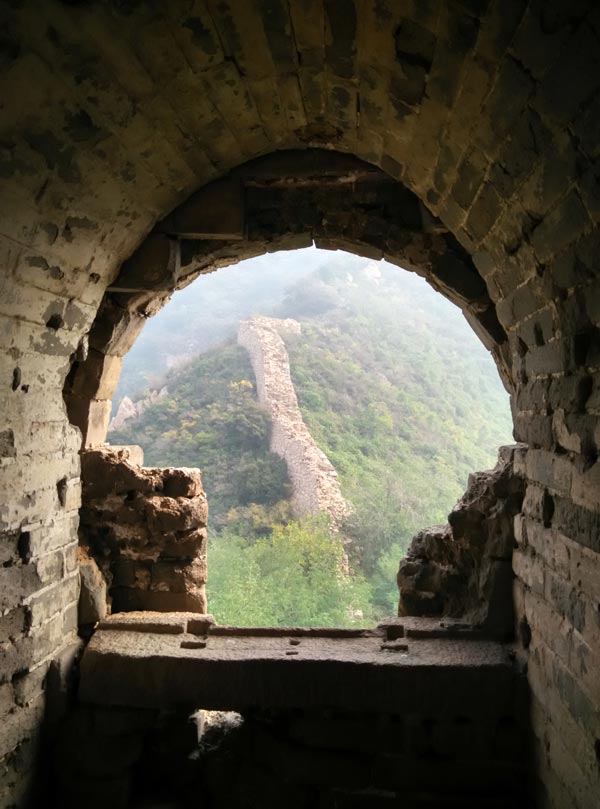 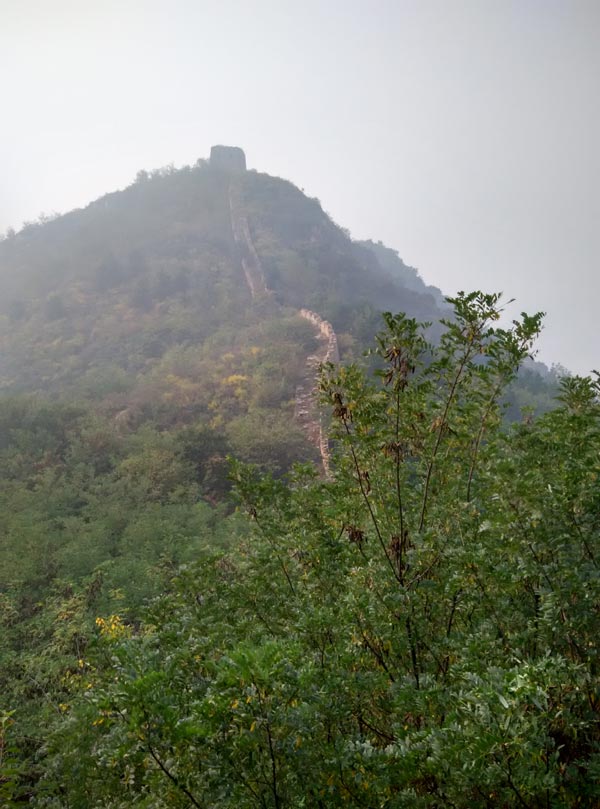 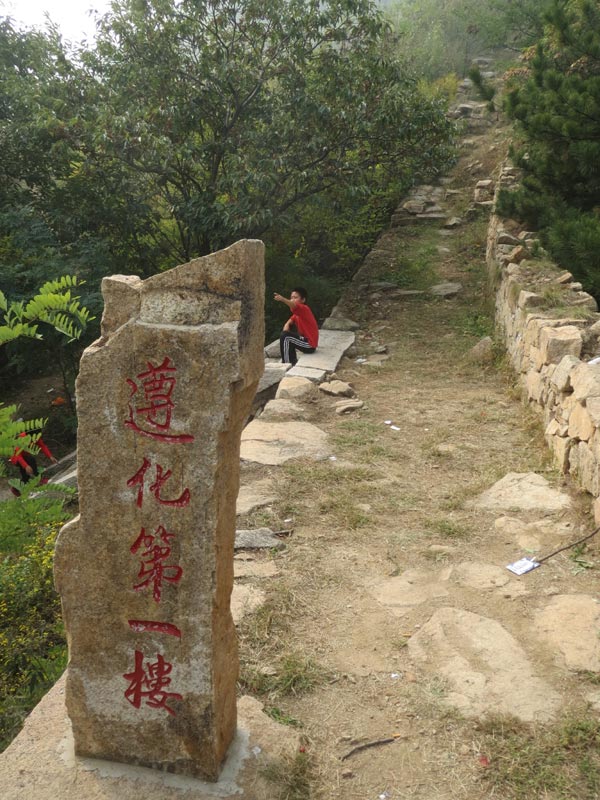 And that's pretty much it. I would've bothered going up the other side but it didn't seem stable and the smog was terrible that day.

Be aware that if you want to go back to Chanlin Temple, you must walk up the mountain opposite from the mountain the Great Wall is on. If you just exit to the right and walk through the gorge, it won't take you to the temple, and if you have no transport waiting for you it's a long walk back to the main road where you can take bus 1 back to Zunhua bus station for 2 kuai. (a 90+ minute walk). 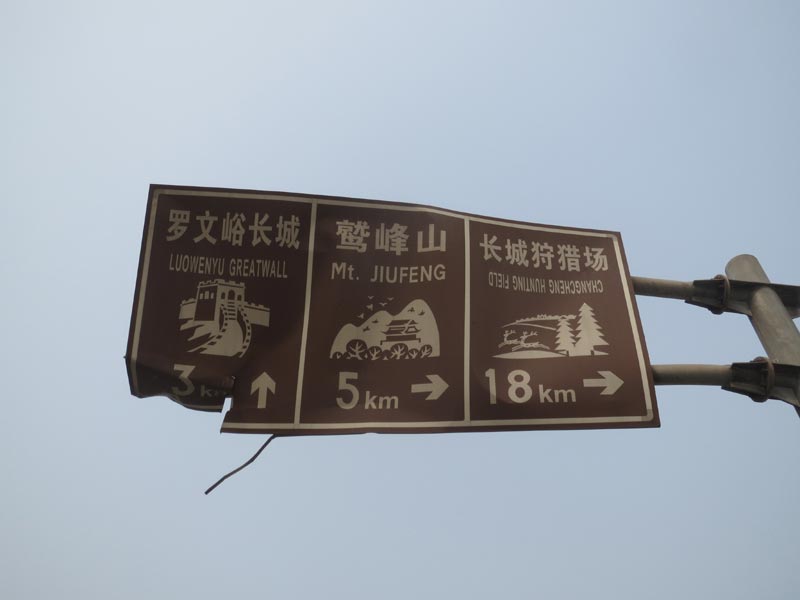 So this is interesting. This is back on the main road where you can take bus 1, and it says Jiufengshan is only 5 km away