So this is in Qian'an, not sure exactly how far from the bus station, but I was able to haggle a taxi driver down to 70 kuai for a one way trip. Unlike other sections in Qian'an – like Baiyangyu and Hongyukou – where you have to walk up the mountain before getting on the wall, it's possible to drive right up to Xuliukou's wall and begin walking from there. No ticket booth.

As a sidenote, I recently discovered Qian'an has a train station, except it's called Luanhe Station (滦河站). Roughly a two hour ride from Beijing South for those interested. 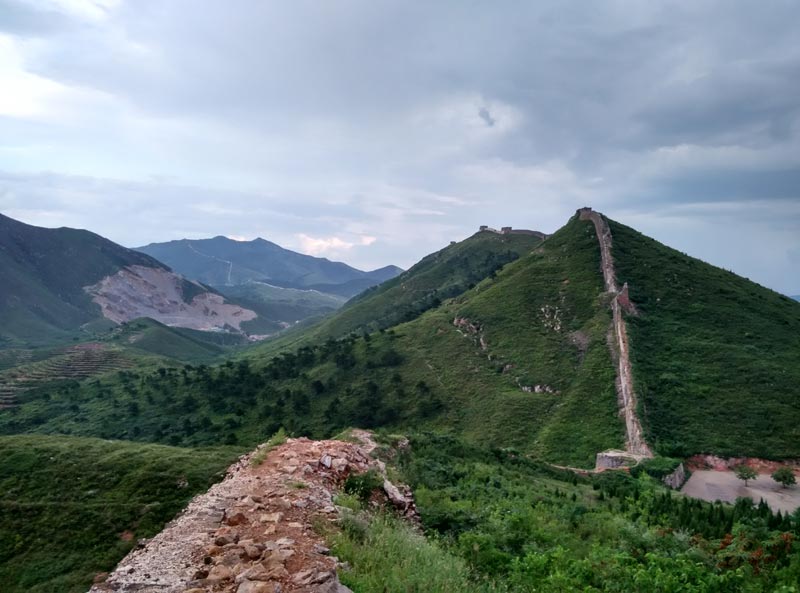 You can see the parking lot on the bottom right 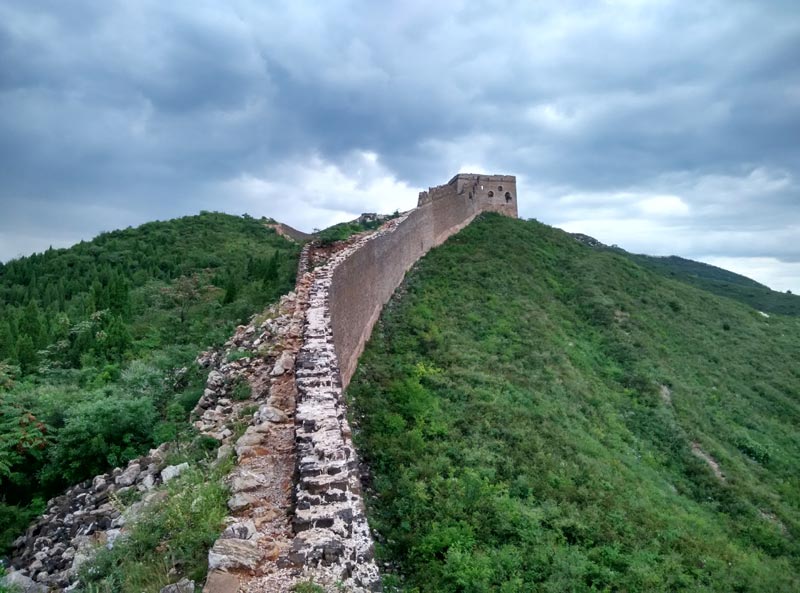 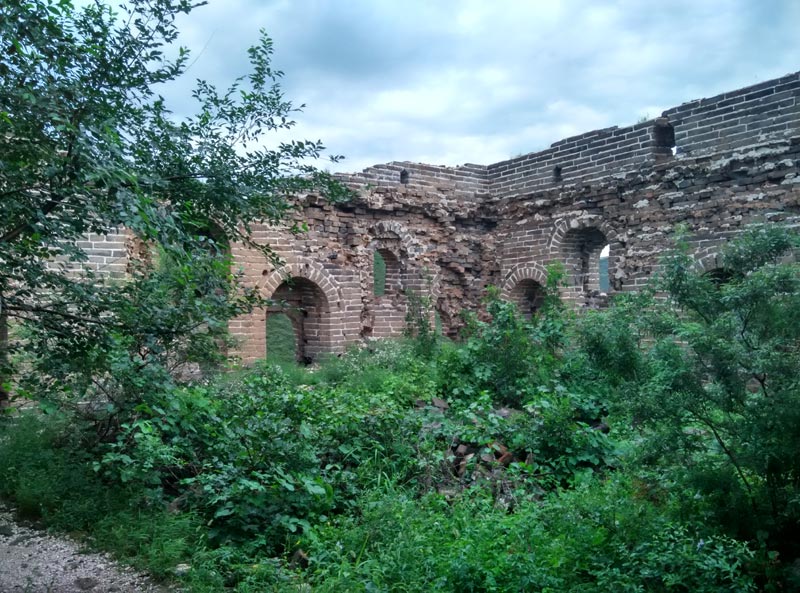 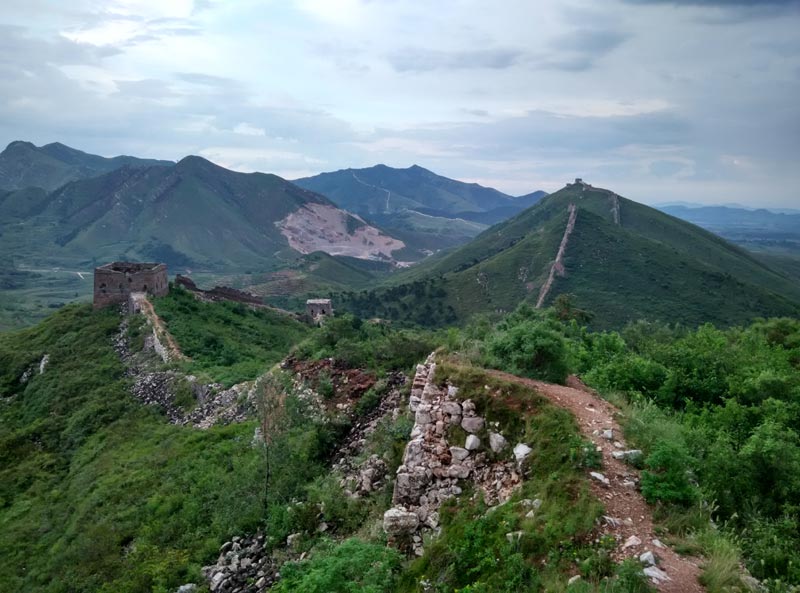 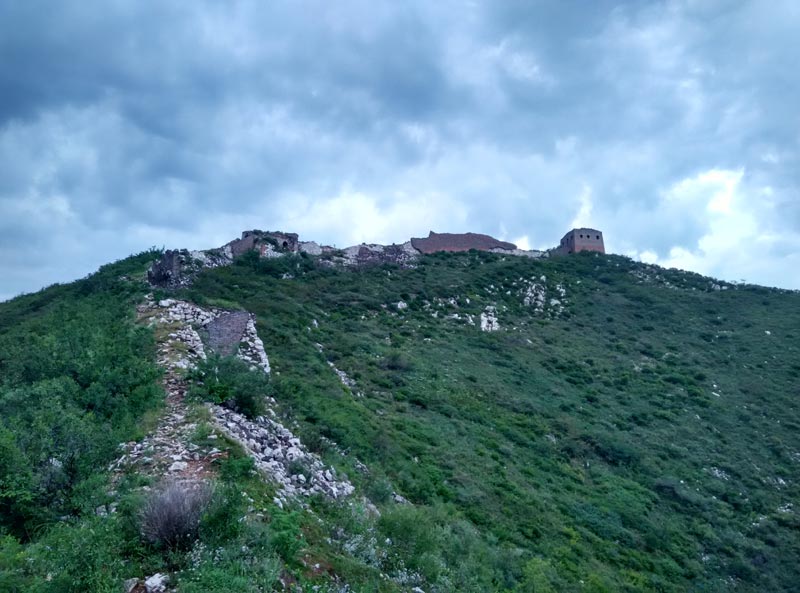 As usual, no GPS coordinates. I've tried looking for them in my pictures EXIF data but it appears there's nothing, sorry folks. 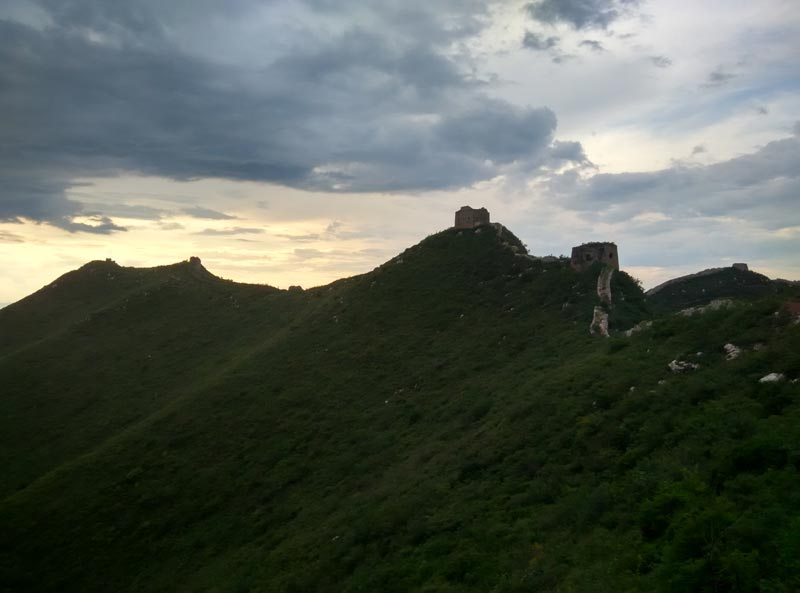 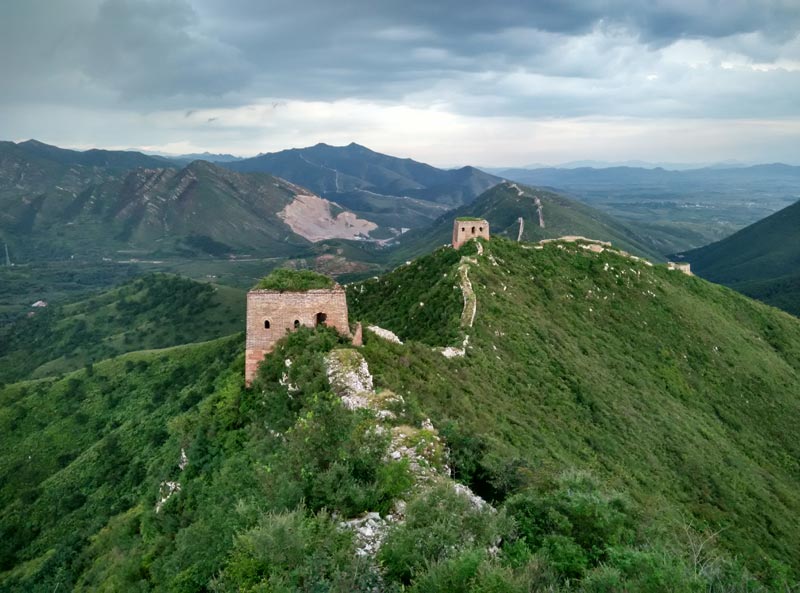 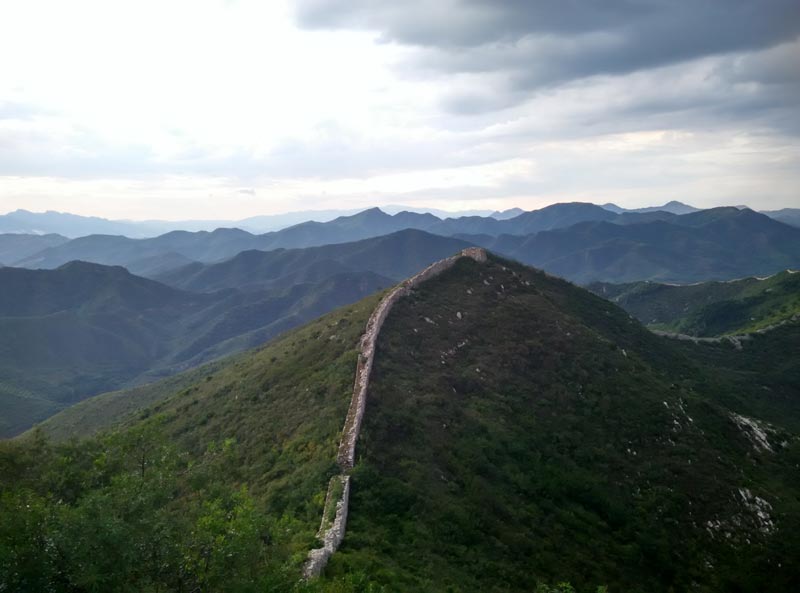 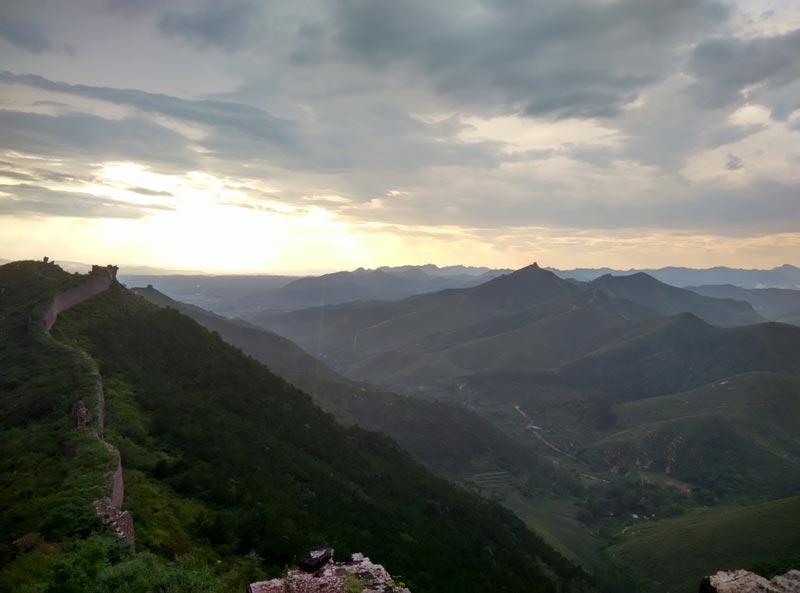 On the right side, you can see Heliukou 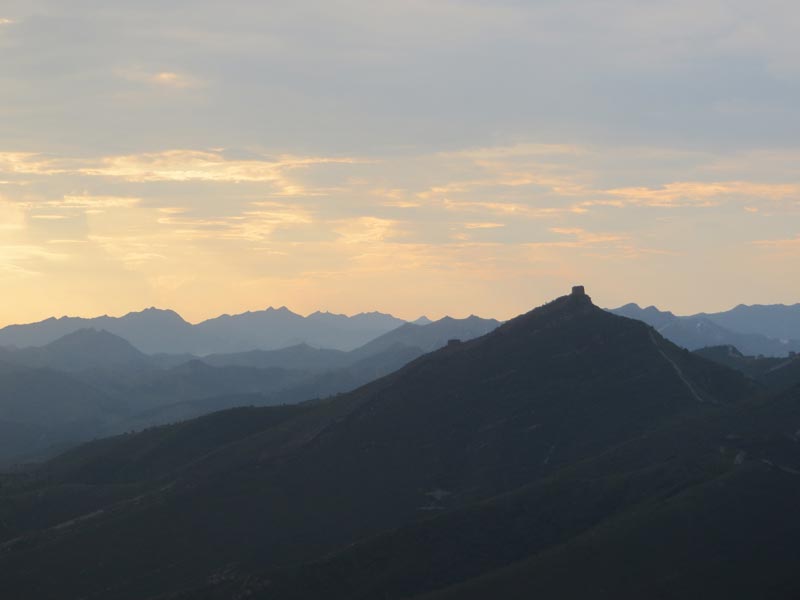 Zoomed in on Heliukou Great Wall 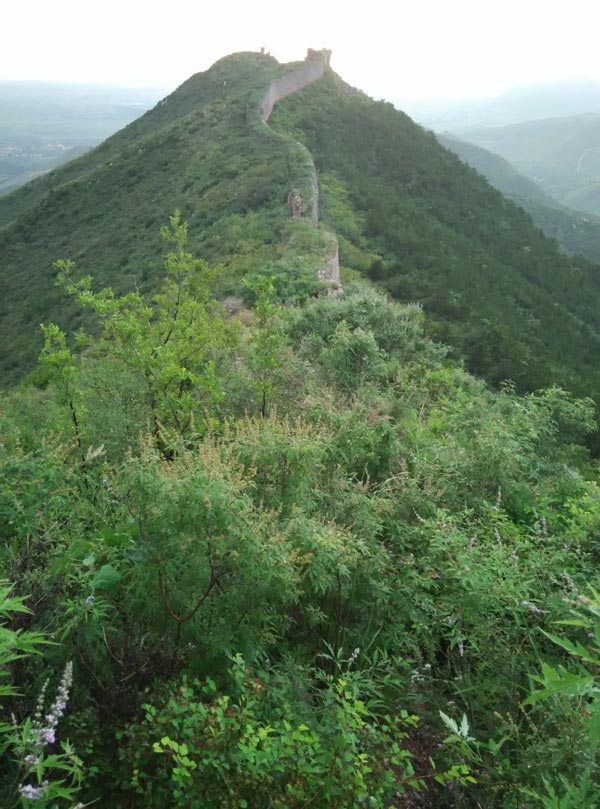 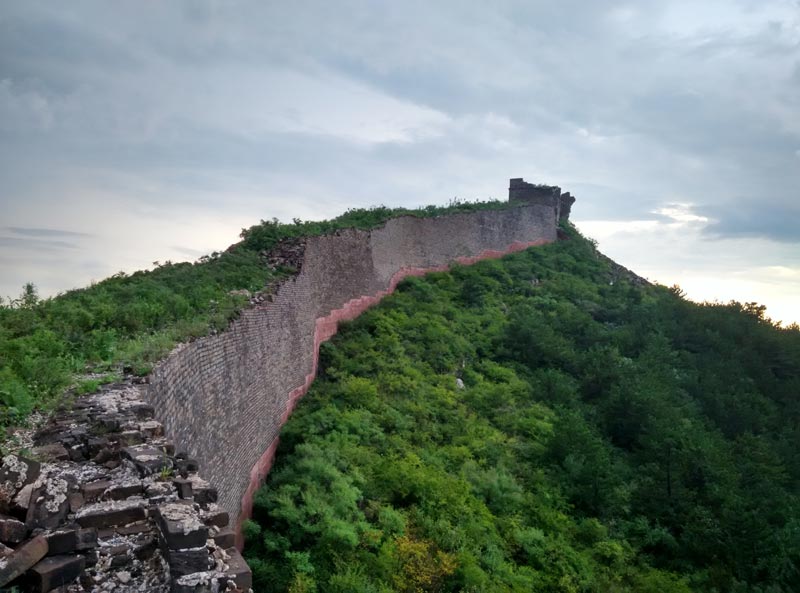 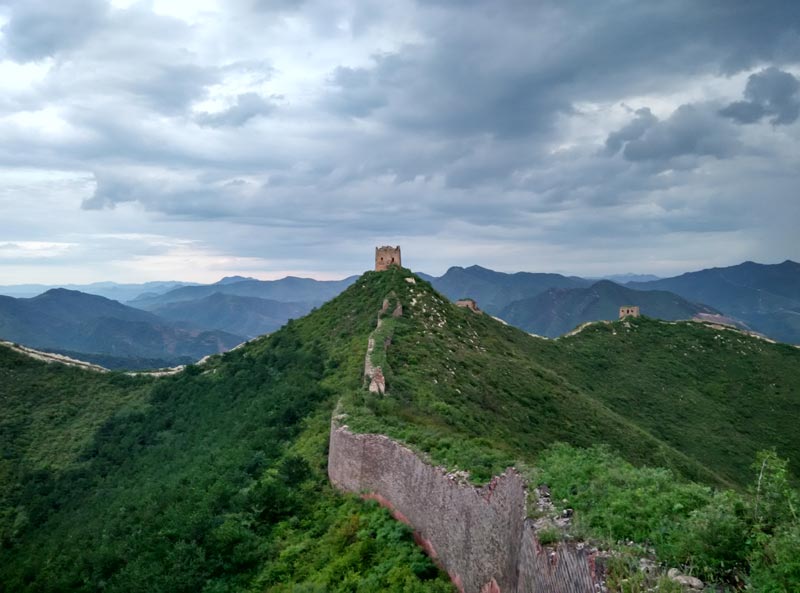 Looking back, you can see a wall jutting out from the main wall to the left. I didn't have time to walk the side wall. As for all that overgrowth, thankfully there weren't many thorns... 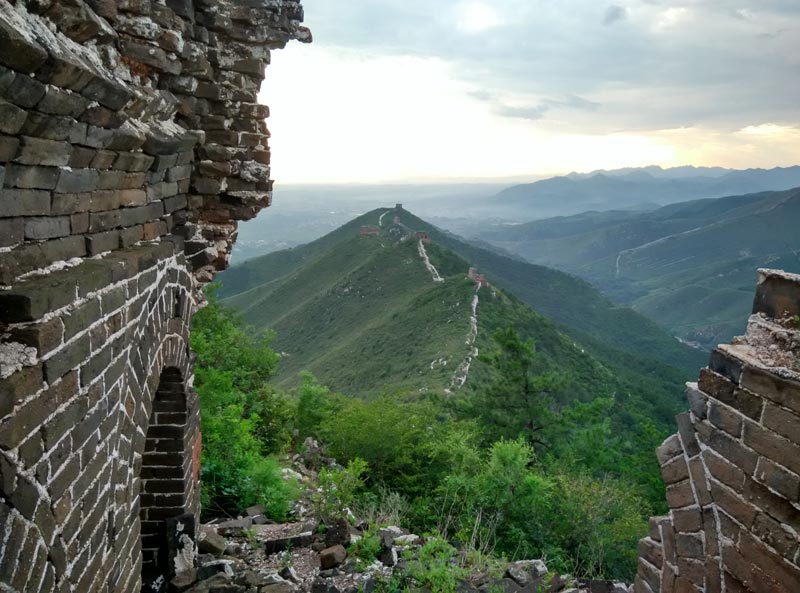 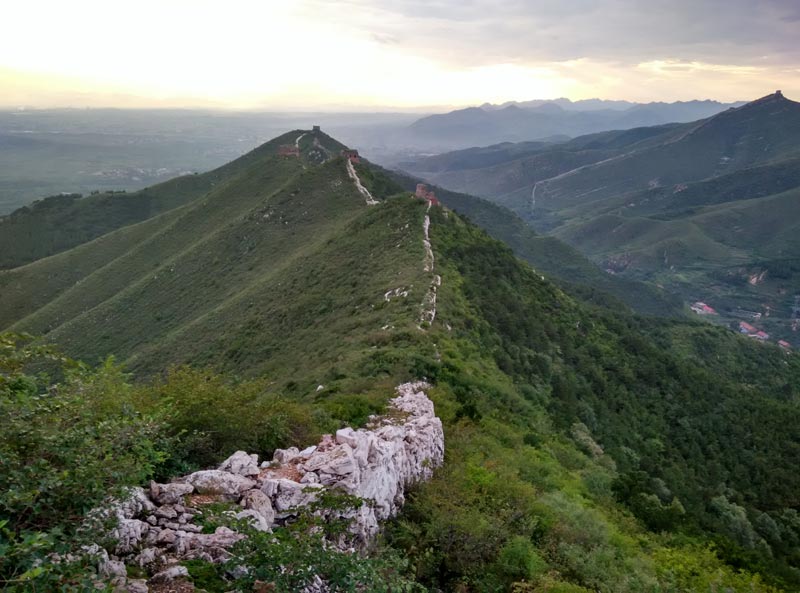 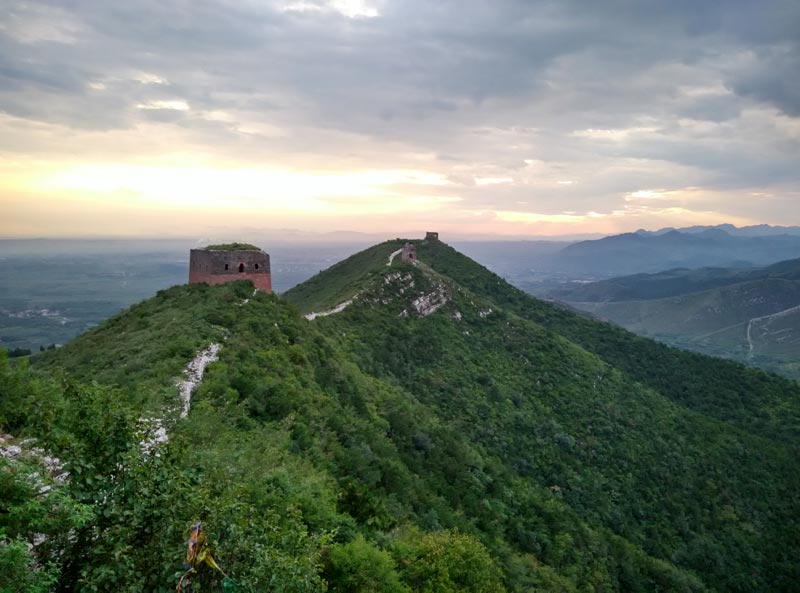 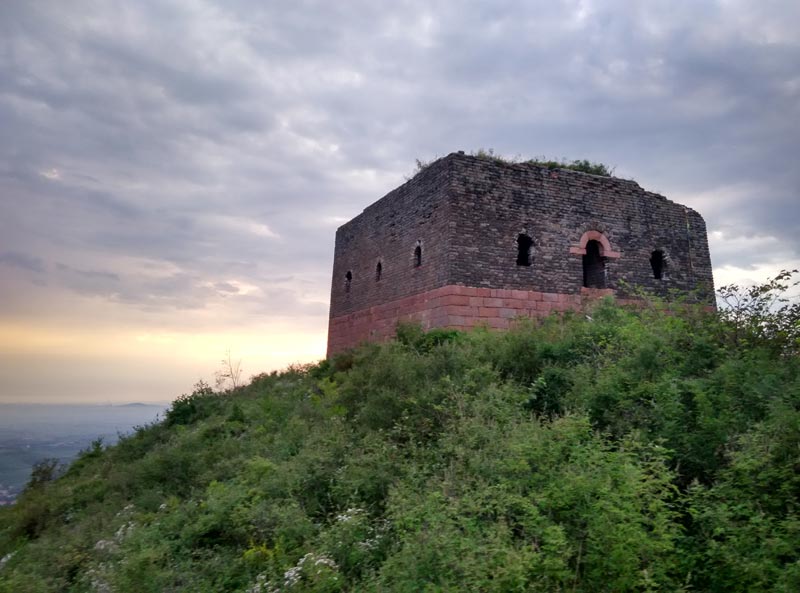 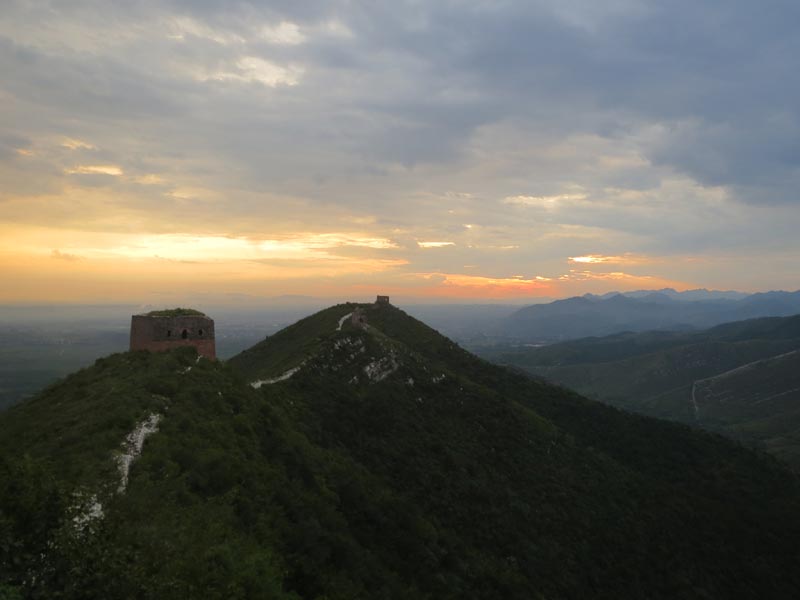 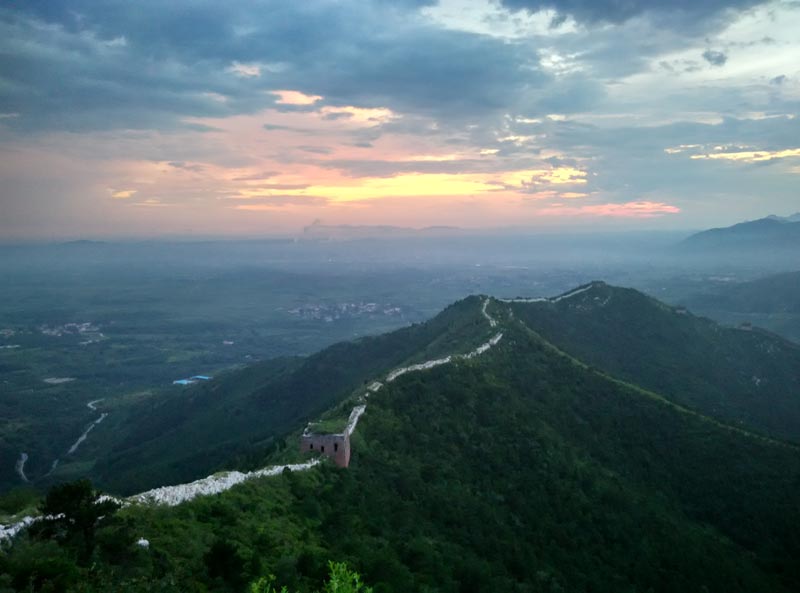 Getting darker, I started at around 4PM and the last of these pictures are from 6:30PM.

So it appears I vastly overrated myself being able to climb down before the sunset... 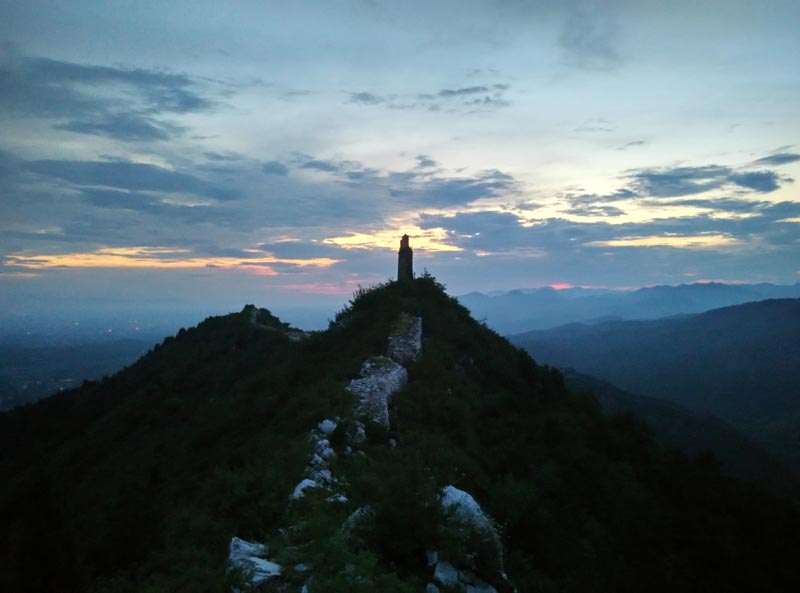 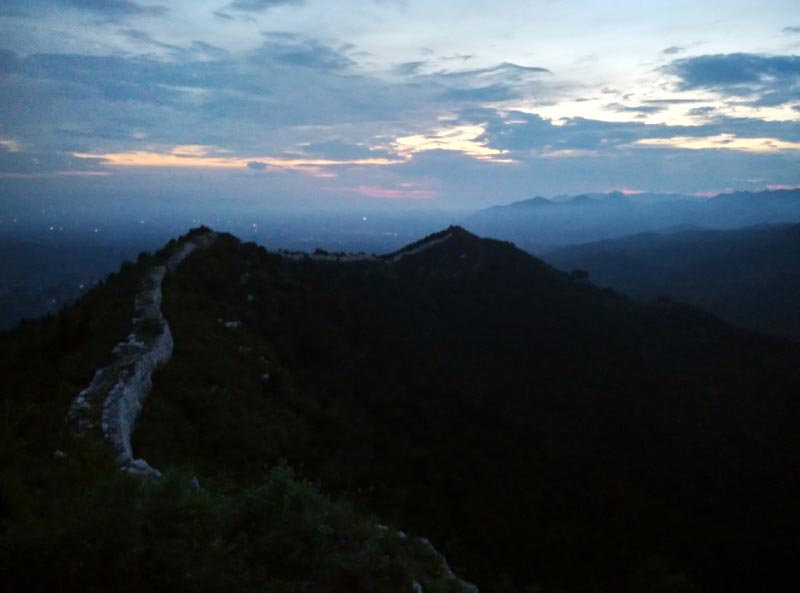 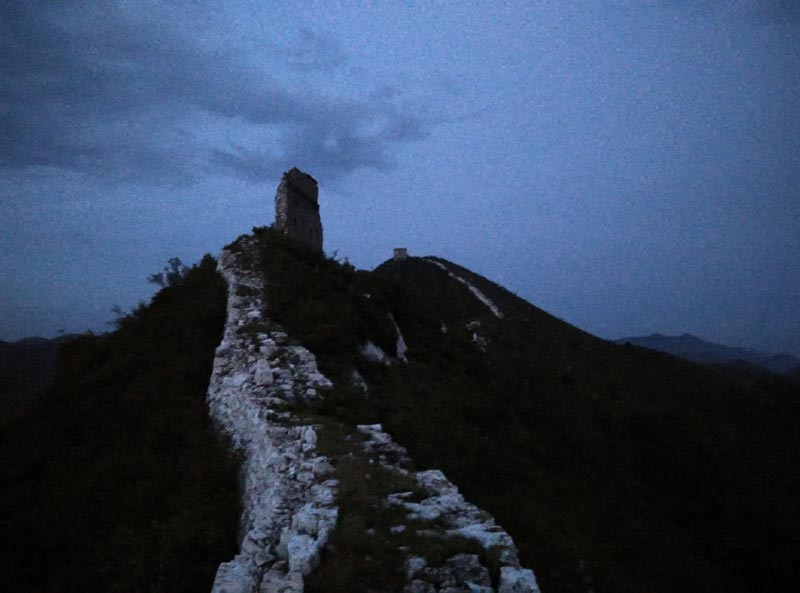 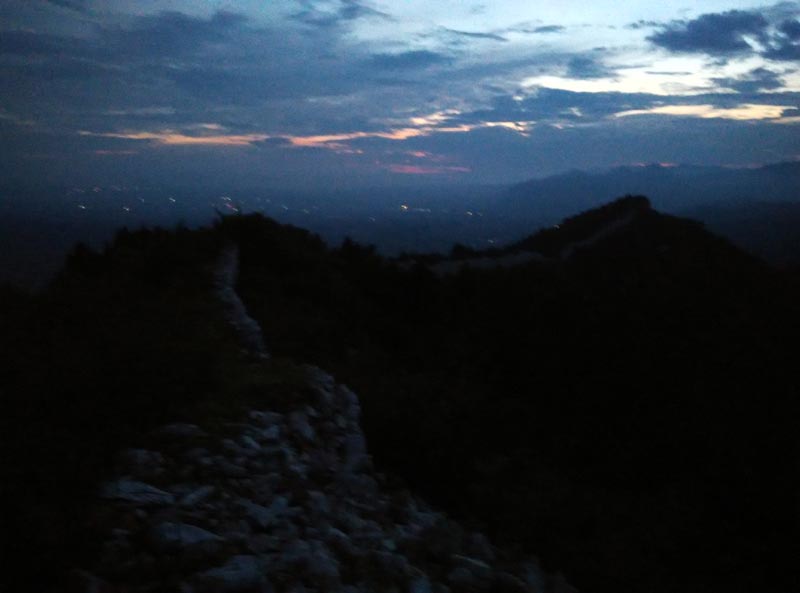 Last picture with some light, took me about another hour to get down. Good thing my cell phone acted as a torchlight! 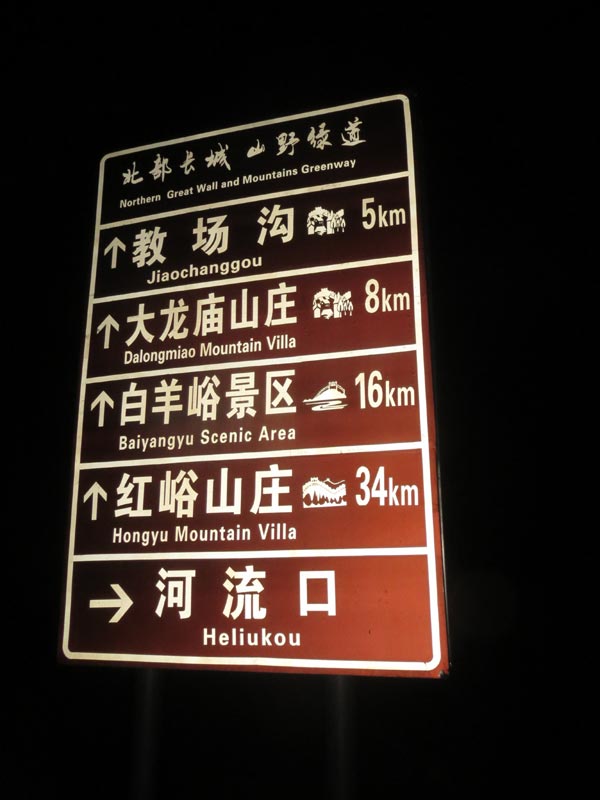 Noticed this sign about a few minutes walk outside the village. Heliukou is right nearby, Baiyangyu is 16km away, Hongyukou is 34km away. Going by the pictures, I guess the other two villages don't have a section of the wall.