Shahukou is an important pass on the border between Shanxi Province and Inner Mongolia. It is also a very interesting place to explore the Great Wall.

No tigers have ever been killed at Shahukou. The word hu also means barbarian, and this was the original name for Shahukou. During the Qing Dynasty, the character was replaced with the one that means tiger to make the name of this and other similarly named, nearby towns more politically friendly.

The Ming Dynasty Great Wall passing through Shahukou is strongly built and well preserved. It features a high density of towers, spaced at intervals of approximately 200 meters (660 feet).

As close as 1.6 kilometers (1 mile) to the northwest of the Shahukou pass, the Qin Dynasty Great Wall runs roughly parallel to the Ming Dynasty Great Wall. This impressive path of the Qin Dynasty Great Wall runs nearly continuously for about 250 kilometers (155 miles) from Laoniuwan in the west and north of Datong towards Zhangjiakou to the east. The Qin wall has towers at regular intervals, though less frequent than the nearby Ming wall, and is augmented with numerous fortresses along its length here. The wall is weathered but still in reasonably good condition, especially in the case of its towers.

About 34 kilometers (21 miles) to the east of Shahukou are the Northern Wei Great Walls discussed in the Datong section.

The Shahukou fortress is in good condition and is extremely interesting to explore. Two of the gates of the fortress have been rebuilt.

Where the S211 highway crosses the Ming wall, a span of about half a kilometer (a third of a mile) of the wall was recently rebuilt in a style similar to the Ming Dynasty brick walls found much further to the east and vastly different from the original construction in this area. It looks out of place and, worse, required destruction of the authentic wall relics that were present.

On the Shanxi / Inner Mongolia Border. There is a short length of reconstructed wall. Lacks the historical charm of the original: 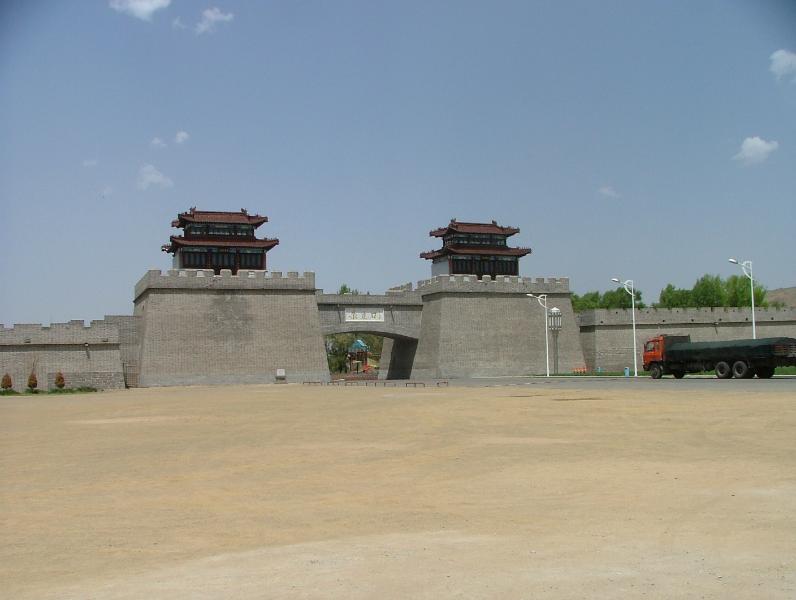 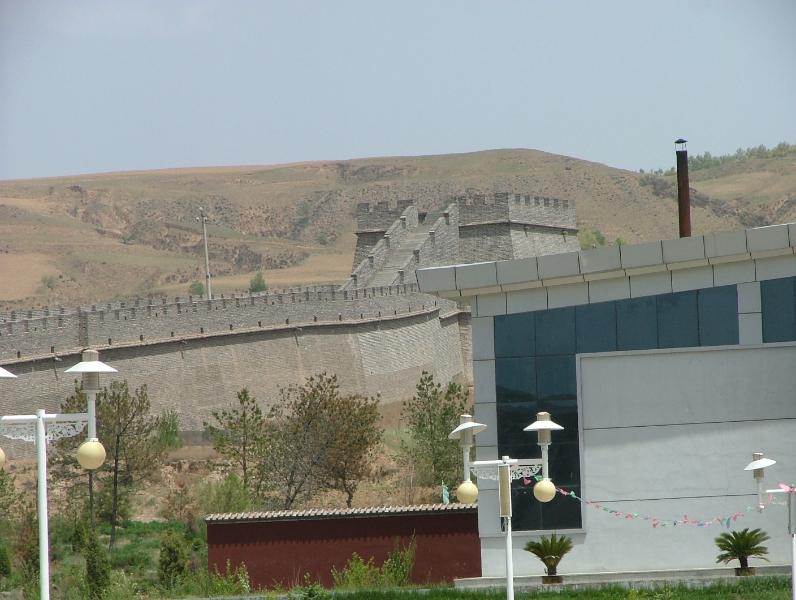 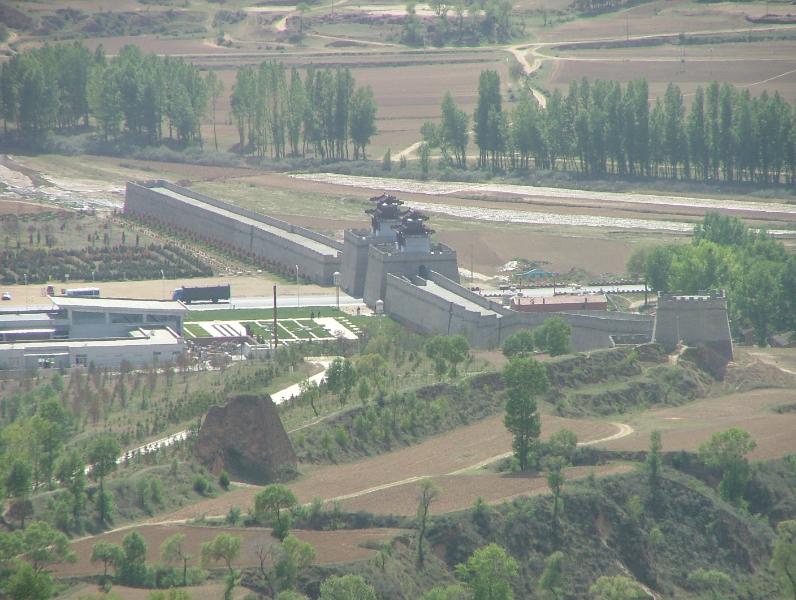 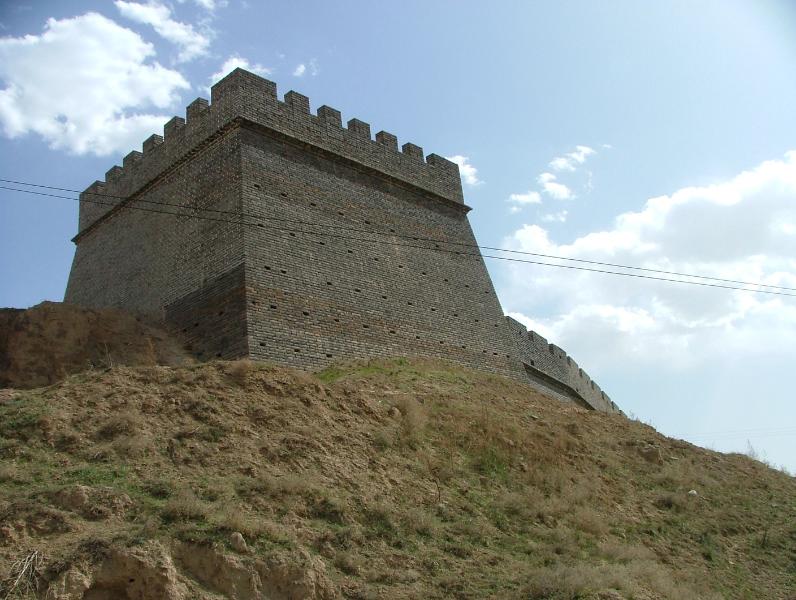 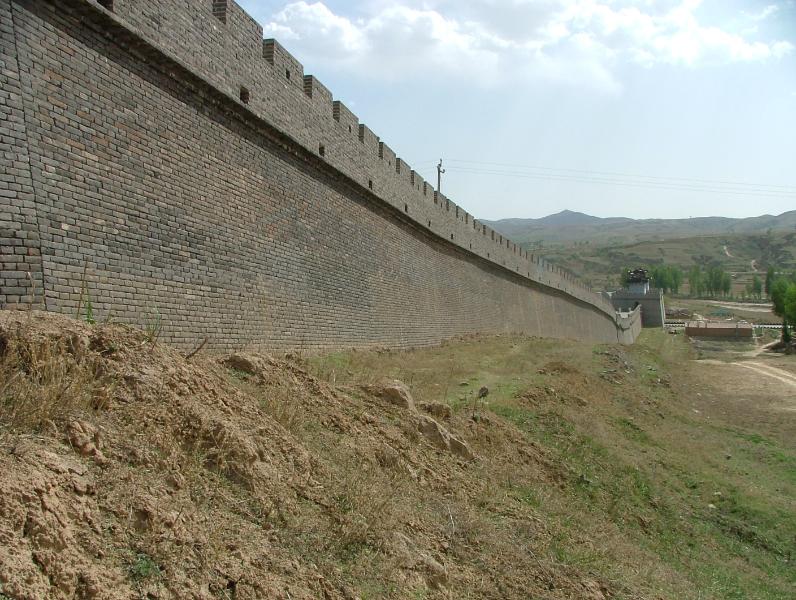 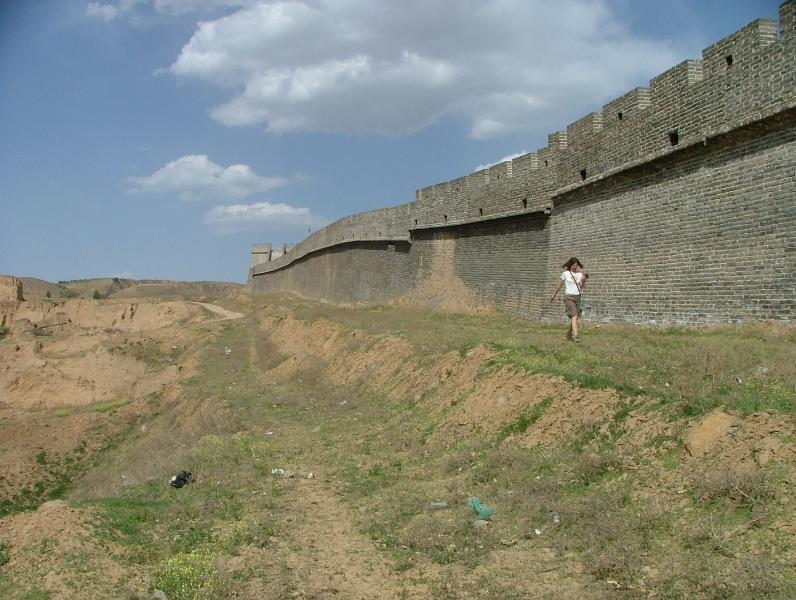 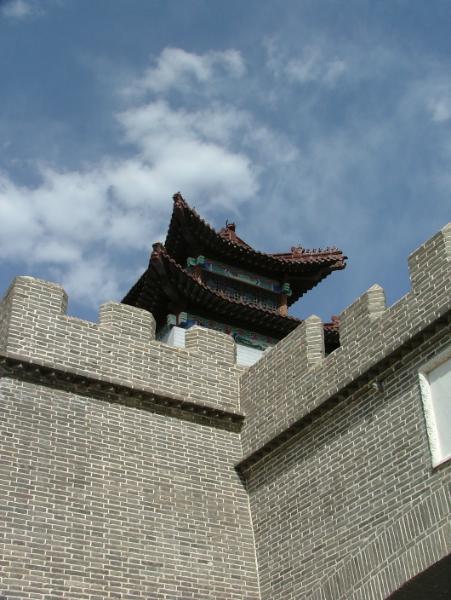 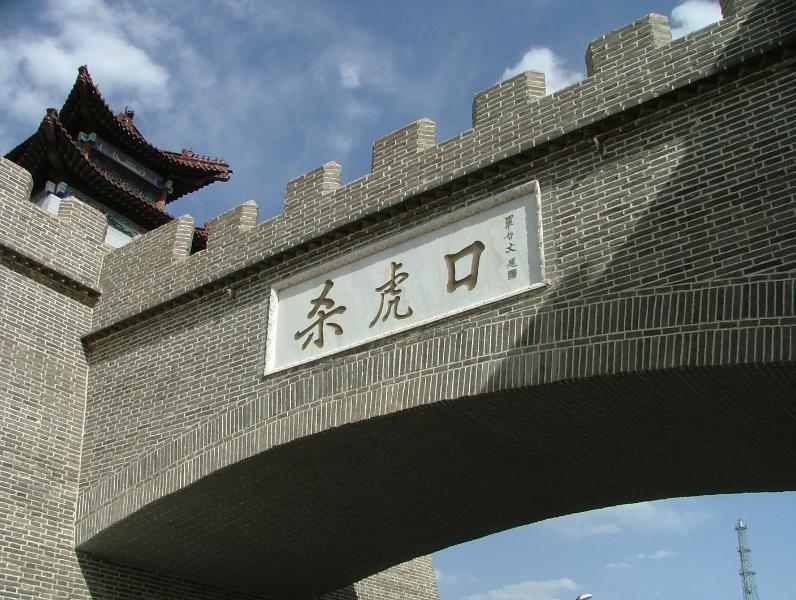 Further away from the main road, the wall retains it's natural state: 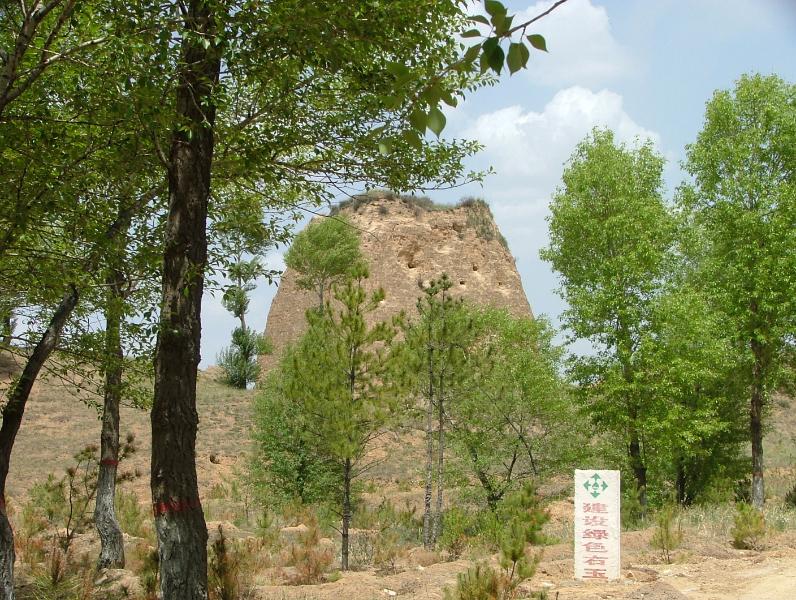 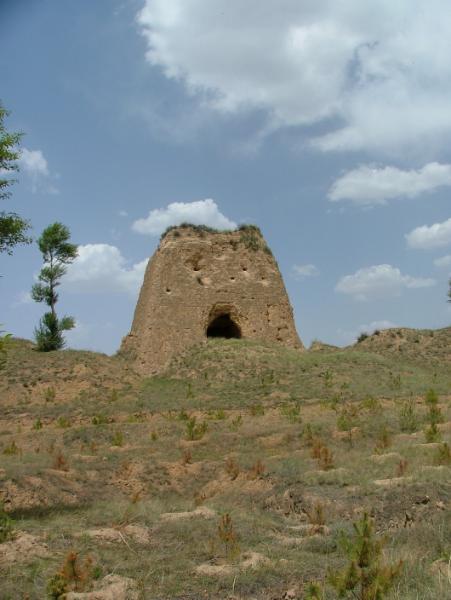 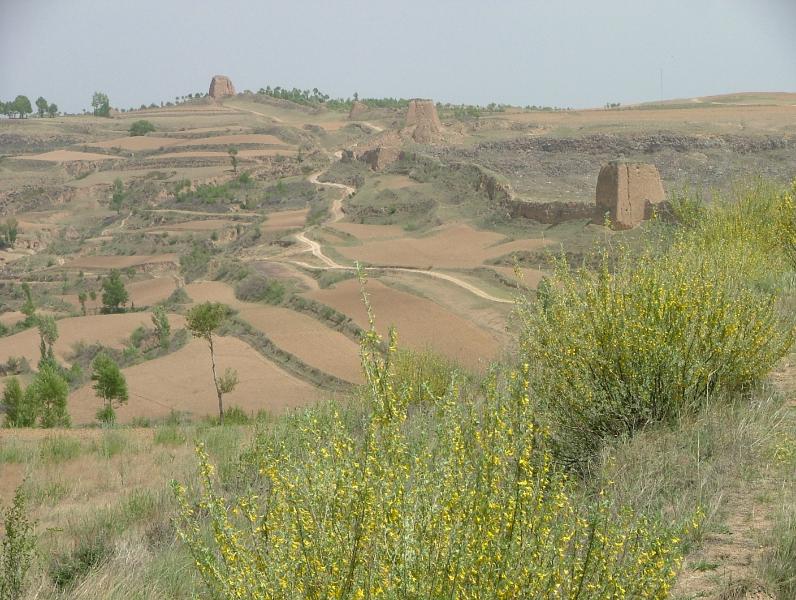 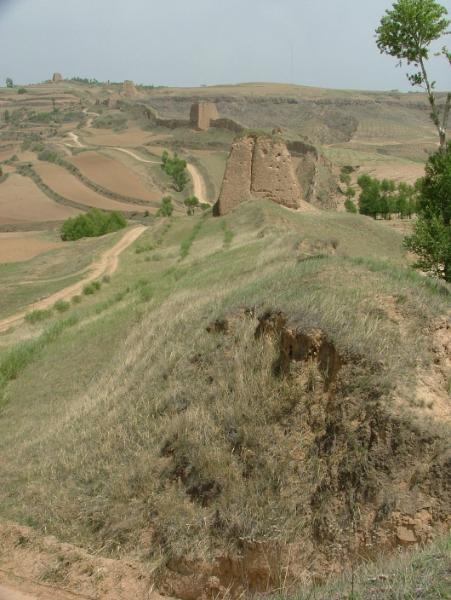 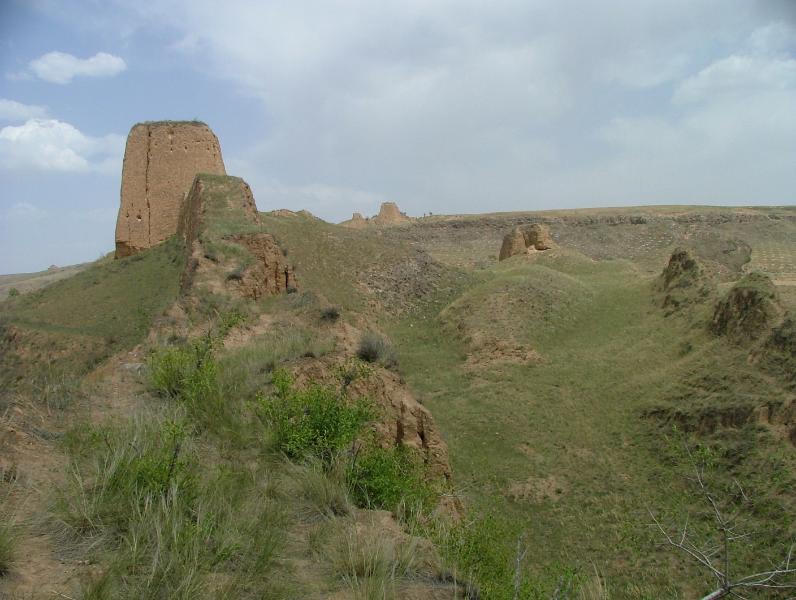 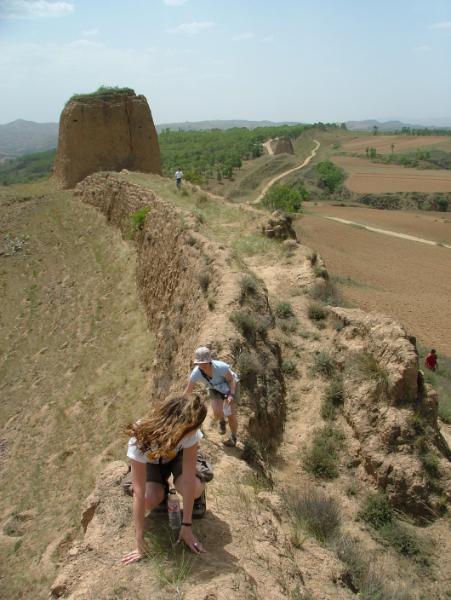 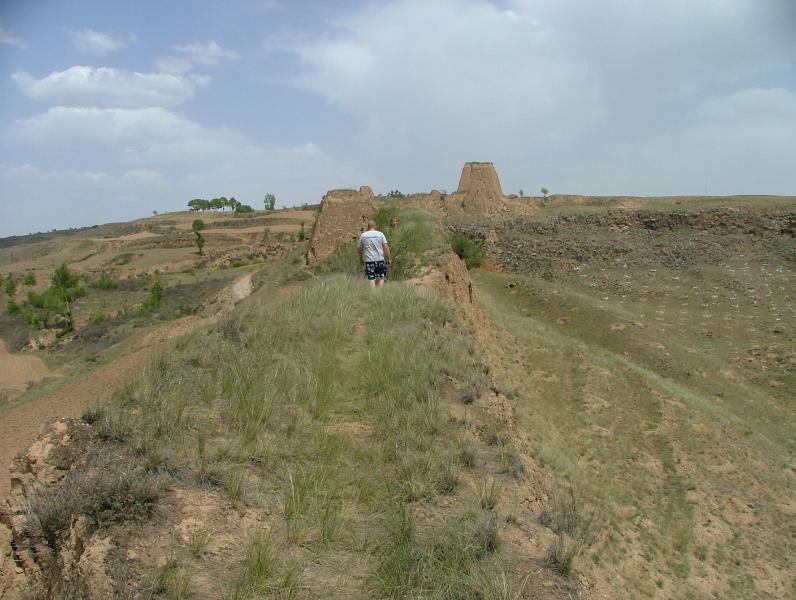 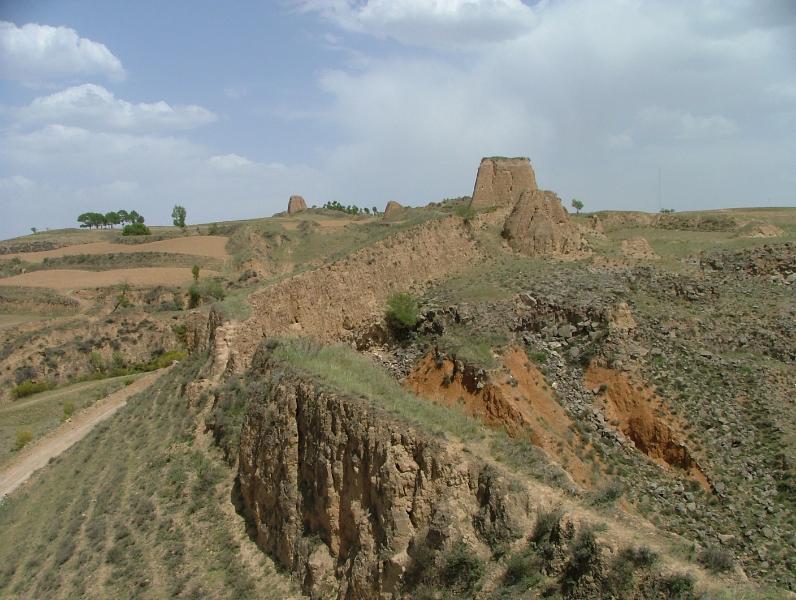 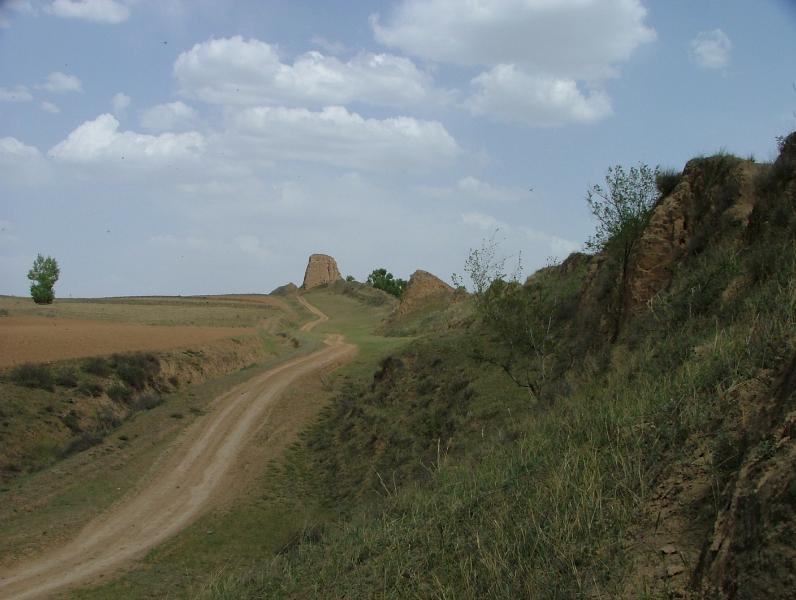 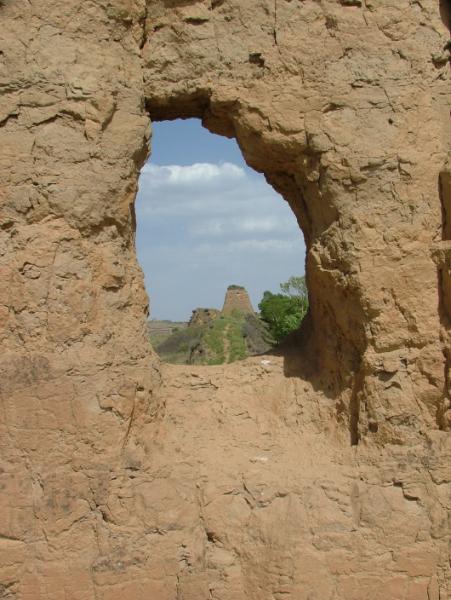 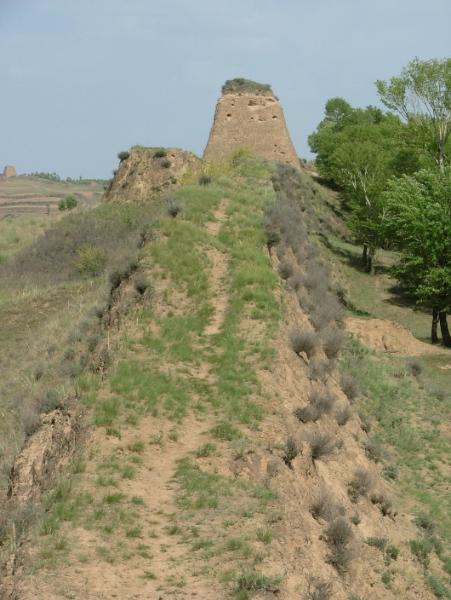 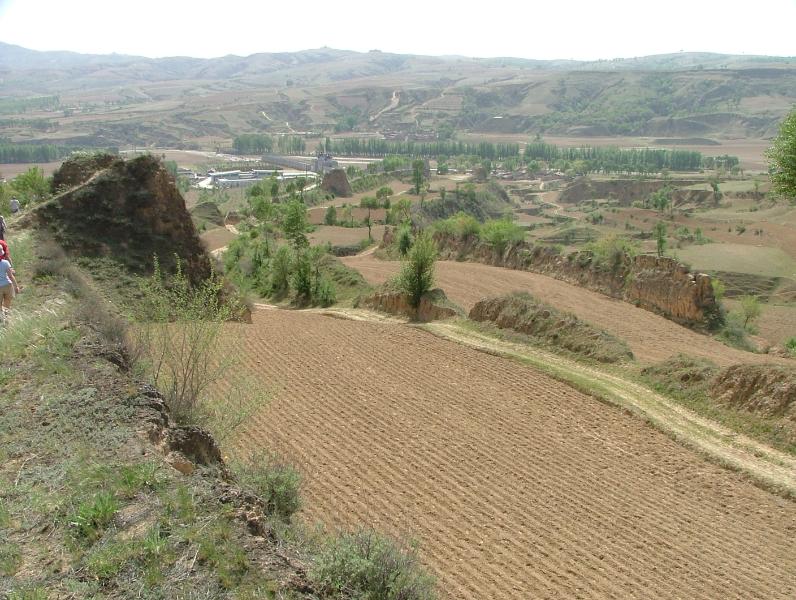