The Great Wall in Shanxi is divided into these locations:

Shanxi is not to be confused with Shaanxi. Shanxi and Shaanxi are pronounced the same except for the tone. Shaanxi is spelled with a double “a” to indicate that it is pronounced with the third tone, rather than the first tone for Shanxi.

Shanxi receives relatively little rainfall. Average January temperatures are below 0°C (32°F), while average July temperatures are around 21 to 26°C (70 to 79°F). Winters are long, dry, and cold, while summers are warm and humid. Spring is extremely dry and prone to dust storms. Shanxi is one of the sunniest parts of China; early summer heat waves are common. Annual precipitation averages around 350 to 700 millimeters (14 to 28 inches), with 60% of it occurring between June and August. Shanxi has a varied geography and offers many tourist destinations. It has a rich and distinctive history but is not as prosperous as some other areas of China. It has a prominent mining industry. Shanxi's western border is formed by the Yellow River. 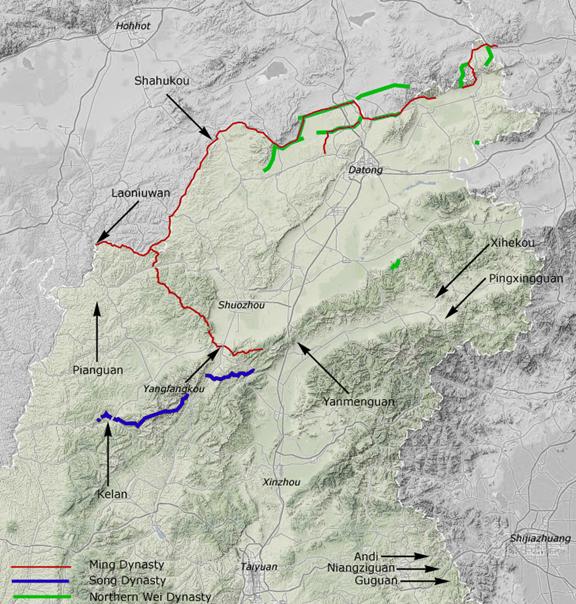